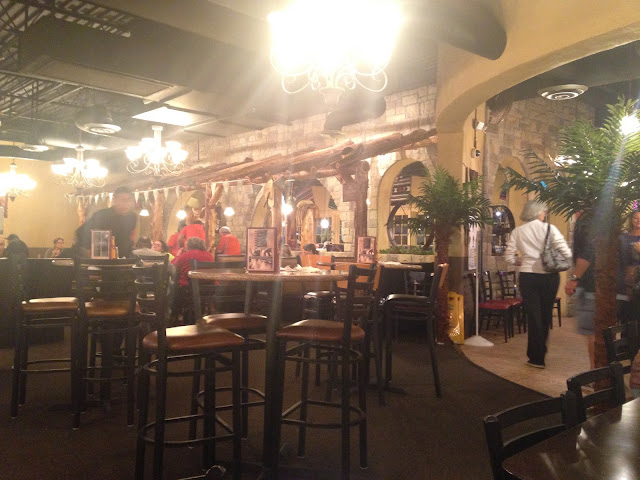 Sunday is our weekly dinner out night and we were again surprised when we pulled into the parking lot to find a sea of cars and a restaurant full of people. Sunday night dinner out in Lawrence is normally so quiet you could be heard whispering three tables away, but not at El Potro. The new restaurant is bigger than the old place, but everything else seems pretty much the same with a few exceptions. 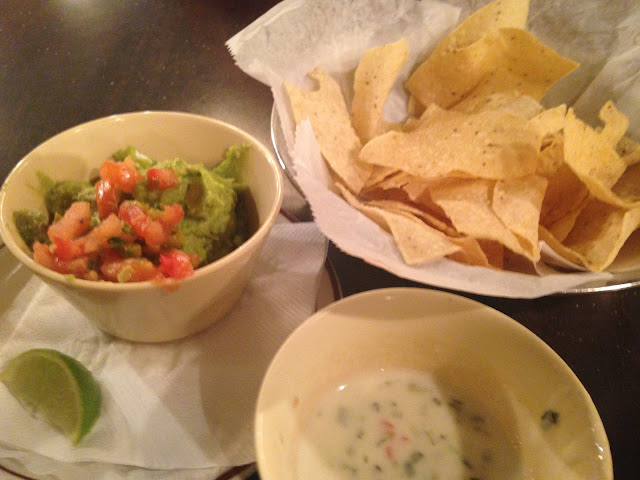 We were quickly seated with the waiter dropping by to take drink orders and the busboy dropping off chips, salsa and free chili con queso. Not only do they give you free cheese dip, it is in a decent size cup. My wife ordered orchata, a sweet rice-based drink from Mexico that tastes like liquid rice pudding with hints of cinnamon. I decided to go with the 22 ounce margarita (frozen with salt) and at $6, not a bad deal. It was fair, but with little alcohol. We also decided to try the guacamole (half order - $3.25), a good predictor of quality Mexican food. Not as good as mine or the best restaurant guac I have had, but plentiful and tasty with just a few chopped tomatoes on top to add color to the appetizer. It was a nice accompaniment to the cheese dip, chips, and salsa.
For our entrees, my wife ordered the vegetable and cheese quesadilla appetizer which came with more guacamole and pico di gallo (which they forgot). Quesadillas are pretty boring and this was no exception ... a flour tortilla, some melted cheese, and a few veggies ... at $7, it seemed a bit expensive to me.
I ordered the deep fried shredded beef tacos ($8.49 - ground beef or chicken also available) and a cheese and onion enchilada ala carte. The server brought three tacos in pre-fab shells (I hate pre-fab shells), so I asked them to bring the correct order. When they finally arrived, the tacos were crispy, the beef was well seasoned, and there was plenty of lettuce and cheese in addition to the standard rice and beans. The shells were pliable enough to add some guacamole, pico di gallo (from my wife's order - she hates tomatoes) and salsa, but the tortillas are thinner than I remember and fell apart on first bite. The enchilada came on a separate plate and was pleasing to the eye with a colorful accompaniment of sauce, cheese, lettuce and tomato. The enchilada ($2.50) was a tad small and the sauce spicy, but not overly so and the ratio of cheese to onion to sauce was good.
They also had a guy with a guitar going from table to table singing Mexican mariachi songs. A nice touch, but he was not great and there were two small signs attached to his guitar reminding us that he works for tips. I understand that, but think it is a bit tacky to pressure customers into paying $1 or more for a single song which was all he stuck around to play. If you are going to provide music, pay the musician and if he gets a few tips, he can think of it as a bonus. 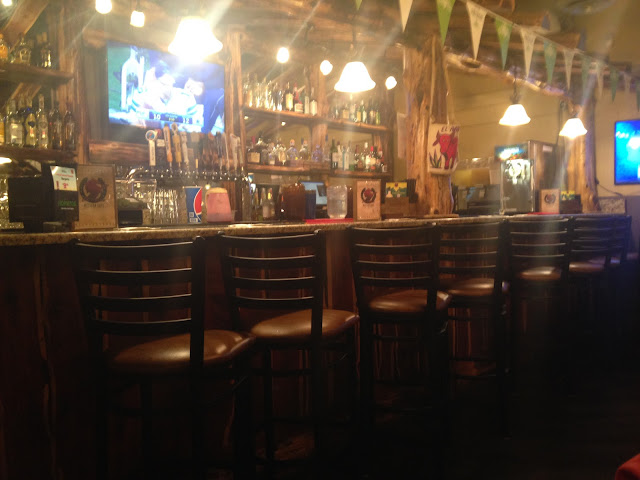 The new El Potro was not quite as good as the old one. The chips and corn tortilla taco shells are thinner than I remember, breaking easily. The margarita was not as tasty as at the old place and there was much less tequila. After drinking a 22 ounce margarita, I barely had a buzz. They got a 7 out of 10 score two years ago, but I have to drop a bomb after a less than stellar return visit.