Tulsa, OK: Nicer Than Expected, But Not The Value Hotwire Led Us To Believe 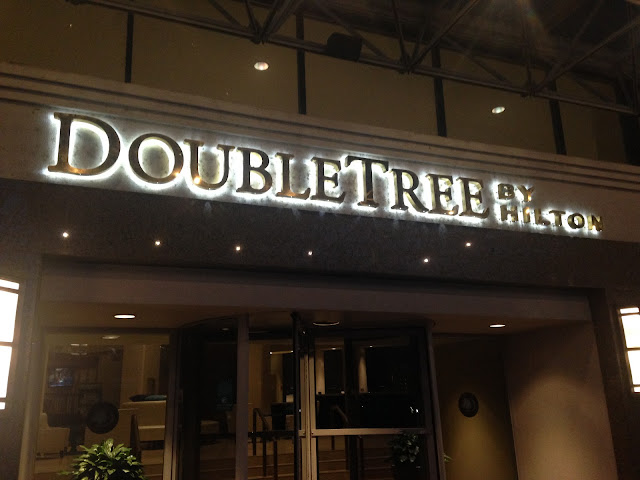 For the price we paid on Hotwire, $55 per night, this hotel seemed to be a good value and likely would have received 4 Stars (8 Bombs). Figure in the taxes and fees ($37), as well as Hotwire's additional unadvertised parking charge ($10/night), bringing the total to $232 ($77.33/night) for three nights, it was not such quite as good a bargain after all, hence my rating. 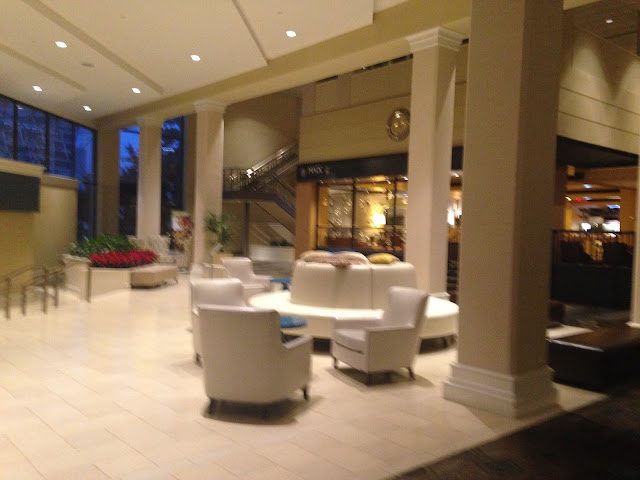 The reviews I read were not great with many people talking about how dated the hotel is, but we found the exterior, lobby, and public areas very nice, but only the room was a bit dated with popcorn ceilings and ugly carpeting. Otherwise, the room was large and pleasant with complimentary coffee, but no mini fridge. 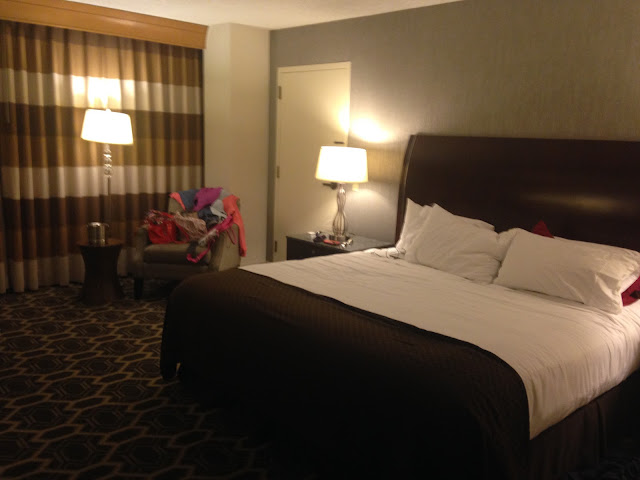 As in most Hilton's I have stayed in, there always seems to be something wrong. In our room it was the disgusting air intake vent in the bathroom. There was something growing inside and I did not want to find out exactly what it was. 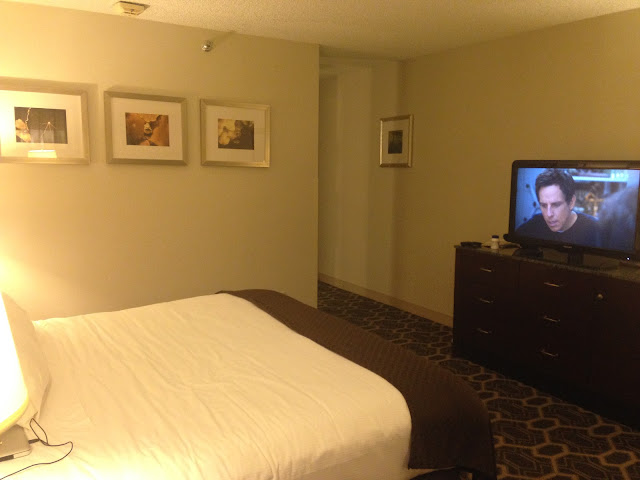 Once you reserve, they nickel ($5) and dime ($10) you, making what looked like a bargain on Hotwire just another expensive endeavor. Unlike smaller chains and independent operators, the big boys like Hyatt and Hilton do not include breakfast, parking, and wi-fi. Slow wi-fi was included at this property, but you had to pay if you wanted to stream video on Skype, Netflix, etc., so my wife could not Skype with her family in Italy unless we paid the additional fees. 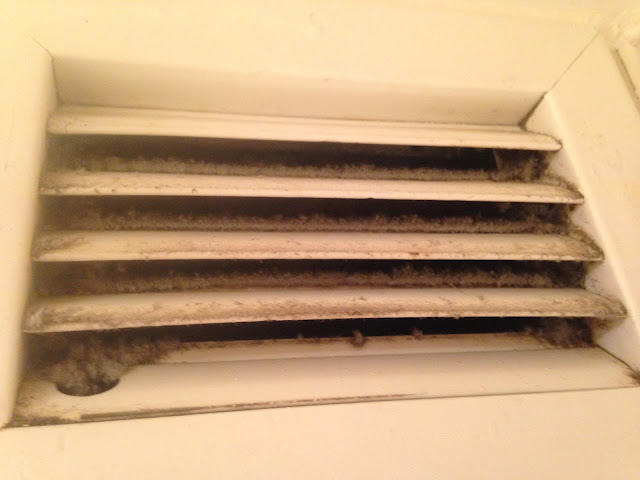 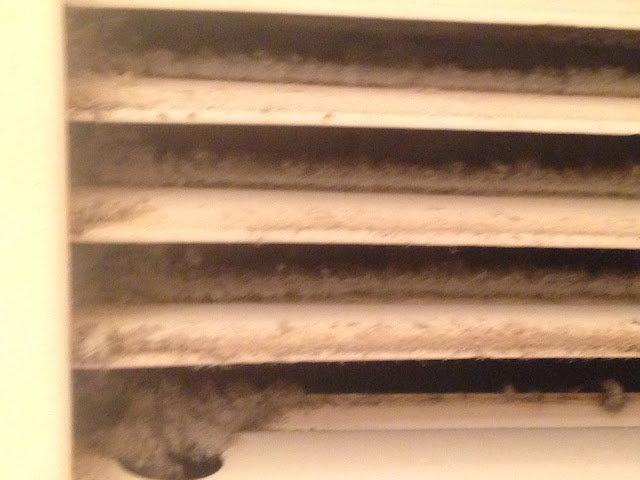 The pool and jacuzzi were nice. The pool is reasonably big with a 25-yard swimming lane on one side and the temperature a pleasant 76 degrees. The jacuzzi is a bit small with only one place to submerse yourself to the shoulders, the steps, and the temperature nice and hot at around 104-105 degrees. The only problem being that you have to traverse the lobby in your bathing suit to reach the pool area which is located next to the front desk, a poor design and an embarrassing hike past guests and employees, dry or wet. 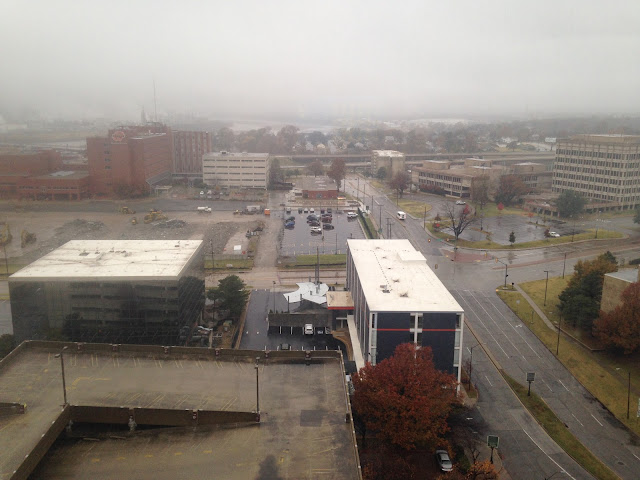 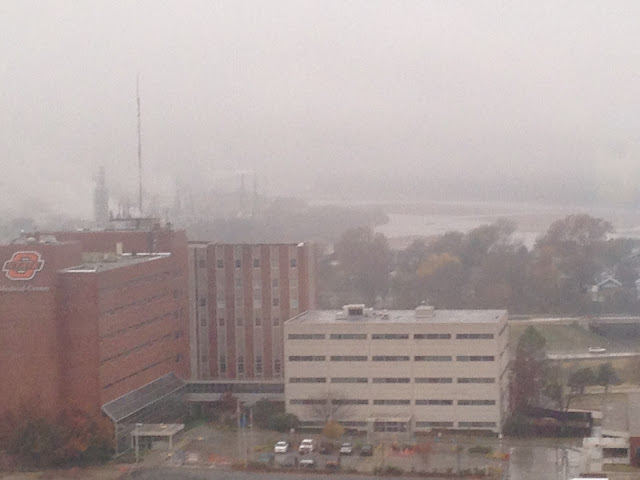 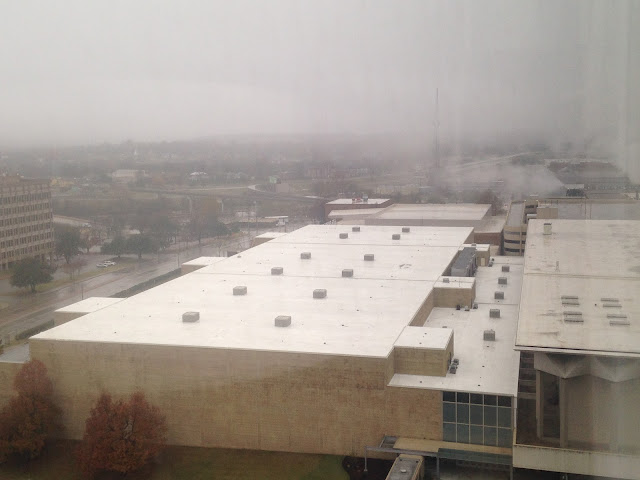 Unfortunately, the weather was horrible the entire weekend, raining the entire 5 days with temperatures in the low-mid 30s, so we were stuck in the room much of the time.

For $80 a night in Tulsa, Oklahoma, parking and breakfast should be included in the price at a nice, but not spectacular hotel. Had it been, they would have received one of my top ratings. However, it was a fairly nice hotel, even at an inflated price over what Hotwire had advertised to lure me into the purchase.

Title: Nicer Than Expected, But Not The Value Hotwire Led Us To Believe