Dallas,TX: I Wish Southwest Flew To Europe And Asia


As we all know, major airlines suck ... snooty, rude crews that obviously hate customers, terrible food, and too many restrictions. I have flown Southwest for many years and have always been impressed with their efficiency, professionalism, and friendliness of the airline and its crews. Having been an Air Force Transporter, working with military aircraft and passengers for many years, I know how difficult a job they have and the constraints they must work under, so it is about time that I wrote this review. 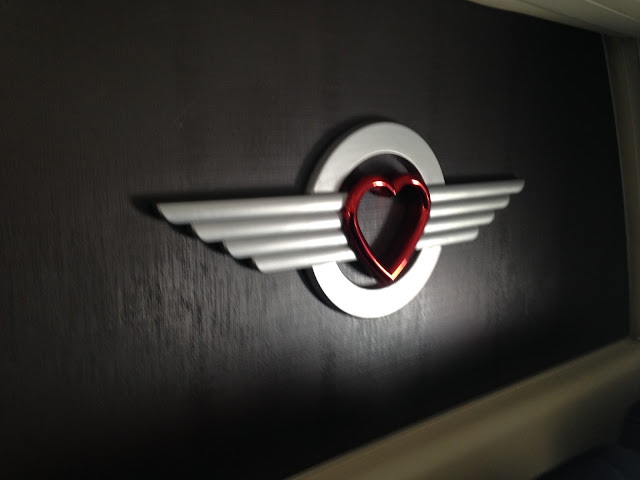 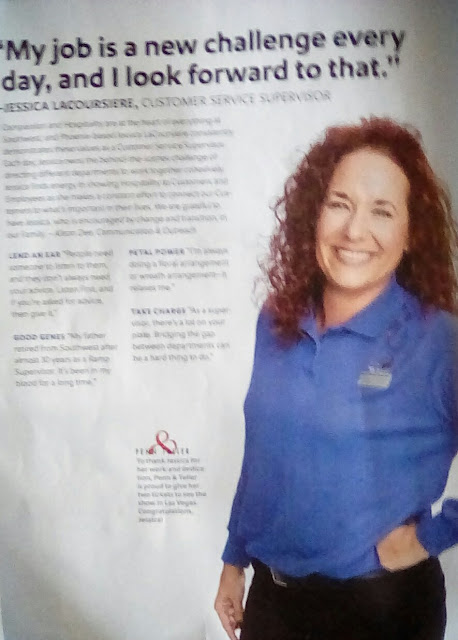 Flying from Kansas City to Portland on Flight 518 (1/31/17), my Las Vegas based crew were Captain Criswell, First Officer Diamantopoulos, Flight Attendant Lisa, Flight Attendant Rob, and Flight Attendant Armando. On the return trip, Jules and Jennifer took good care of me on Flight 405 from Portland to Denver, even decorating the galley, and themselves, for Valentine's Day
Southwest's boarding system is second to none. Lufthansa, being German and typically anal, also has very efficient boarding procedures and crews, but they are cold and aloof as most Germans are perceived to be (I am half German by the way, so don't go all PC on me you flaming liberals). We lined up in two rows, everybody respecting their numbered place in line. There is no need for the massive gaggle of passengers wanting to be the first ones on the plane as is the case with most airlines. The TV monitors tell you when to board and you effortlessly hand the agent your boarding pass and pick your seat. That is correct, no pre-assigned seats.
I was first warmly greeted by Lisa, then Rob came, as friendly as can be, to take my drink order. By the way, booze is just $5 on Southwest with room for a profit margin, but not gouging passengers like the major airlines do ($8-$9 for a drink). Then Armando graciously insisted that I pass on the way to the loo (that's toilet for you Yanks), even though he had a tray full of drinks in his hand. 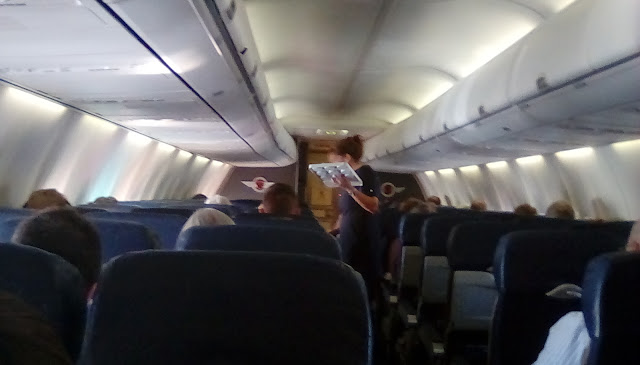 Unlike United Express, which we normally fly out of KC (because we normally travel overseas), Southwest's aircraft was modern and spotless, even the loos. United Express planes are gross and held together with duct tape. I kiss the ground and thank the Lord every time I arrive safely on United Express and I am very far what you would call a bible thumper. Half of the plane was full, so we even had our choice of seats with just one person to a row if we wanted. 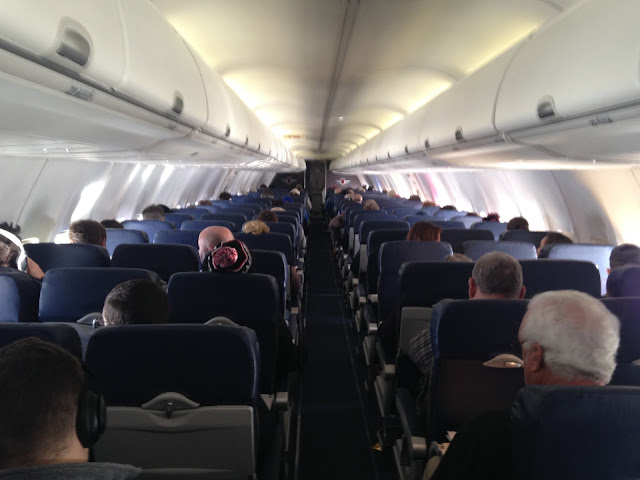 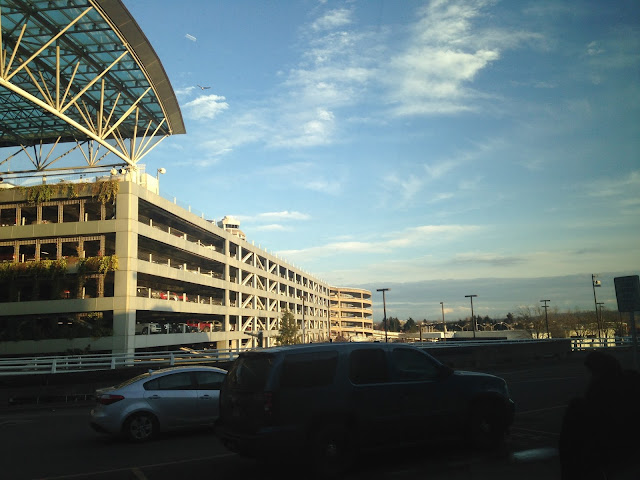 Southwest is always an easy ride and the crews are routinely friendly if not downright hilarious. I have flown there US-only competitors and there is no competition in my mind. Compared to the stuffy, I hate passengers, attitudes on United, Delta and other major airlines, Southwest is a breath of fresh air and the crews of Flights 518 (MCI-PDX - 1/31/17) and 405 (PDX-DEN - 2/7/17) were a delight. Heck, you can even watch free live TV on many domestic flights. 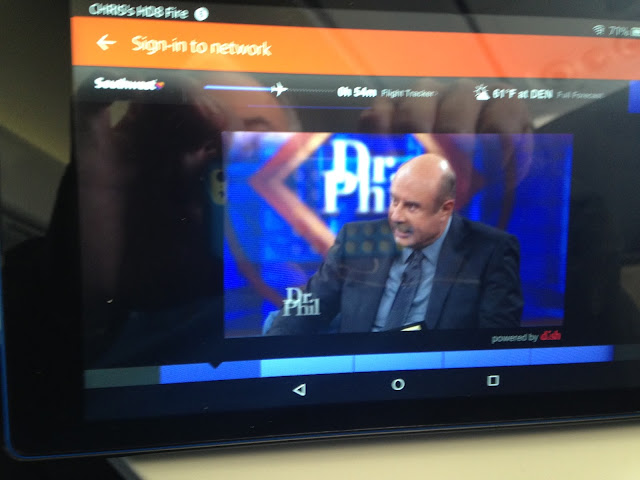 Thank you Southwest and thank you Captain Cris, First Officer I can't pronounce you Greek last name, Lisa, Rob and Armando, Jennifer, and, especially, Jules ... it was a pleasure flying with you ... WELL DONE!

Title: Dallas,TX: I Wish Southwest Flew To Europe And Asia

Thanks for the kind words! It was a pleasure having you on our plane and I'm glad you LUV Southwest as much as we do!

Thanks for the kind words! It was a pleasure having you on our plane and I'm glad you LUV Southwest as much as we do!

It was all my pleasure. Thank you for your kind words.

Thanks Jennifer! I enjoyed the flight and your enthusiastic costume and decorations. Southwest is the ONLY airline I know of that allows crews the leeway and flexibility to have so much fun while on the job. Please tell Jules I say hello, I hope to see you both on a future flight, and wish you all a very Happy Valentine's Day (your significant other better not forget)!