Now I understand why this place rates just three stars. The food was good, but lukewarm and the staff obviously were more concerned about closing and cleaning up than customers. 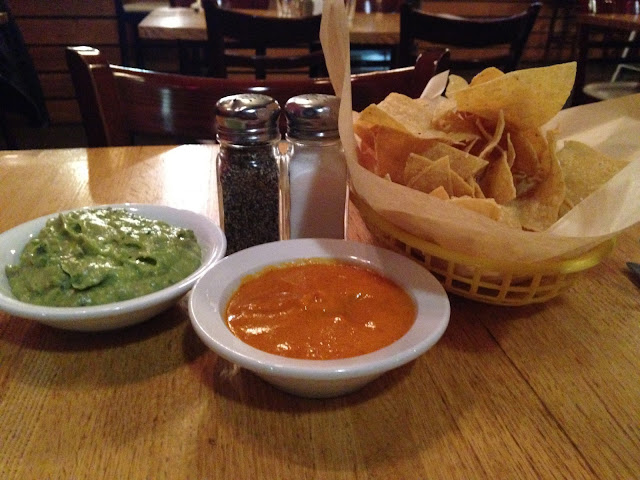 I ordered the guacamole and chips ($4.95), a decent (not huge) size of mediocre guac and chips that seemed to be made in house. It is obvious when guacamole is cut with something (Imo, sour cream, tomatoes, etc.) to increase profit and this was, although not bad. Their house salsa was the highlight of the meal, containing all of the ingredients of pico de gallo (tomato, white onion, jalapeño or serrano chile, cilantro, and lime juice) roasted, then blended into a thick, creamy dipping sauce that was absolutely wonderful. 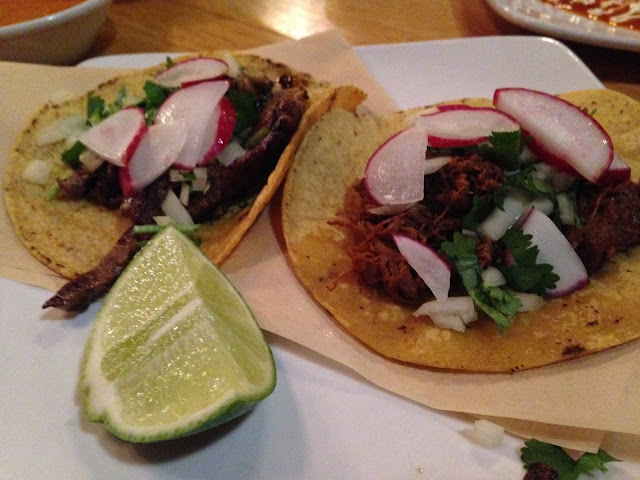 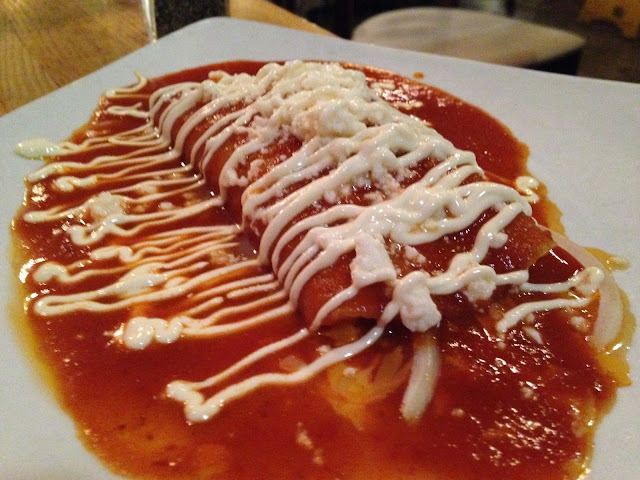 Then came dinner, quickly. When the entrees arrive so quickly, you know they are closing and want to pump out orders as fast as they can so they can clean (which I observed) or the stuff is all prepped and thrown together once ordered. My pet peeve, the server brought my entree before I was less than halfway through my appetizer ... HELLO, CHIPS, SALSA, AND GUACAMOLE ... please let me enjoy them before you bring my food. 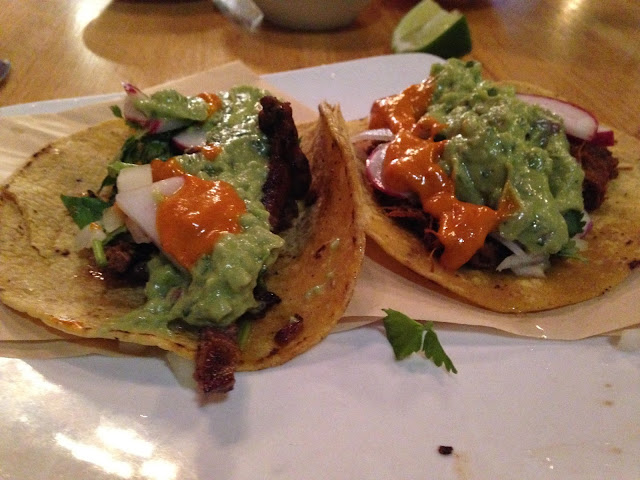 In this case, it did not matter because the food was lukewarm, at best, when it arrived. I ordered two tacos ala carte ($3.50 each - one carne asada and one with "mama's braised beef") and a cheese and onion enchilada ($3.75 - with rojo - red - sauce). The enchilada was not cold, but almost, and the cheese inside had barely been melted. The flavor was actually quite good, but would have been much better properly warmed.

It was obvious that clean-up and closing were more important than customers because the cleaning started well before closing time and they turned away a couple that arrived a few minutes after 9pm (closing).