Coming from the Pacific Northwest, and our dearth of decent Mexican restaurants, I was slightly impressed with Macayo's food and the service was good, not great. We were greeted warmly by a gaggle of young ladies who asked us if we wanted to take advantage of Happy Hour. 'You bet your bippy' we do, I said ... HOOAH! 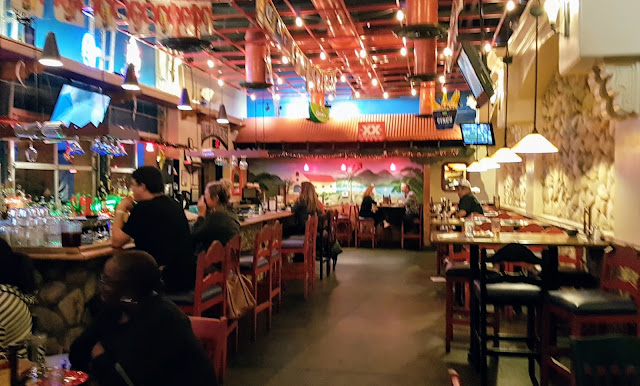 Their house margarita was $6 and their guacamole $5, so we ordered both, but I got a Yelp Check-In offer for a free Cheese Crisp ($5 value) and could not turn it down. The chips and salsa were rather late in coming, but the chips seemed to be fresh and the salsa was fairly good. The guacamole had too many tomatoes for my taste, but it was OK, needing a little salt to enhance the flavor. My blended margarita came in a 16 ounce glass and tasted good, but their was not much tequila in it - little tequila taste, little buzz.

If you know me, one of my biggest pet peeves is when a server brings out the next course when you have not yet finished the previous course. The guacamole was not nearly finished when our dinner entrees arrived, something you would never see at even the most basic restaurants in Europe and many other countries. The message: GET THE HELL OUT OF HERE AS FAST AS YOU CAN SO WE CAN SEAT ANOTHER PARTY. 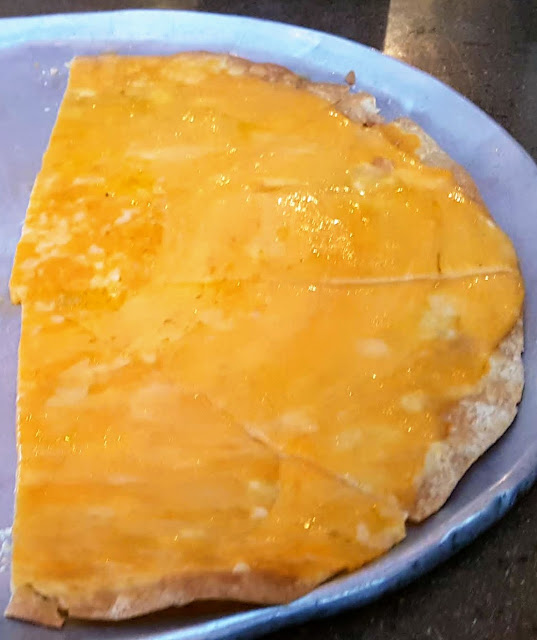 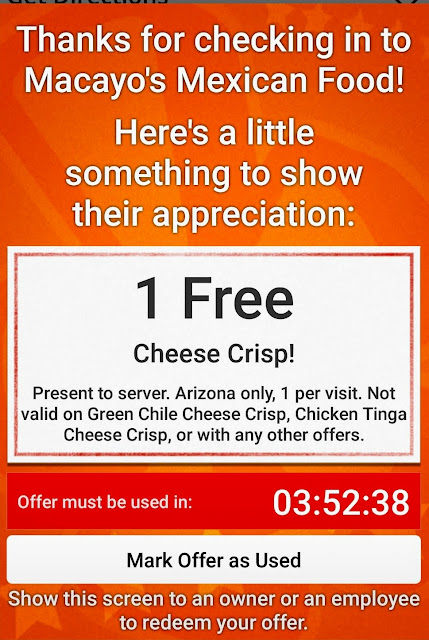 My friend's Green Chile Pork Stew ($8.99) consisted of pork sirloin, fire-roasted poblano chile, tomatillo, jalapeno, onion, and cilantro, served with warm flour tortillas. She thought it was great, except for the extra kick from the poblano chile and jalapeño pepper that was just a bit too much for her. 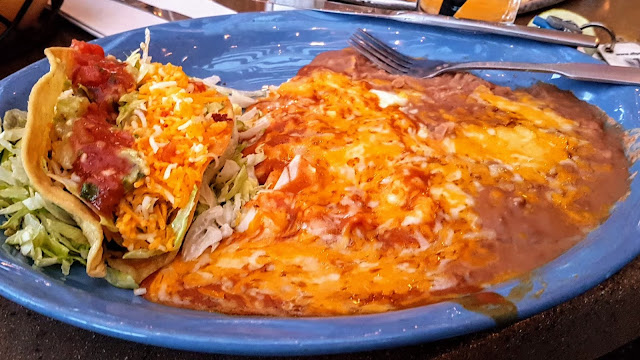 I ordered the Mex-and-Match (no, I am not a racist, it's their name for it, not mine - $13.99) with two items and two sides, specifically a shredded beef taco, cheese and onion enchilada, refried beans, and tortilla soup. I assumed that the tortilla soup would come before my meal, but it arrived along with my entree which became colder and colder while I ate the hot soup, which was very good by the way. The taco was very good, crunchy with the right ratio of shredded beef, lettuce, tomato, and cheese. The enchilada was also good, but I could not locate the onions in my cheese and 'onion' enchilada and my beans were rather unspectacular. 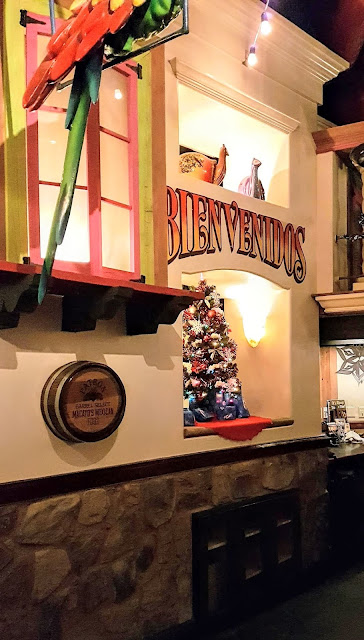 I started writing this review considering a 7 Bomb rating, but as I wrote, recalling the positives and negatives of the experience, that rating seemed a bit too high, particularly in light of my pet peeve outlined above - train your servers to hold off on submitting entree orders to the kitchen so that patrons can finish one course before receiving the next. Overall the food was pretty good, the prices reasonable, especially the happy hour items, the service decent, and the ambiance nice, especially out on their patio where we were seated.