Phoenix, AZ: Is That A Schnitzel In Your Liederhösen Or Are You Just Happy To See Me?

Achtung meine freunde, from the outside, this place looks like a country biker bar more than a German restaurant, but the inside is, relatively, much nicer and the place has pretty damn good chow ... HOOAH! 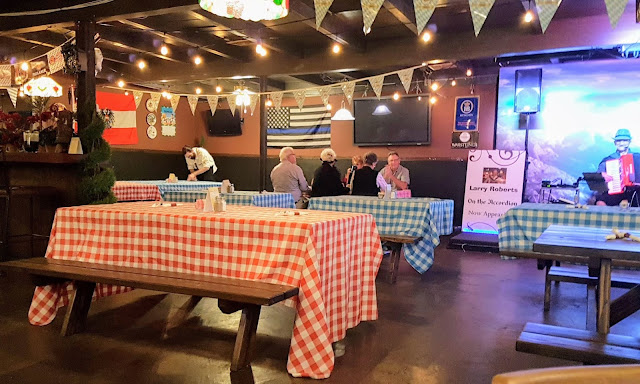 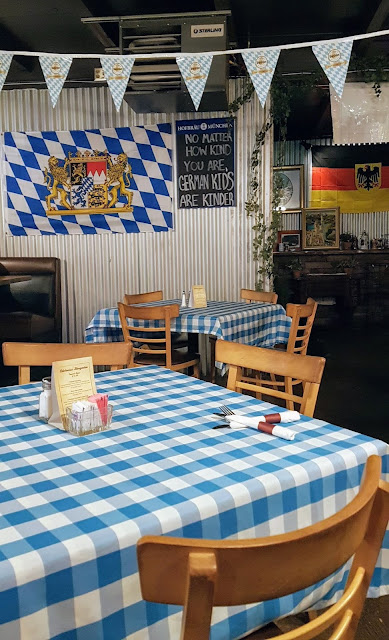 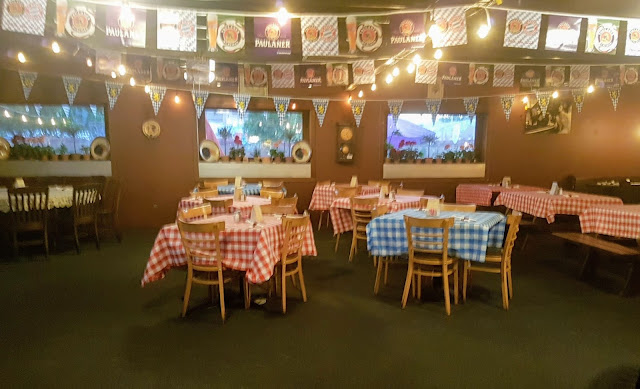 Having served our great nation for 20+ years, including 6 years in Europe (England and Italy), I spent quite a bit of time in Germany and know what authentic German food tastes like. This place gets it right despite the austere exterior. The inside is HUGE, reminiscent of one of the large hofbräus or gästhaus in Munich and other German cities with flags of the different states hung on the walls and a guy wearing liederhösen playing the accordion on their small stage. They even have a large biergarten, hence the name, in the back where you can enjoy a bier or a meal when the weather permits. 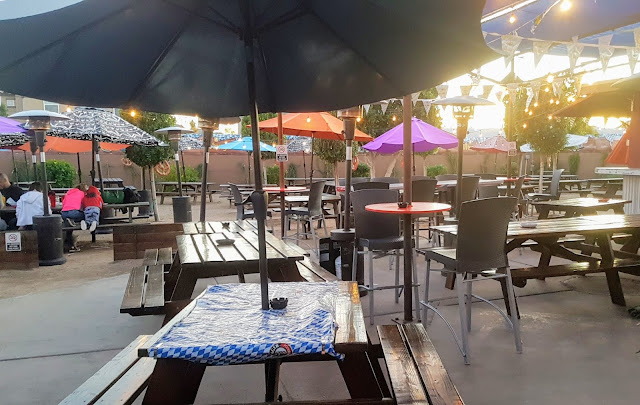 For an appetizer, which I received a 20% discount on for checking-in on Yelp, I got Opa's Favorite ($11.95 before discount), wedges of Gouda cheese breaded and fried, accompanied by their homemade cranberry sauce. The wedges were, as President Donald would say, HUGE and the cranberry sauce very tasty, a nice accompaniment to the Gouda, I polished of 1.5 of the 2 wedges, but had to stop to make room for my main course. 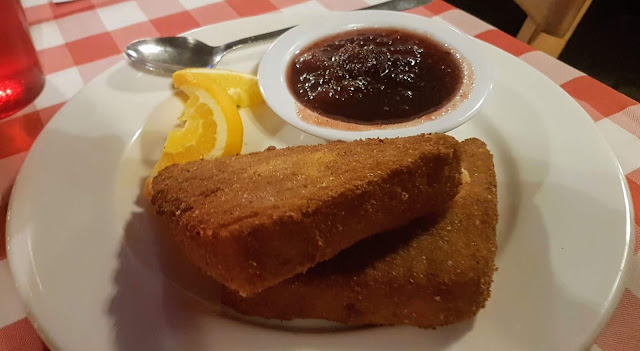 I decided on the Schnitzel Cordon Bleu ($17.95), pork cutlets filled with ham and cheese, then breaded and pan fried to a golden brown. I asked the server if I could get a side of Jaeger sauce for my cordon bleu and he told me, "that will be $1.00 extra, is that OK", to which I replied, it's my birthday, let's splurge!". The cordon bleu was thick and crispy on the outside and hot inside, allowing the gooey cheese to ooze out when I made my first cut ... WUNDERBAR! The jaeger sauce was the topping that iced the cake or, in this case, the schnitzel, a delicious cream sauce with plenty of mushrooms and pieces of bacon to enhance the flavor of the already very good cordon bleu. The spätzle appeared to be made in-house and was also very good and the accompanying cucumber salad decent. 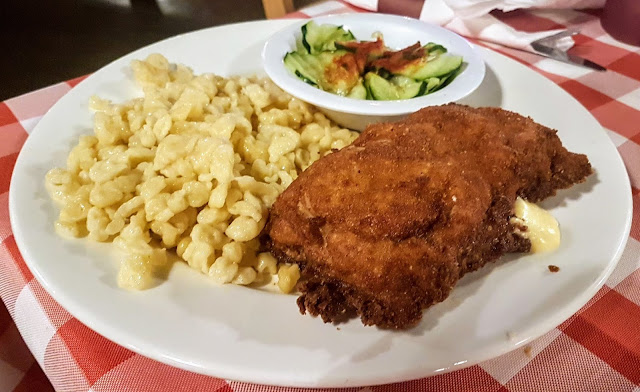 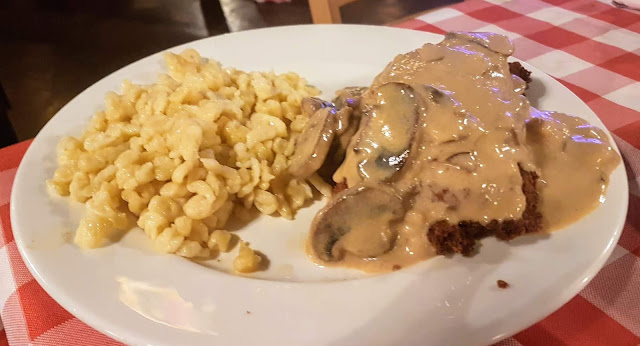 I never did get a "happy birthday" or a gratuitous dessert and that was just fine with me because I do not like being made a fuss over and I was so full that I could not have eaten it anyway. It would have been nice of them to offer though, even if I would have turned it down in any event.


Seedy, dilapidated exterior, a more appropriate interior, decent service, and wonderful, reasonably priced food made this biergarten a hit with me and "I shall return", wait, that was Patton, "I'll be back", no that was Schwarzenegger, oh, never mind.

Translation for Civilians: "What-The-Fuck ... Over!"
Read More Reviews By CombatCritic:

Title: Phoenix, AZ: Is That A Schnitzel In Your Liederhösen Or Are You Just Happy To See Me?