Surprise (Phoenix), AZ: Don't Be The Lone Ranger, Gallop Over To Oscar's For The Best Tacos In The Southwest!

I do not say this very often, but THIS PLACE IS THE BOMB, 10 Bombs in-fact. If you love tacos, and all discerning and patriotic Americans loves tacos, you have to try Oscar's, now, get over there! 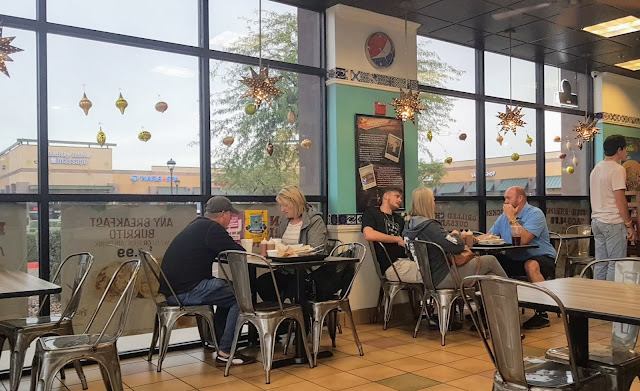 Having grown up in LA and lived three years in San Antonio, Texas, I know good Mexican food, especially tacos, when I see or taste one. Oscar's makes their own corn tortillas and they are HUGE! Then they fill them with a ton o' meat - pastor, carne asada, and carnitas among many others - then pack on the pico de gallo and guacamole ... HOOAH 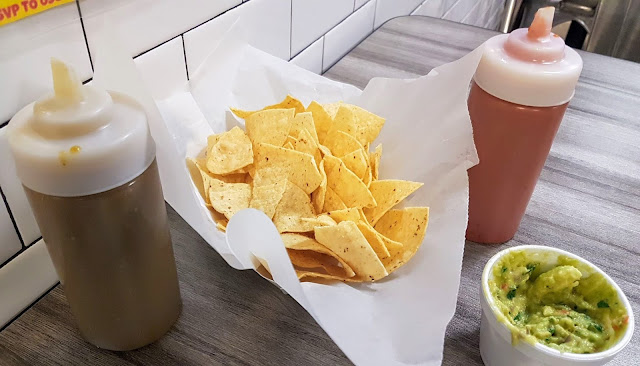 On my first visit, I ordered way too much ... "Give me two Cheese and Onion Enchiladas ($5.49), one Carne Asada Taco and one Pastor Taco (just $3.25 each), and a 4 ounce order of Chips and Guacamole ($2.99)" I naively said. I managed to chow down on the two tacos, one enchilada and about half of the chips and guacamole, but I was about to burst, so I asked for a to-go carton. 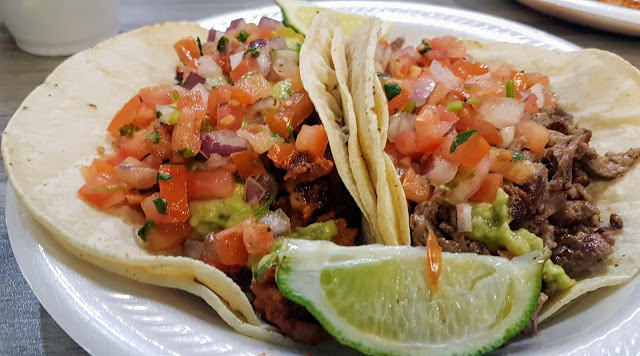 The tacos are awesome, massive, and delicious, packed with a shitload of lean meat and the enchiladas are some of the best I have had, and I love enchiladas. They make their own red chili sauce and you can tell, this stuff is not out of a can. I asked them not to top them with lettuce, tomato, and sour cream and I am glad I did. I would not want to ruin the flavor of these delectable treats with sour cream. 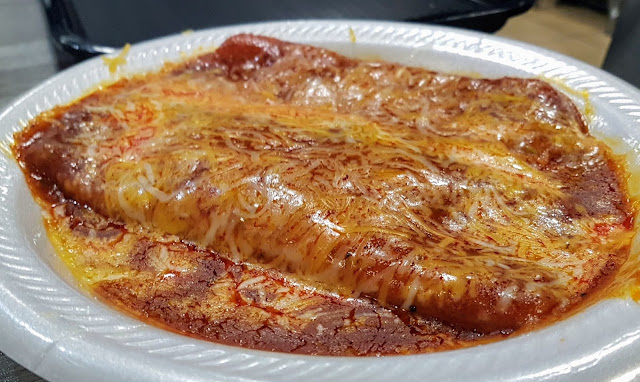 On my second visit, I decided to reign myself in despite my better judgment - or was it total lack of judgment? - and ordered one Pastor Taco, one Carne Asada Taco, and one Crispy Shredded Beef Taco ($2.50). They came out in a standard take-out dinner plate, filling the plate entirely, that is how big they are. The crispy taco was served in the same massive corn tortilla as all the others, perfectly fried to just the right crispiness so it did not fall apart when I ate it, then filled with tasty shredded beef, lettuce, tomato, and cheese ... HOLY MOLY! 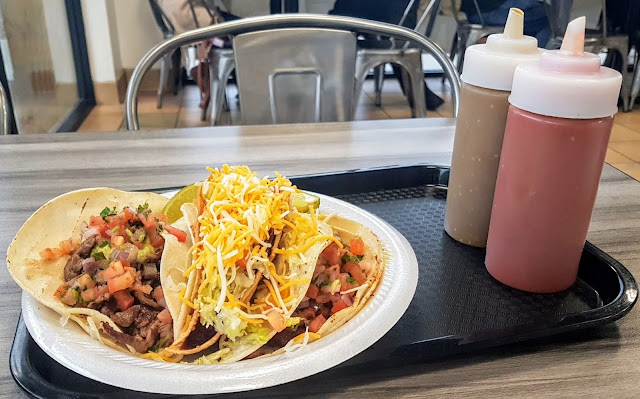 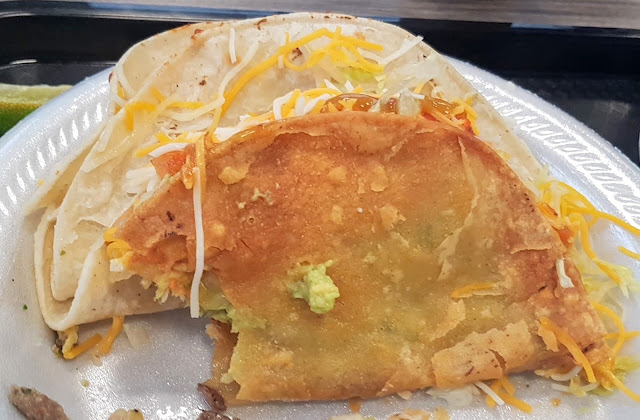 The place is small and very clean with seven or eight tables, but most people seem to order in advance and park right in front in one of their 15-minute, carry-out parking spots. You will be greeted by the nicest, sweetest, customer-oriented staff and your food will arrive pronto Tonto. So get over to Oscar's Lone Ranger and order some of the best, value-priced Mexican food I have had in a long, long time. 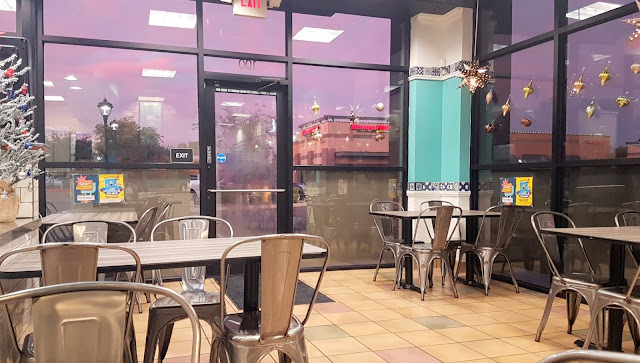 Needless to say, I will be returning often over the next month, before returning to my hometown of Portland, Oregon and its dearth of good Mexican food ... BOO-HOO.

CombatCritic Gives Oscar's Taco Shop 10 Bombs Out Of 10 And A Spot On My "WALL OF FAME" ... More Bombs Are Better! 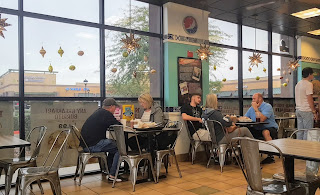 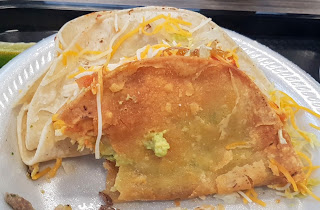 Title: Surprise (Phoenix), AZ: Don't Be The Lone Ranger, Gallop Over To Oscar's For The Best Tacos In The Southwest!