Excellent, reasonably priced French cuisine in a historic building just northeast of the Capitol, Le Grenier was a delight. 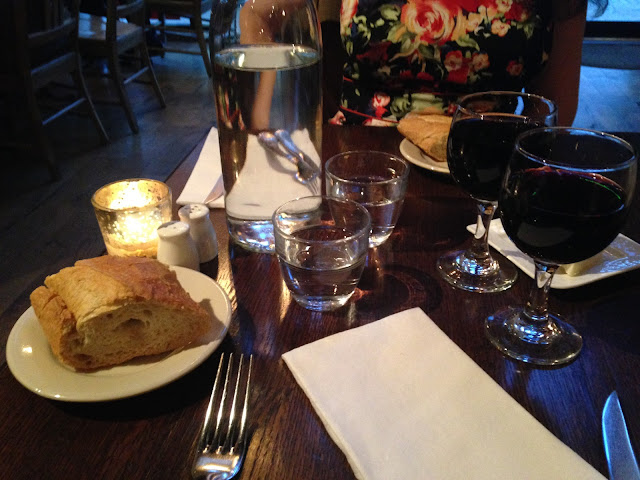 We were cheerfully accommodated while dropping in last minute on our way back to our room in eastern DC, having decided on French instead of German while en route. The service was excellent and the food tasty, not traditional French, but spicier with possible north African or Caribbean influences. The bread was OUT OF THIS WORLD, warm and soft on the inside, crispy on the out, we ate far more than would be reasonable ... oops! 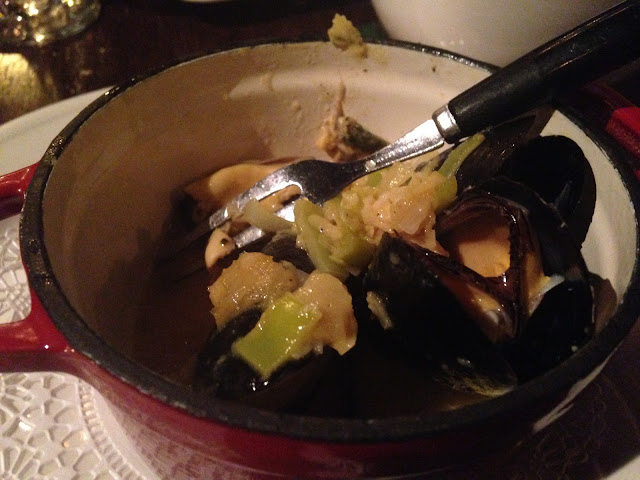 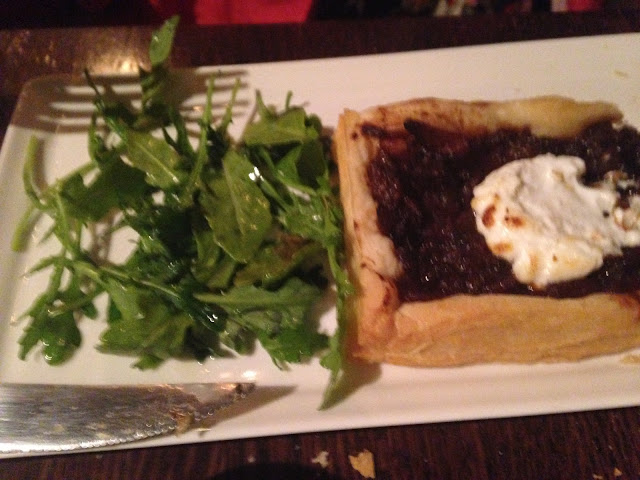 I had a glass of complimentary Shiraz, courtesy of a Yelp Check-In Offer (thanks Yelp!), to start things off as well as the Casserolette de Moules (mussels and melted leeks in a creamy saffron sauce - $6.75) for my appetizer and the Pissaladière (a caramelized onion tart with herbes de Provence, creamy goat cheese, and Kalamata olives - $8.75) for my wife. The mussels were delish, but there were just five and they were, surprisingly, still in the shell, so by the time I deshelled them, there was not all that much to eat. The tart was wonderful, savory and oniony ... YUM, YUM! 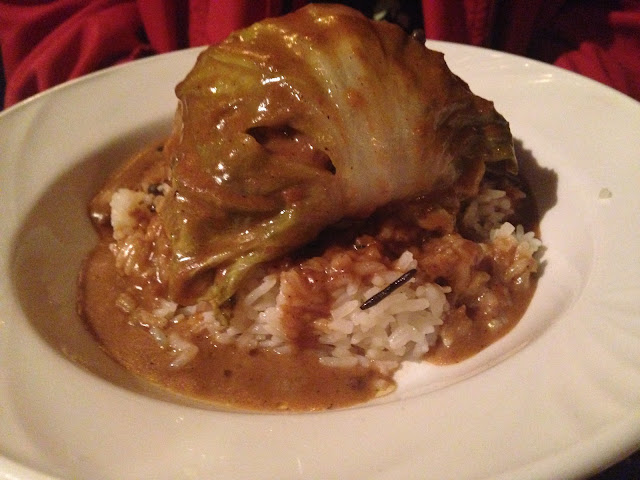 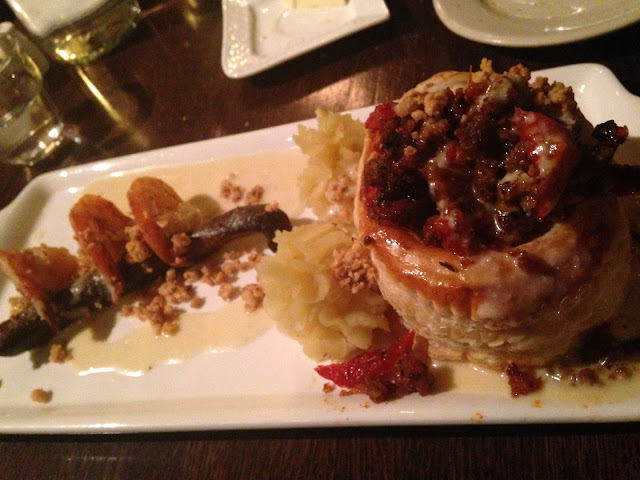 My wife ordered the Paupiette de Veau ($20.95), "cumin infused ground veal with crimini and oyster mushrooms wrapped in cabbage and accompanied by wild rice and a green peppercorn velouté". The dish was excellent albeit a bit too spicy for my non-heat-seeking spouse of Italian origin, so I had to finish it for her ... poor me. I had the Terre é Mer ($22.95), described as "seared merguez sausage and shrimp over chorizo confit with a goat cheese sauce, sundried tomato and pine nut dust", accompanied by saffron infused mashed potatoes. The sole sausage was extremely thin and, unfortunately, very dry, being topped with three small grilled shrimp. The chorizo confit actually came in a flaky pastry on the side, not over, making the dish difficult to eat. Trying to get a piece of the dry sausage, shrimp, the wonderful cheese sauce, the chorizo, and the extremely flaky pastry together in one bite, with a fork no less, was next to impossible. The few times I was able to mix the appropriate ingredients together in a single bite was heavenly, but most were masticated solo or in pairs, resulting in a less than thrilling culinary experience. 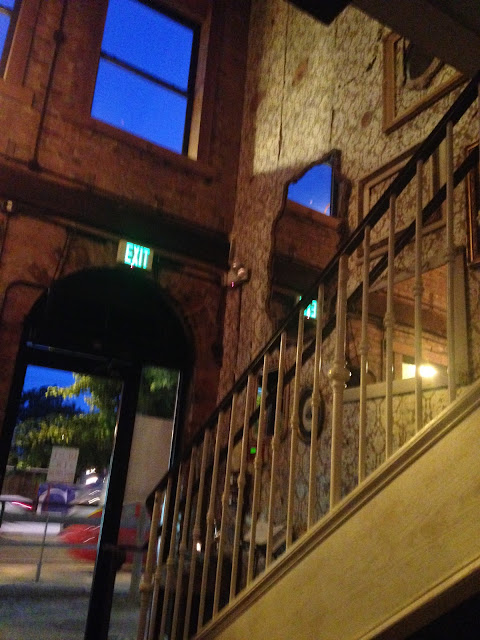 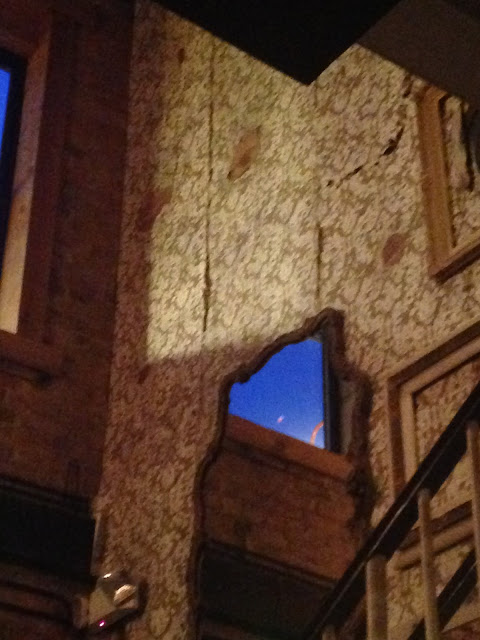 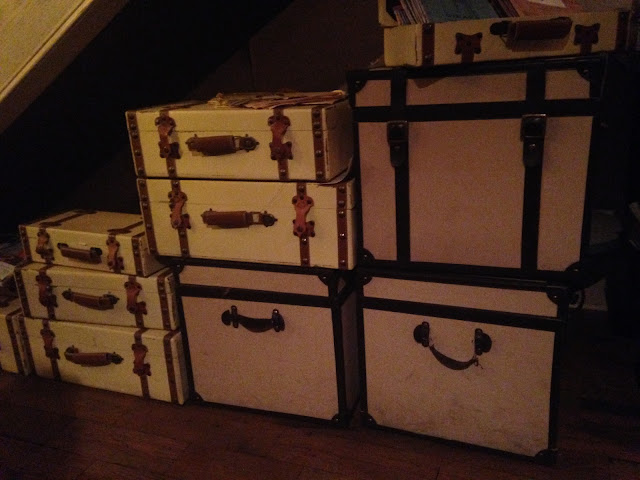 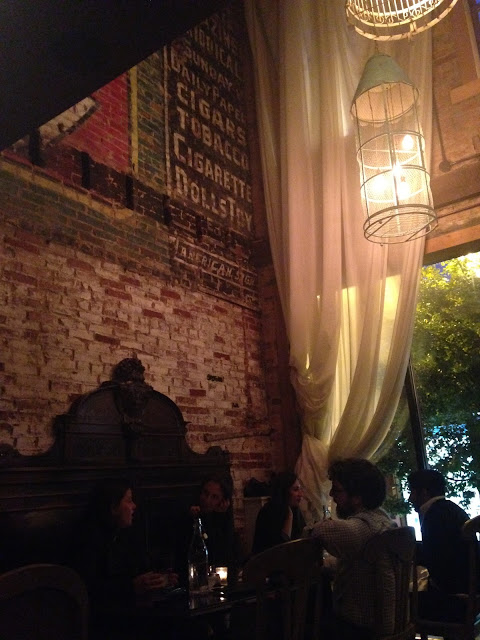 By the time we were done, we were satiated and happy, the bill coming in at $100 more or less, including tip. Not bad for a nice meal in the big city, including appetizers, entrees and two (paid for) glasses of wine.