Pistoia (Tuscany), Italy: A Wonderful Pasta Factory Tour In A Historic Villa Seized By The Nazis During WWII 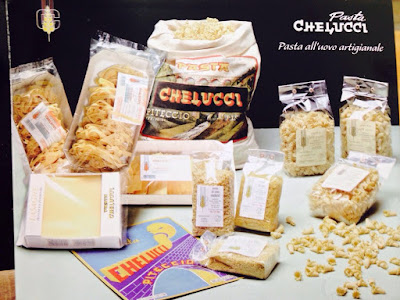 Hand-crafted pasta since 1912, the owner Giuseppe has been in the family business since 1950, is extremely friendly and informative, and made us feel welcome for our free, private tour.

During World War II, the Nazis took over the building, a villa, making it their headquarters in 1942. The family had to walk for two days to Florence while the Germans occupied their home. Once the Nazis fled from Allied Forces in December 1942, they returned home to Pistoia and were the first pastificio (pasta factory) of 36 in the area to resume operations after the war. They are the only remaining pastificio of the original 36 in Pistoia. 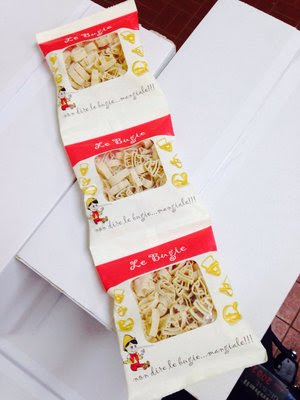 The factory has been automated since 1950, but the pastas are still dried the old fashion way and hand packed. In fact, Giuseppe's sweet 94-year-old mother Dina still processes and packs the maccheroni by hand from time to time. The same machine from 1950 is still being used today. They have numerous varieties of pasta, including their signature pastas like "Quasimodi", made with only Tuscan flour from the Pisa area and their secret ingredient, pure local spring water. They recently unveiled a pasta in the shape of Pinocchio characters called "Le Bugie" ("the lies"), the result of a scholarship competition in the local schools. 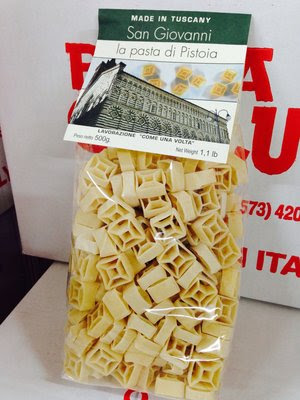 The factory employs only six people, but they produce a wide variety of pastas using old family recipes and processes. The small river behind the factory once spun the turbines beneath the building which allowed them to resume operations so quickly after the war. Special drying units maintain constant temperatures between 32 and 35 degrees Celsius (90-95 Fahrenheit), ensuring that the pasta does not break, reducing waste, and resulting in quality products. Pastas take from 24 hours to six days to dry depending on the shape (versus two hours for mass produced brands). 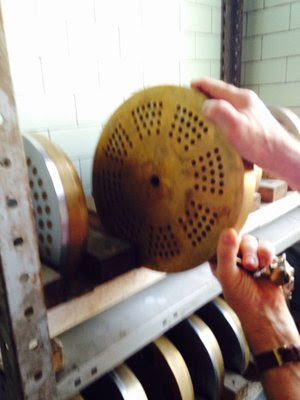 The bronze pasta forms used to give the pastas their various shapes result in a special consistency not found in mass produced brands (De Cecco, Barilla). Their pastas take much less time to cook (5 minutes versus 12-15 minutes for comparable mass produced pasta) because the pasta from the brass forms allow the boiling water to saturate the pasta instead of cooking it from the outside. The water they are boiled in also has much more starch then that of the mass produced brands, allowing the water to be used to better thicken sauces before serving.

The valley in which the villa sits is quiet, green, lush, and much cooler than smoldering Florence, so it was a breath of fresh air, literally, after a month in 100 degree Florence and its wall-to-wall tourists. The temperature and humidity in the protected valley setting creates the perfect environment for making top-quality pastas. Giuseppe is working on adding a small gift shop and cafe, culinary demonstrations, and possibly pasta making and cooking classes in the near future, but in the meantime a tour of their operation is a must if visiting Tuscany (I have also included it in my article: Top 19 FREE THINGS TO DO In And Around Florence) and tell him CombatCritic sent you!

CombatCritic Gives Pastaficio Chelucci Tour The Coveted 10 Bombs Out Of 10 ... IT'S THE BOMB ... More Bombs Are Better!

Title: A Wonderful Pasta Factory Tour In A Historic Villa Seized By The Nazis During WWII