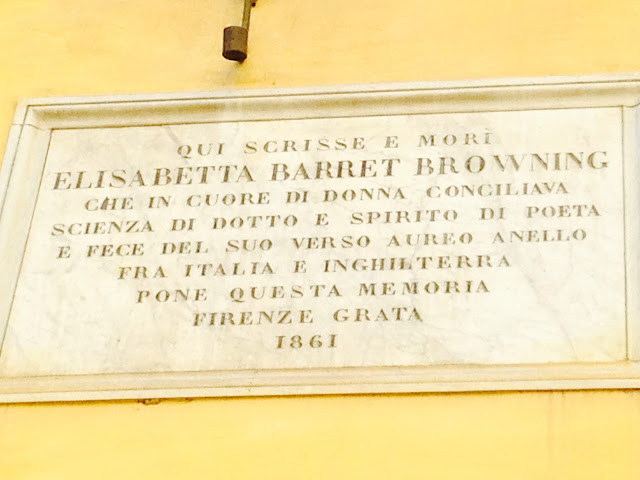 Casa Guidi, Elizabeth Barrett Browning's (EBB) former home and where she died, is in Florence ... and, unlike most everything else in the city, it is FREE to visit! 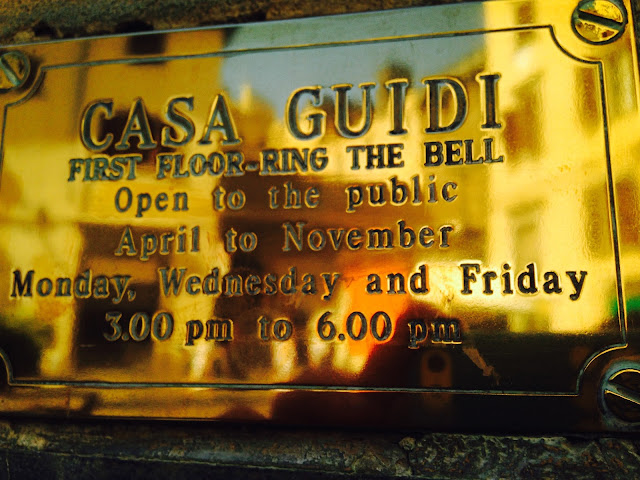 My wife is a huge fan of the Brönte sisters and EBW was a fan of Charlotte's. I also enjoy her poetry and have a First Edition of one of her works, so I was also interested in visiting her home. 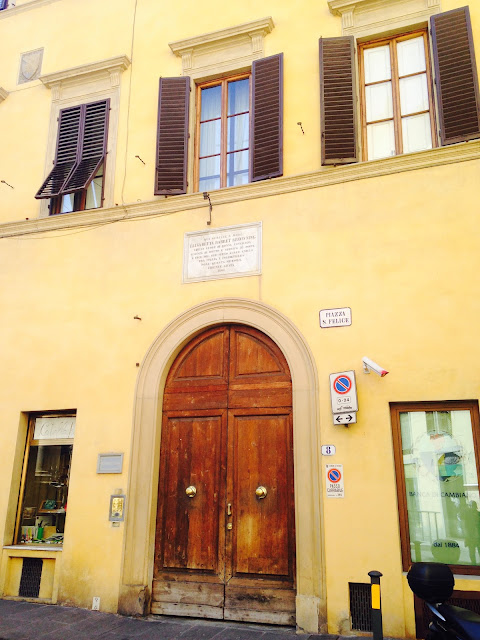 Just down the street from Palazzo Piti on the Altrarno side of the river, Casa Guidi is located on the first floor (second floor to Americans) of a historic palazzo. There is an engraved stone marker above the massive door indicating where she lived and a brass nameplate above the buzzer outside with details about operating hours. There is also a single brass button below the rest that merely says "Elizabeth".
The apartment consists of just three rooms that you can visit, but they are spectacular and contain furniture of hers and from the period as well as photos, paintings, busts, and other memorabilia. Her husband study is small, but has elaborate frescoes on the walls and ceilings. The dining room is large, but not extremely interesting. The living room, off of which are the bedrooms and kitchen (not open to the public, but apparently you can rent them for lodging). is massive and contains a large library of her works, more artwork, and some beautiful period furniture as well as some of her possessions.
The visit is self-guided and FREE, but you must visit on Monday, Wednesday, or Friday (April to November) between 3PM and 6PM only. Just ring the buzzer for Casa Guidi, though the giant door and a gate, then go up one flight of stairs to her apartment on the left. 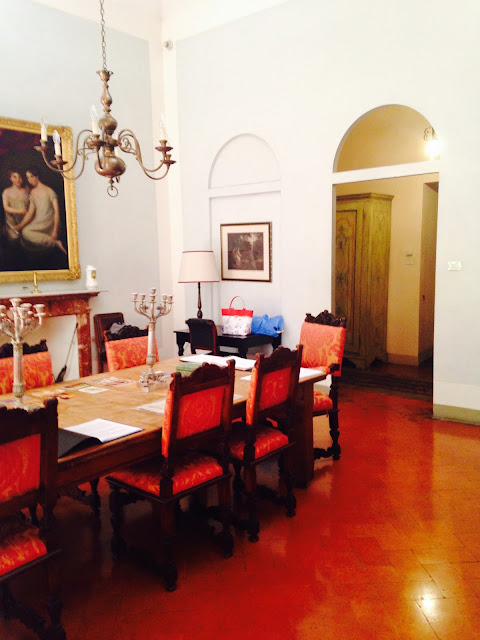 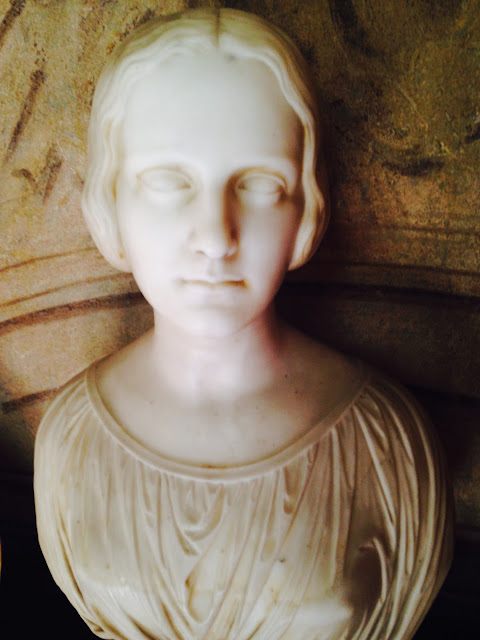 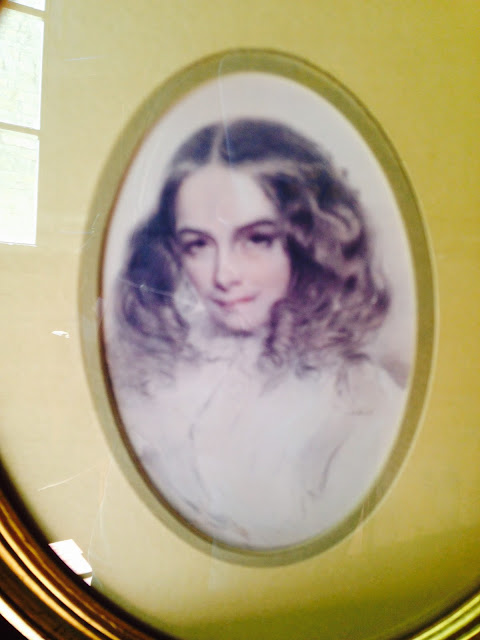 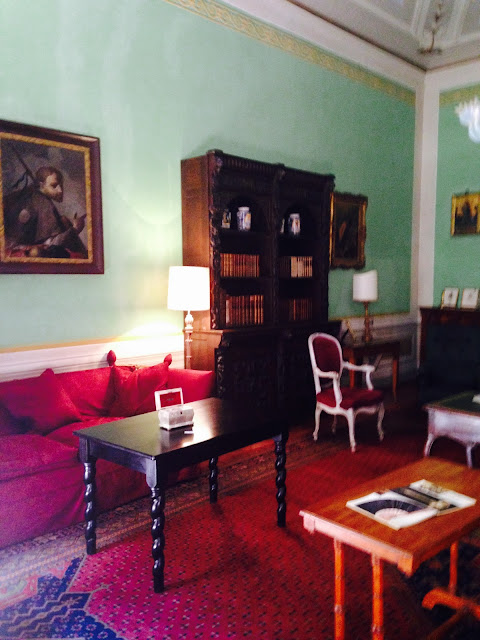 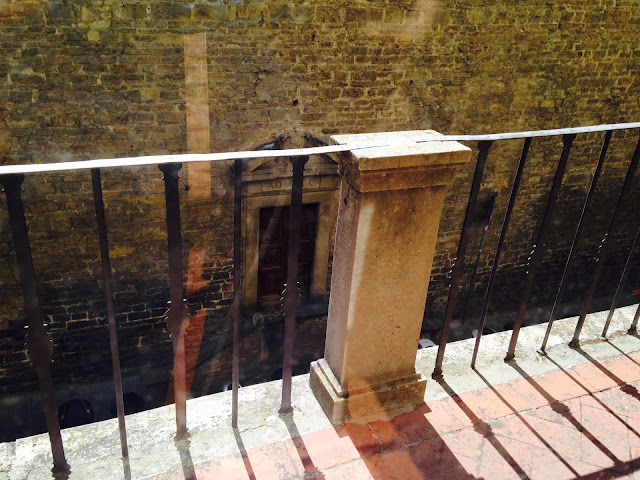 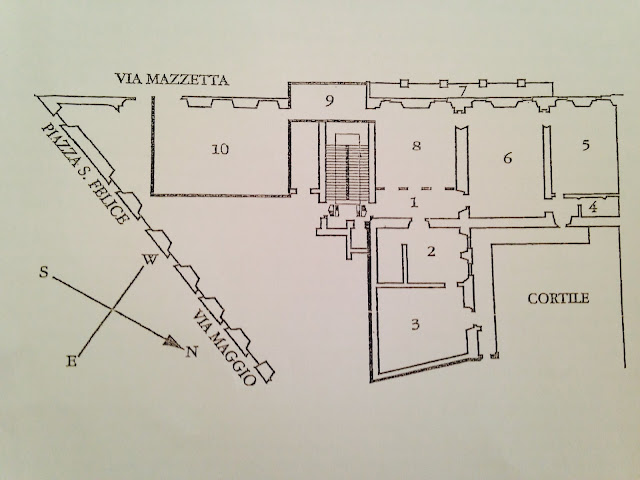 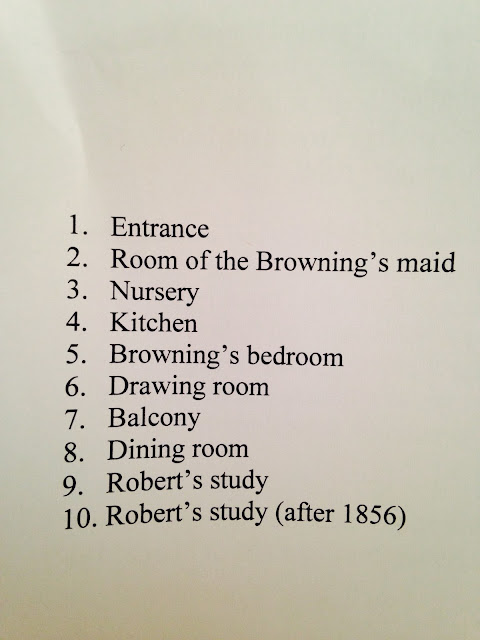 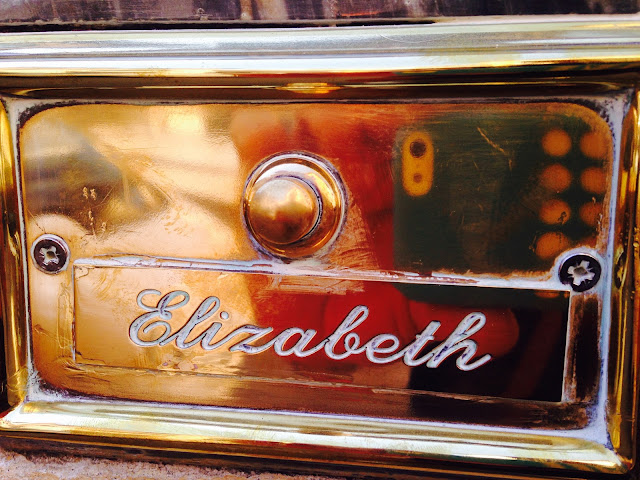