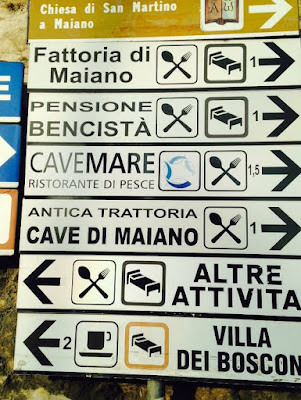 
This review is on the restaurant only. 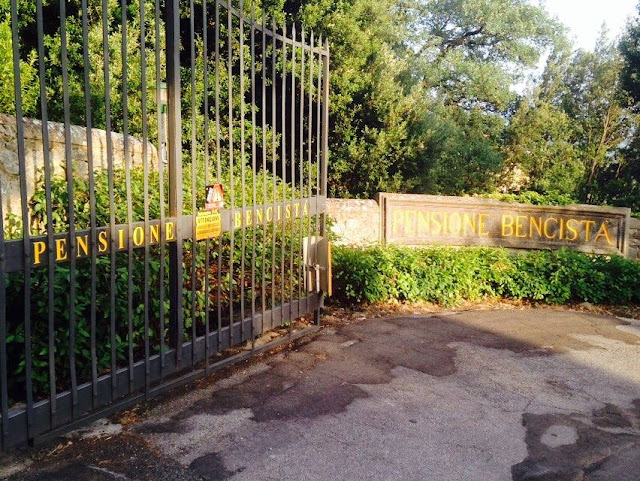 Recommended by the Michelin Guide (no Michelin stars) and with rave reviews on TripAdvisor (this was their first review on Yelp), we were eagerly anticipating our 11th Anniversary dinner at Pensione Bencistá's restaurant. Arriving by bus (€1.20/person each way) from our apartment in Florence, it was a short walk down the road from Bus #7's stop "Regresso" following the signs. 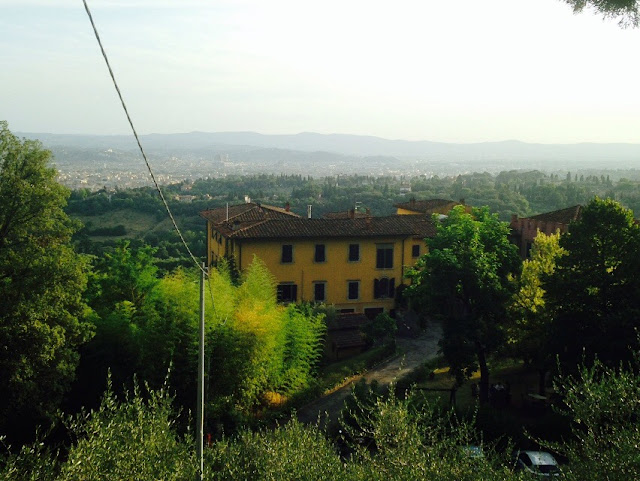 The pensione is a beautiful 14th Century villa, overlooking the valley and Florence below. The Duomo and other landmarks are clearly evident from the terrace where we were taken and our reserved table awaited us. The tables were a bit too close to one another and the back of a chair from the table next to us made it awkward to sit comfortably. One of the owners finally moved the table when the guests arrived and it became clear that it was not going to work very well for either party. A nice young lady took our order from the fixed-price (€25 per person) menu with just four primi (pasta) selections and three choices of secondi (meat), including the tagliata (sliced steak - €40/kilo with one kilo minimum). 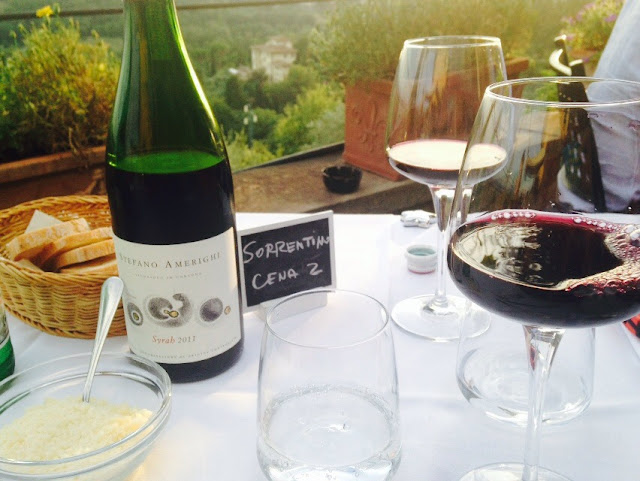 The wine list was reasonable and we ordered a Syrah (€32) from northern Tuscany which was very good. Wine is extra, but water, dessert, service, and coperto are all included in the fixed-price. The Syrah was good, a robust, deep red with hints of berry, complimenting the meal very nicely. 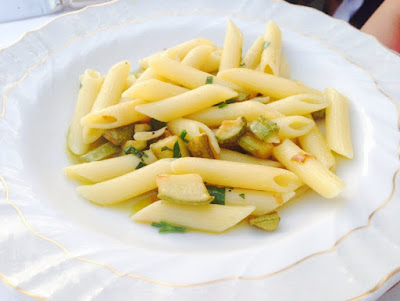 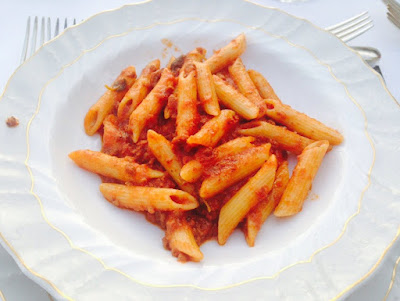 For our primi (first course), my wife had the penne con zucchini and I had the penne al ragu (meat sauce). They boast about serving only De Cecco pasta on their website which I found a bit odd because De Cecco is good pasta, but it is mass produced, not locally produced or handmade. My wife's pasta with zucchini was swimming in olive oil, a bit off-putting, but otherwise the dish was fair, nothing special, with small chunks of zucchini, onion, and little else. She had to add grated cheese to the dish to give it flavor, something she almost never does at her mother's house in Napoli or in restaurants. My ragu was very good, but like my wife's dish, there was very little pasta and it took little time to consume. Not overly impressive, after all De Cecco is not expensive pasta. 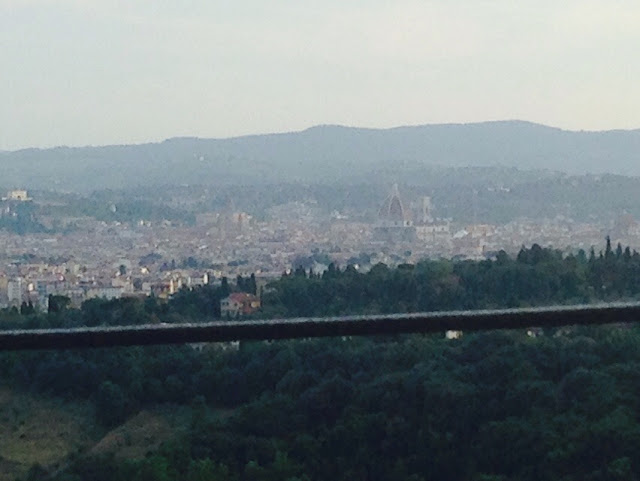 While eating our pasta, the French family next to us received their secondi (main courses), porchetta, which is one of my favorites and not offered to us an as an option by our server. They were also served their contorni individually by the waiter whereas ours would later arrive on our plates from the kitchen. Maybe they were French celebrities we had never heard of, the King of France perhaps? I am joking obviously, but I thought it a bit odd in any case. 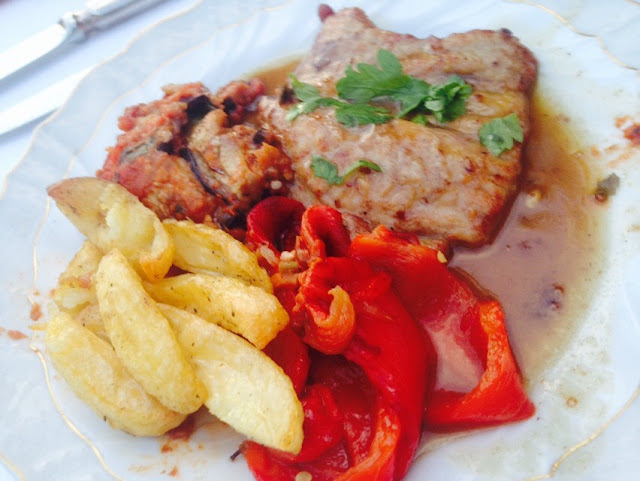 When our secondi arrived, there were the potatoes, peperoni (sauteed red bell peppers), and a small portion of melanzane alla parmigiana (eggplant parmigiana) even though I had specified in my reservation that my wife was allergic to tomatoes. We pointed out the faux pas, they apologized, and her plate was removed. My tacchino rollatini arrived shortly thereafter, but we waited and waited, seemingly forever, until her veal sans tomato finally arrived. The owner also asked if we were having the porchetta, but I told him that the server had not given us that option, so he promised to bring a few slices as a courtesy. 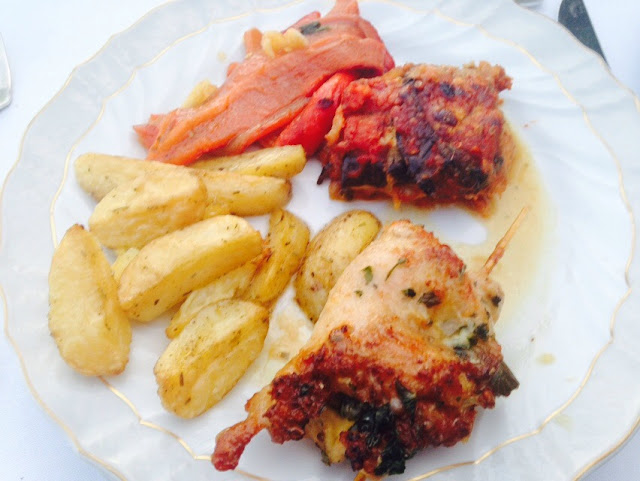 The tacchino (turkey breast) was rolled with ham and cheese inside, then lightly pan-fried. It was delicious, but extremely small once again with just one little rolled breast. The potatoes, melanzane, and peppers were all very good as you would expect at any decent restaurant in Italy. The scaloppine was also quite delicious, a reasonable portion, not small, not huge, white and tender as real veal should be. It is just a shame that we could not enjoy our anniversary main courses together. 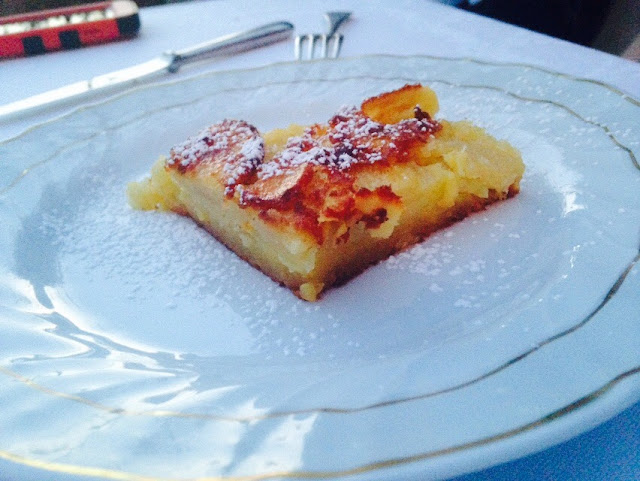 For dessert we were offered a choice of plum cake, torta di mele (apple pie), or biscotti (hard cookies with almonds) and a small glass of Vin Santo. We shared the torta di mele and biscotti con Vin Santo. The apple pie was simple and tasty, an Italian version slightly similar to American apple pie but drier. The biscotti were good, looking store-bought, and the glass of Vin Santo, a sweet white wine famous in this region, was very small, but big enough to dip the three cookies in as is the tradition. Again, the French family received dessert and something we were not offered by our server, fruit and cheese. Why our server failed to tell us about the additional options for secondi and dolce (dessert) is still a mystery. 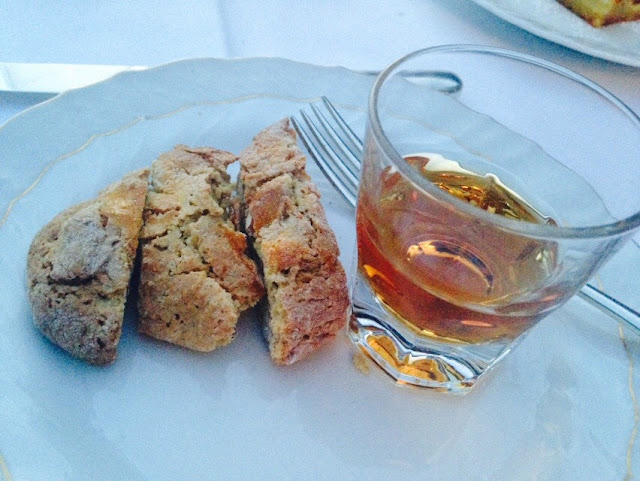 For the price, the meal was good and a fair value in Florence where comparable fixed-price meals start in the €30 to €40 range (including wine however). The setting idyllic, a beautiful ancient villa with an incredible view, the experience was better than the meal alone. The food was very average, with very few basic selections and small portions. The service was very friendly and punctual, but the numerous mistakes detracted greatly from our overall experience, particularly being our wedding anniversary. 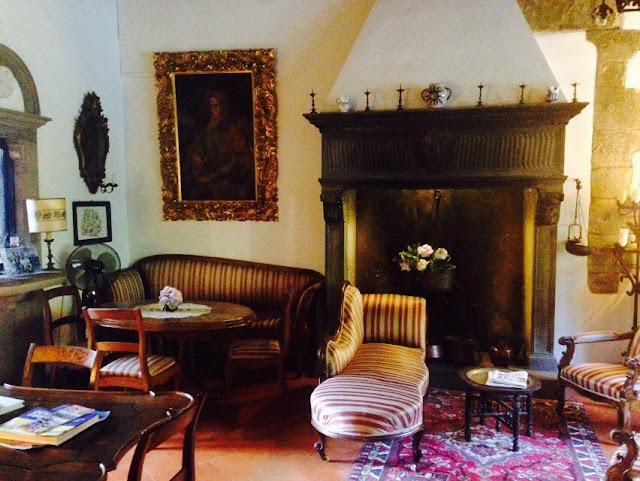 Recommendations for a better experience:

1)      Handmade pasta or a least a top-quality, local pasta like Pastificio Chelucci for example
2)     Much less olive oil in pasta dishes
3)     Better consistency in the treatment of guests, making sure all options are available to everyone, not a select few
4)     Slightly larger portions
5)     Attention-to-detail. When someone has a food allergy, it is critical that they are not served the food in question 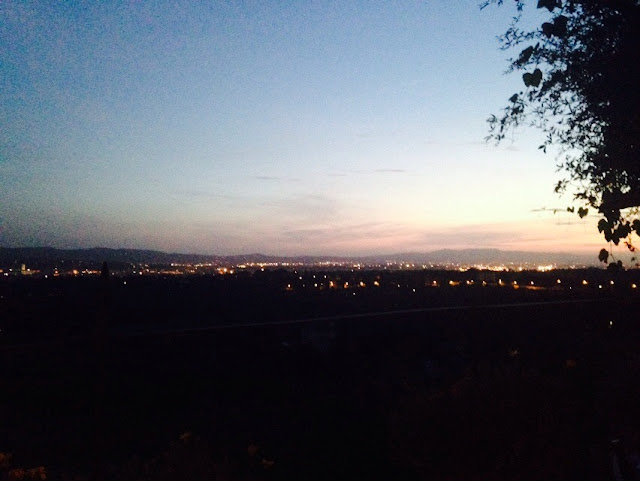 Keep in mind I am comparing this dining experience to establishments with similar formats and prices in Italy, for example, Incontro in Ariano Irpino where the same €25 fixed-price meal has five abundant, delicious courses (choice of meat or fish, two antipasti, primo, secondo, contorni, and dessert - pastas are made in-house), including all the wine/water you require, coffee, limoncello, service, and coperto. When comparing Pensione Bencistá to Hotel Incontro's superb restaurant (10 Bombs Out Of 10) and other excellent restaurants we have tried around the world, we enjoyed our meal well enough with the result being …