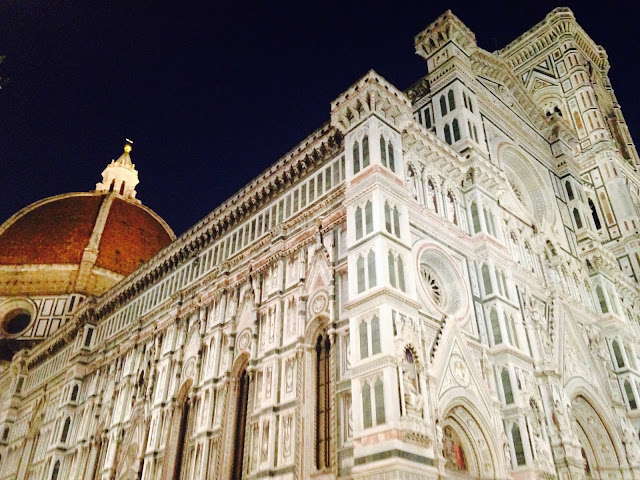 Built in the 15th Century, admission is free to Santa Maria del Fiore (the Cathedral or "Duomo"), Italy’s second largest church (after St. Peter's in Rome) and the third largest in the world (St. Paul's in London is the other). It is a UNESCO World Heritage site and is open from 10AM to 5PM Monday through Saturday and 1:30PM to 4:45PM on Sunday. The dome, bell tower, museum, and baptistery all charge to enter or you can buy a consolidated ticket on their website. The Museo dell'Opera is closed until November 2015 for renovations. 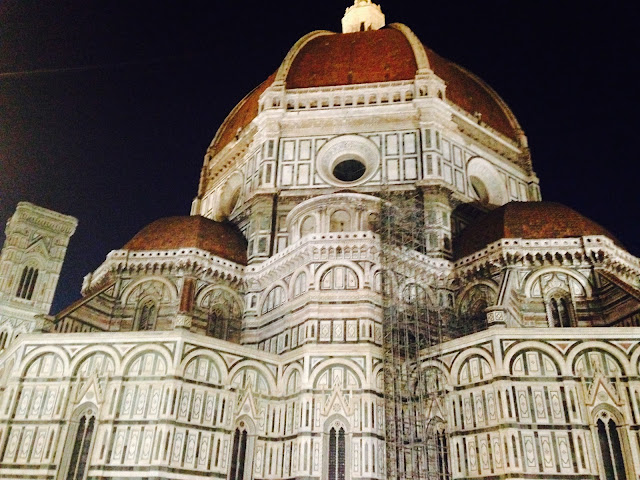 The facade and dome of Santa Maria del Fiore is imposing and awe-inspiring, dominating the large piazza in which it stands it is so large that it is impossible to photograph the entire structure without a special lens. Its beautiful marble polychrome facade of greens, pinks, and whites is unlike any other I have seen. The interior is massive and spectacular, my favorite part being the massive dome completed in the 1460s with a fresco of the apostles who appear to be sitting on the edges with their legs dangling over the sides. 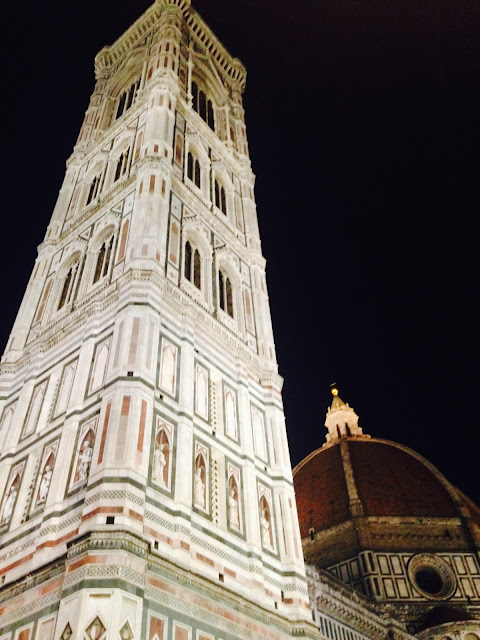 Across from the Duomo entrance is the Baptistery of St. John. Until the 19th century, all Catholic Florentines were baptized here. The octagonal monument is distinguished by its geometric, colored-marble exterior and detailed interior mosaics. Admission is €5, but admiring the famous bronze doors (replica panels) carved with scenes from the Bible is free.

This is one of the most impressive structures I have seen anywhere in the world and is a MUST SEE if visiting Italy.