Excellent, Authentic Andalucian Food And Music ... For A Song! 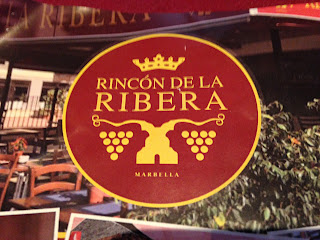 Anna, the bartender at Claddagh Irish Pub in Marbella, turned me on to this new Spanish restaurant just around the corner. She told me that they had good, authentic Andelucian cuisine, excellent wines, and reasonable prices and she was absolutely right! 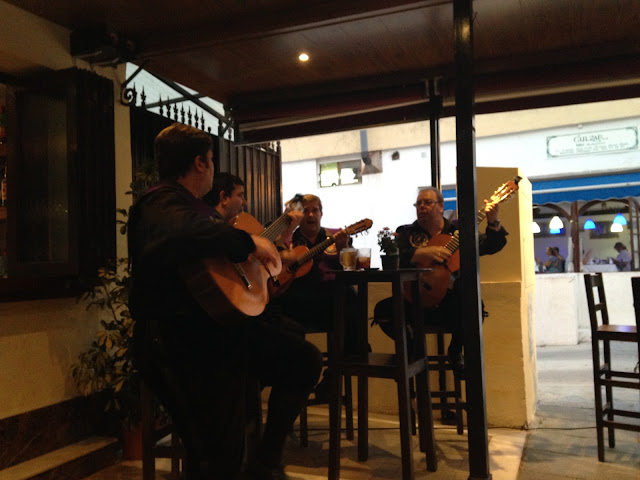 There was what I would call a "Mariachi" group on the sidewalk in front of the restaurant strumming four guitars and singing familiar songs I have heard many times in Mexican restaurants in California and Texas. I was told that they are called "Tunos" in Spain, but these four gentlemen were much more talented than any Mariachi group I have ever heard. The guitars and voices were melodically synchronized, rendering four part harmonies unrivaled by some of the best barber shop quartets I have heard. They performed non-stop from 9:30pm until nearly 11:30pm when I finally left for my room and they were superb. 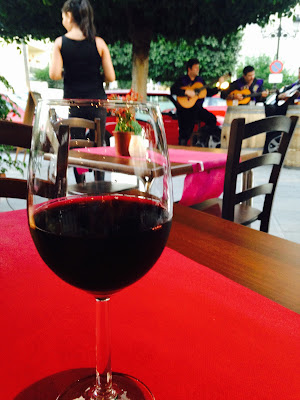 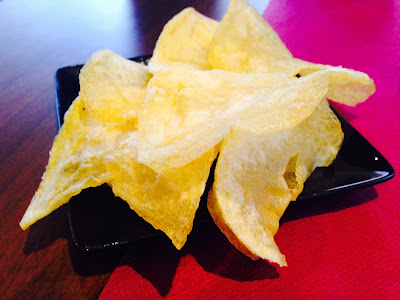 The waiter spoke English reasonably well, suggesting wines, starters, and a main course. Nothing I ordered was on the menu. He first brought me a glass of Tempranillo, a dark, robust Spanish red wine with hints of oak along with a "tortilla". Not the Mexican variety tortilla we expect in stateside restaurants and supermarkets, a tortilla in Spain is an omelette made with eggs and potatoes, resembling a very thick piece of quiche the size of a slice of pie. The tortilla de patatas (€2.50), two slices actually, were light yet savory and delicious. 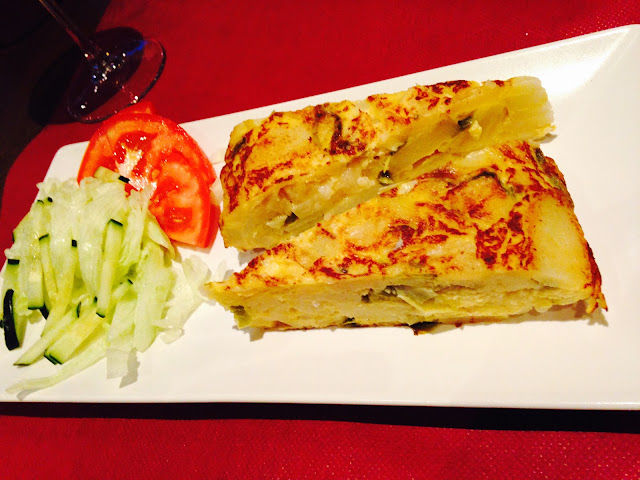 Anna had recommended the Gambas al Pilpil (€9), an Andelucian specialty with prawns baked in a sauce of olive oil, garlic, and chili peppers accompanied by fresh bread for dipping. The ceramic dish came to me still bubbling with 12 small shrimp, slices of garlic, and a few diced red chili peppers. The fresh sliced baguette easily soaked up the decadent garlic infused oil, raising my cholesterol level by several hundred points. I have to admit that this was one of the best dishes I have had in quite a while. 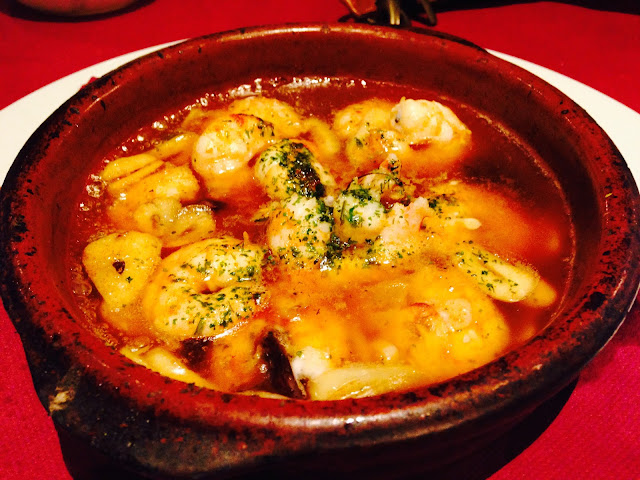 The service was impeccable, attentive and friendly, always there when needed but not suffocating. I had no idea how much the check would be when it arrived and when it did, I was shocked! Just €16.10 (less than $18) for three glasses of wonderful wine, s starter and a main course,  while enjoying excellent, traditional Spanish melodies - what more could I ask for? Unfortunately, my wife was unable to accompany me on this trip, but even still, this was one of the most enjoyable, affordable dining experiences I have had in quite a while and I will return before leaving Marbella ... sorry honey! 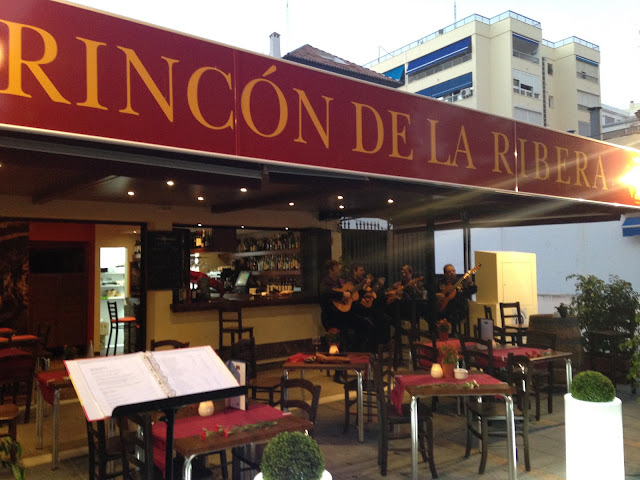 I always hesitate before giving the maximum score to any establishment, but I honestly could not find a fault to deduct even a single "bomb", hence ...

Listen to authentic Spanish "Los Tunos", the grandfather of Mexican "mariachis", as I did the night I dined there ... 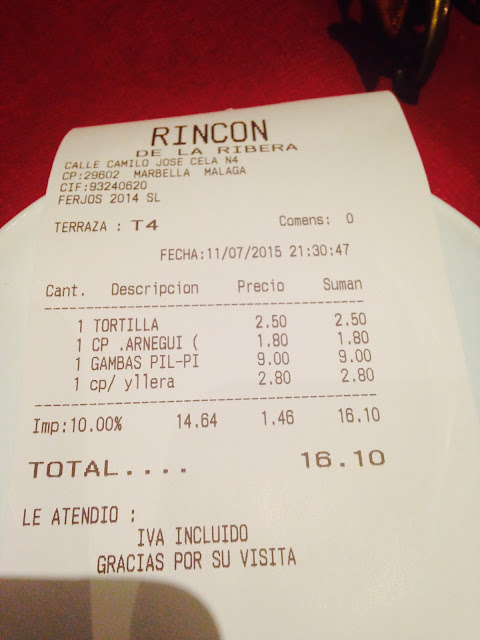 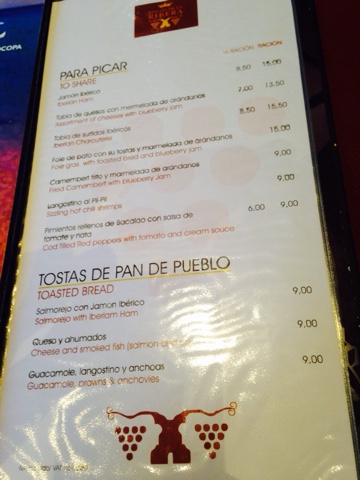 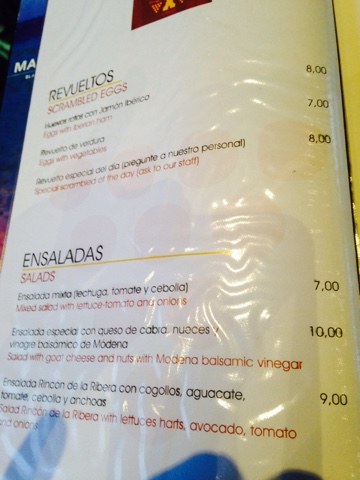 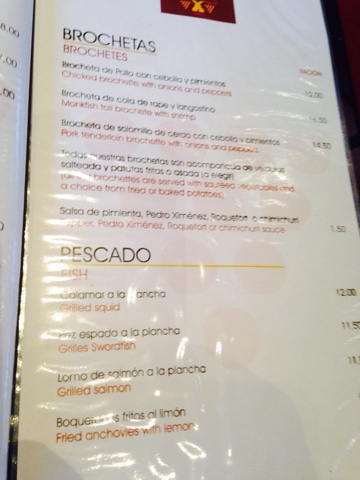 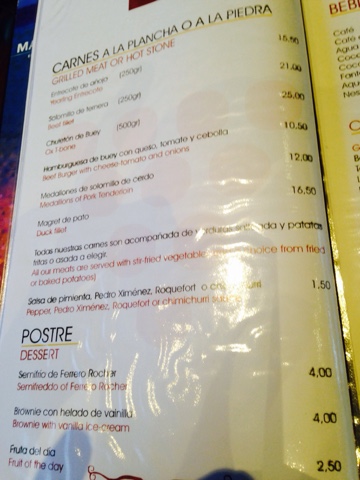 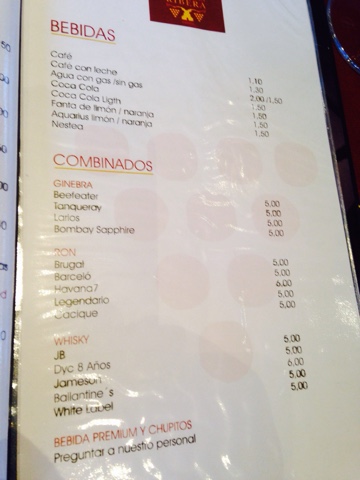 Title: Great, Authentic Andalucian Food And Music For A Song