Florence, Italy: Out of 15 individuals associated with a major university's Study Abroad Program in Florence, 4 (27%) have had their ATM cards skimmed or pockets picked on public transportation with over $1,000 stolen during the month of July alone. 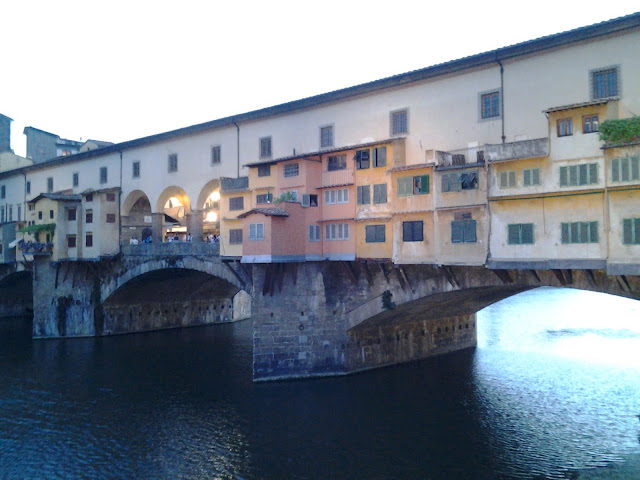 A couple of days ago, I told you about two students in the Study Abroad Program who recently had their bank accounts drained after using the ATM machine at the Chiantibanca located in Piazza del Duomo (Florence), Italy. The ATM machine in question is next to the bank at #58.

Then this past Sunday (July 19th), another student had her wallet stolen out of her purse on a Florence bus. She did not leave her purse open or unattended, it was secured around her neck in front of her and the thief had the nerve to unzip it, grab the wallet from inside, and scurry off when the bus reached the next stop. These guys are good and their out in full force!

I, on the other hand, am a seasoned traveler, having visited 41 countries so far and countless large, theft-ridden cities (Naples, Paris, Venice, Sofia, Budapest, New Delhi, Tokyo, Seoul, Los Angeles, New York, London, Rome, Ljubljana, Kotor, Dubai, Riyadh ... you get the picture) without ever having been robbed, pick-pocketed, or the like. I am always aware of my surroundings and take the necessary precautions, keeping my wallet in my front pocket and so on ... until yesterday.

I feel like such a fool, never having thought it would happen to me because of my experience, my diligence ... my naïveté. We were on our way to meet friends for dinner, catching the #17 bus from Piazza San Marco in central Florence. The area has several bus stops and was quite busy around 7pm, so as the bus arrived a man carrying two large painter's canvases (100cm x 100cm) was making it difficult to board the bus. Looking back, he was likely an accomplice causing a choke-point at the door while his comrades slipped their hands into open bags.

I sometimes carry a borsello, a leather bag (some might call a purse, BUT IT'S NOT, I SWEAR) commonly carried by men in Italy and on this day I did not have it zipped, but my hand was securely clasping the top in anticipation of such an event. But this time I must have been distracted for just a moment, leaving a window open for the thief to dip his hand in, nab my wallet (that I often have trouble locating myself), and slip off into the evening without me even noticing.

It was only when my wife and I started talking about the poor student who had her wallet stolen the day before that I reached into my bag to find ... MY WALLET WAS GONE! I knew that I had brought it with me, but could I have left it on the table at home instead? Surely I could not be pick-pocketed. Wrong!

Fortunately, there were only €10 in my wallet and I cancelled my credit and debit cards before they could use them, so it was an inexpensive lesson as well as a poor "take" for the crooks who likely snatched the €10 and threw the rest in the nearest trash can.

The morales to this story are:


1) When in Florence, or anywhere else for that matter, be vigilant. Times are tough and people are desperate FOR YOUR VALUABLES - purses, wallets, cameras, phones, tablets, sunglasses, etc.
2) Avoid crowded places where pickpockets often lurk (buses, trains, stations, popular tourist areas)
3) Diversions are common place among thieves, so if someone bumps into you, trips in front of you, spills something on you, or otherwise creates havoc around you, clutch your valuables and keep your eyes open.
4) If carrying a small wallet, keep it in your front pocket and if carrying a purse (or borsello), wrap the strap around your neck, clutch it in front of you or securely under your arm, zip the zippers, and keep any external pockets next to your body.
5) Do not think "it can't happen to me" because it can!

ATM SAFETY: ALWAYS CHECK TO MAKE SURE THAT THE SKIMMING DEVICE, KEYPAD, CAMERA, AND ATM FACE ARE PROPERLY SECURED TO THE WALL BEFORE MAKING A TRANSACTION, COVERING THE KEYPAD WITH YOUR OTHER HAND AND USING YOUR THUMB TO ENTER YOUR PIN (IT IS MORE DIFFICULT FOR THEM TO RECOGNIZE YOUR PIN IF USING YOUR THUMB THAN IT IS YOUR USING YOUR INDEX FINGER)

You Can Read Reviews By CombatCritic On Yelp And TripAdvisor ... And Don't Forget To Subscribe To TravelValue TV on YouTube

Title:  Summer 2015 Florence Crime Spree And The Tale Of A Seasoned Traveler