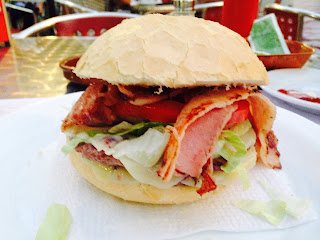 This review will be shorter than most because there is not a lot you can say about hamburgers other than this was one of the best I have had in quite a while! Who would think that one would find an outrageous burger joint in Spain?

I would not have known New Burger even existed had I not peered down an alley next to another restaurant while strolling down the street, but then I saw their sign. The young man at the counter, the owner's son, spoke excellent English and was very helpful. He even bought me a beer! 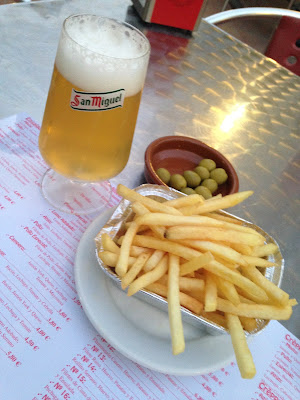 Beside hamburgers, they have a range of items including bocadillos (sandwiches on a baguette - €3 to €5.80), "normal" sandwiches (e.g. club, tuna), salads, combo plates, crepes, and more. I ordered the "Doble" (double cheese burger - €6) with bacon, an order of patatas fritas (French fries - €1.80), and a glass of San Miguel beer. With my beer, I received a complimentary plateful of wonderful green olives as is the tradition here in Spain ... tapas ... Ole!

The fries came out first, thin, hot and crispy, just the way I like them. The burger arrived five minutes later with two beef patties, cheese, lettuce, tomato, onion, and some of the best bacon I have eaten. Not your garden variety store-bought bacon, but slices of fresh bacon lightly browned and tender with little fat. All of that on a fresh bun, not the hamburger variety we are used to in the States, but more the consistency of a soft baguette. Where most burgers this size and juicy would fall apart half-way through, this bun held the contents together nicely until the last bite. I was a little sad after taking the last bite, it was so good. 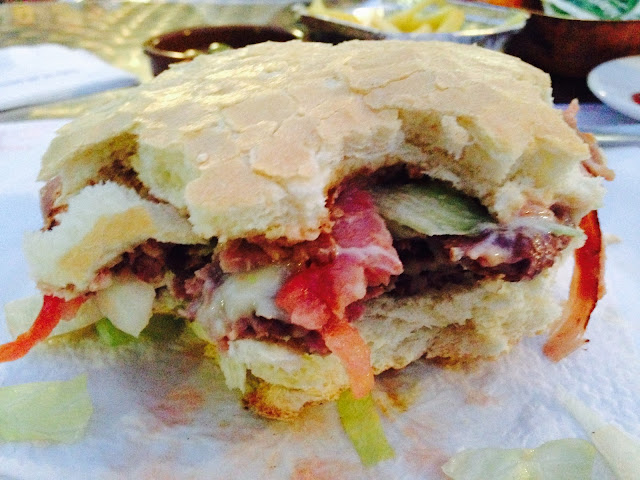 All tables are outdoors, several under a covered patio next to the kitchen and many more scattered around the large terrace. There were several tables available when I arrived around 8:45pm, but less than 30 minutes later the place was packed - on a Monday night!

The only complaint I have was that the size of the order of fries was a bit small at nearly $2 a pop, but otherwise I was a very happy camper, paying less than €11 for an incredible meal. Inexpensive meal options are a rare commodity in Marbella, so New Burger was literally a breath of fresh air and an option you should not miss if in the neighborhood. 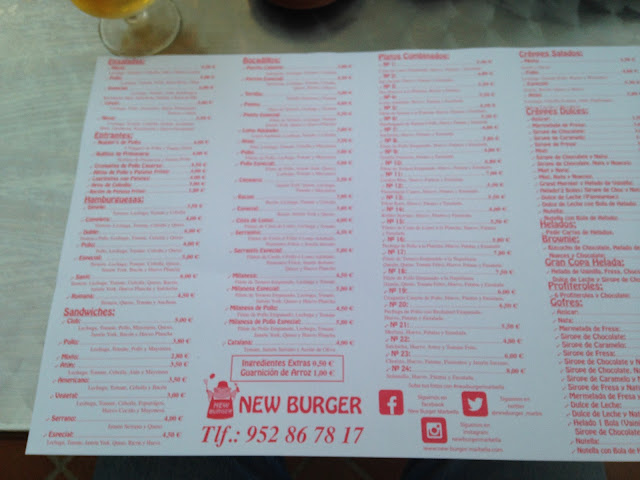 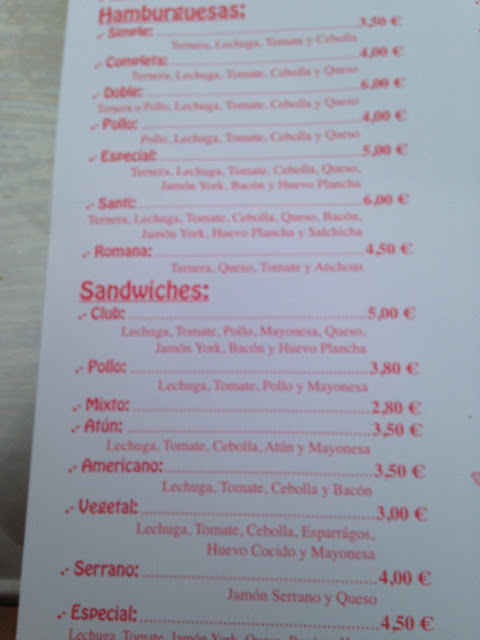 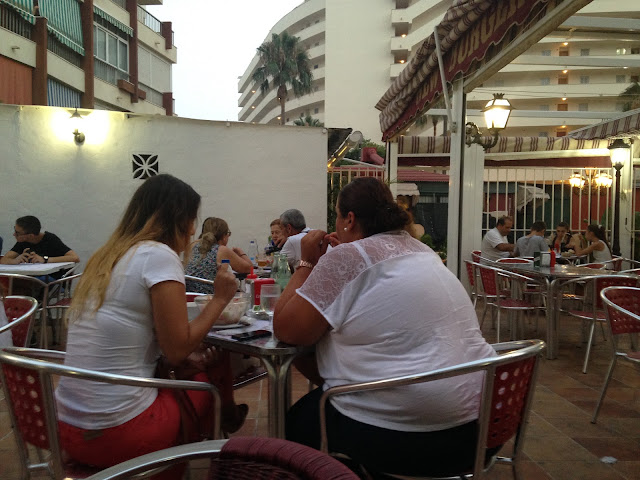 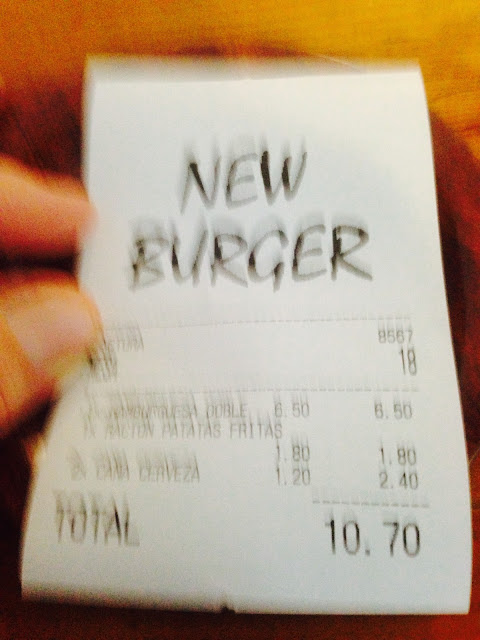