In a previous post I explained how to access Netflix and other U.S. Internet-based services from foreign countries. Netflix has restricted non-U.S. residents from accessing their service for quite some time. Traveling abroad quite frequently, I wanted to watch Netflix from time to time, but was refused access because I was outside the United States even though I am a paying customer.

Doing some research, I learned about VPNs while traveling in India last year and how to route my Internet connection through a server in the U.S., giving the appearance that I was stateside and securing my computer and data at the same time. Win-win ... right? 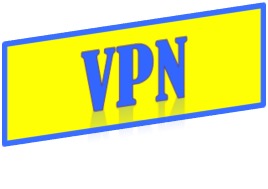 I am no expert, but the way I understand it, a VPN (Virtual Private Network) routes your connection through a secure server, encrypting your data and ensuring your privacy while using the Internet:

That server can be anywhere in the world and, in most cases, you have the choice of the location (country) your connection will be routed through.

I purchased a VPN account through Cloak for $99 a year, giving me access to my Netflix account in foreign countries (with zero English language television shows) while ensuring my data was secure while using risky hotel and public Internet connections. It worked quite well in India (October 2014 - February 2015) and in Italy (May 2015 - August 2015). Then, suddenly, Netflix started blocking customer access for anyone using a VPN or proxy ... anywhere, including the United States!

Netflix now requires paying customers to disable VPNs and proxies in order to access our accounts and stream video, exposing our computers and data to hackers and other malicious individuals at home and abroad. I understand that Netflix is probably restricted from selling their service to non-U.S. customers for one reason or another, but why can't a U.S. citizen and paying customer stream Netflix video wherever we may be?

I think it's time to share our dismay with this absurd Netflix policy by organizing a planned mass boycott effective January 1st, 2017 unless they change their policy and allow paying customers to use our VPNs and proxies while simultaneously streaming video and securing our data.

If you concur with my opinion and concerns, please contact me by sending me an email to:

with your first name and the first letter of your last name (e.g. Chris S), the city and state in which you reside, and a statement of commitment:

I, first name and initial of your last name (e.g. Chris S), hereby commit to a boycott of Netflix effective January 1, 2017, cancelling my services on that date unless Netflix changes their policy regarding the use of VPNs and proxies by paying customers NLT December 15, 2016.

I will create a post on this blog, listing committed participants by first name and last initial, city, and state, notifying Netflix intermittently via Twitter as to the number of boycott participants and effective date of the boycott.

PLEASE SEND YOUR EMAIL, copying and pasting the above statement into the body of the message along with any other comments/concerns you have regarding Netflix and their services, AS SOON AS POSSIBLE to:

Feel free to follow me on Twitter @CombatCritic and "Like" and "Retweet" my Netflix notifications regarding the boycott and number of participants. You can also "Like" my Facebook page where I will also be posting updates once this movement gets off the ground. Let's let Netflix know that "we're mad as hell and aren't going to take it any more!". 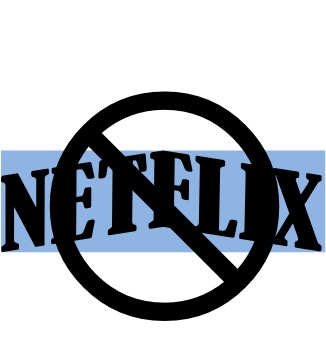 I look forward to hearing from you and restoring our internet security while enjoying the streaming video we pay Netflix to provide us.