Paul Ryan ... Savior or Satan: The Coming of the AntiChrist Or End Of The Republican Party?

The first time I saw Paul Ryan, or even heard of him for that matter, was when Mitt Romney announced he would be his running mate for the 2012 presidential election. First impressions are telling and mine are usually fairly accurate, so the first time I saw this man, a shiver ran up my spine, I was frightened!
There has been much talk over the years, particularly in the days leading to the Winter Solstice, December 21st, 2012, predicting the end of the world, supposedly prophesied by the Mayans, Nostradamus, and dozens of TV shows and films. The coming of the Antichrist, an event anticipated for centuries in some religions, has not been linked to the upcoming END OF THE WORLD, at least as far as I have seen. But the coincidences are alarming.

Here is a man, Paul Ryan, coming from nowhere, an Antichrist believers have predicted, entering a great position of power ... two heartbeats away from being the LEADER OF THE FREE WORLD, should things fall into place as the Republicans hope. Paul Ryan is now the Speaker of the House, second in line to replace the president in the event of the President's death behind Vice President Joe Biden. Were the predictions of the Mayans and others correct or will this be the BEGINNING of the end of times, Armageddon some might say, rather than the abrupt end as many prognosticators have led us to believe?

I am a conservative, a Republican, although it is really none of your business, so I have nothing at all to gain by my perception. In fact, I will most likely be ostracized by fellow conservatives and many of my friends over these comments.

Obama seems like a fairly decent guy, a family man, smart, motivated, and has done a few good things. But his policies have been ineffective and I do not agree with many of them, which will also not be referenced here because my political views are irrelevant. Our country is a mess, the result of a loss of clear institutional and personal values in my opinion, and change is needed. The question is: Is Paul Ryan the right guy to take control, now, or in 2020?

Many may have thought that my problem was with Mitt Romney's faith, being a Mormon, and nothing to do with Paul Ryan. That could not be further from the truth. I have known hundreds of Mormons over the years, cadets at the US Air Force Academy where I was on the faculty from 1988 to 1993, fellow Air Force officers, and friends throughout my life. Mormon people, in my experience, are wonderful people: warm, helpful, friend and family oriented, loyal, straightforward, honest ... just good people, without a single exception. So is this about faith? Absolutely not. Is this about a gut feeling, a perception? Absolutely!

The first time I saw Ryan, he gave me the creeps, reminding me of many sociopaths I have had the misfortune of knowing over the years in my psychotherapy practice.  My peers, clinicians with experience with sociopaths would say: "THE LIGHTS ARE ON, BUT NOBODY'S HOME" when looking into Ryan's eyes and referring to "those types".  You have possibly had the same feeling. Am I right?
Is my perception based in fact or science? As I stated earlier, it is not. But I have dealt with enough evil in my life and have a great deal of experience working with people of questionable sanity and integrity, so take it for what it is worth ... my opinion.

Paul Ryan has vacillated since Donald Trump became the Republican nominee in 2016, attacking him, then endorsing him, then abandoning after the "locker room talk" tape came to light on October 7th 2016. Paul Ryan, the senior elected Republican official in the U.S. Government, has abandoned the 2016 Republican nominee less than a month before the presidential election and the Party will not recover with this kind of subversion.

Paul Ryan, savior or Satan that he may be, only cares about Paul Ryan and his future political aspirations. President in 2020? Who knows? But Paul Ryan and other reprehensible Republicans have abandoned our sole nominee, giving up on the presidency and leaving the door open for President Clinton II, Bill's puppet and a woman who should not be able to hold a security clearance, much less the presidency.

Anybody else who mishandles or mishandled classified information, much less TOP SECRET information, would, at the very least, lose their security clearance forever and their government job at the very least. likely being prosecuted and serving serious prison time. However, Hillary seems to be immune from "normal" sanctions and repercussions for crimes against our country, crimes that I, as former holder of a Top Secret clearance, would have lost my security clearance, my career, and my freedom for doing the same thing. According to AmericanThinker.com:

The cases are almost identical, but Petraeus admitted his crime, apologized for it and paid a fine. Now the man who is arguably the most significant American general since World War II, who achieved a victory in Iraq that President Obama threw away, is going to be publicly humiliated and his reputation permanently tarnished. Hillary Clinton, meanwhile, whistles past her own graveyard, escaping punishment thus far for exposing our most classified secrets to foreign enemies on an unsecured server in her private residence."

So, Paul Ryan, the senior elected Republican U.S. politician and third in line, in terms of succession, to the presidency, has now disowned our Republican nominee or, as the preacher in Blazing Saddles said, "Son, you're on your own". Ryan obviously only cares about his own 2020 aspirations for president and not the Republican Party or the United States of America.

So, is Paul Ryan going to turn out to be our "savior" or "Satan"? Probably neither. Is he the coming of the Antichrist and the end of the world or just some young, decent looking guy bent on serving his country and doing some good? Time will tell. I hope I am wrong and do not give credibility either to the myths surrounding the coming of the Antichrist or the predicted Armageddon and end of the world. I am just a writer and blogger trying to raise some controversial and interesting discussion about the world, our Nation in crisis, and the upcoming election, so do not take my "perceptions" too seriously. 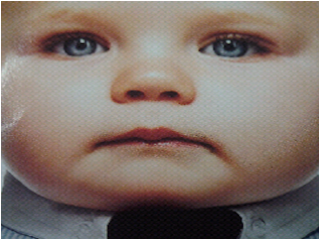 However, if they are correct, I will not receive any credit because there will not be anybody to bestow it upon me, and, if incorrect, I will be disliked or ostracized for my views, so what do I have to gain? Not a thing. I am just sharing a story, a perception, a controversial opinion, allowing you to form or hold your own because that is what is special about our country ... we can have strong convictions and opinions, share them openly, and not have to worry about being deported or thrown in jail because of them.

Thank you for letting me tell my story and for listening, and ... GOD BLESS THE USA AND OUR NEXT PRESIDENT, whomever we elect ... hopefully, not Hillary Clinton, who should not be able to hold a security clearance much less be President of the United States.

Read this post about Paul Ryan's attack on military retirees.