First impressions are everything. The large house with three guest rooms, two smaller queen size en suite ($129) and a much larger king size with a separate vestibule and sofa ($149), is well kept inside and out. A lovely 1920's stone and wood structure, the Andersons have unfortunately modernized the house extensively inside, losing most of the early 20th Century charm expected of a B&B. The furnishings are also predominantly modern and tastefully done, but they seem out of place in a B&B. 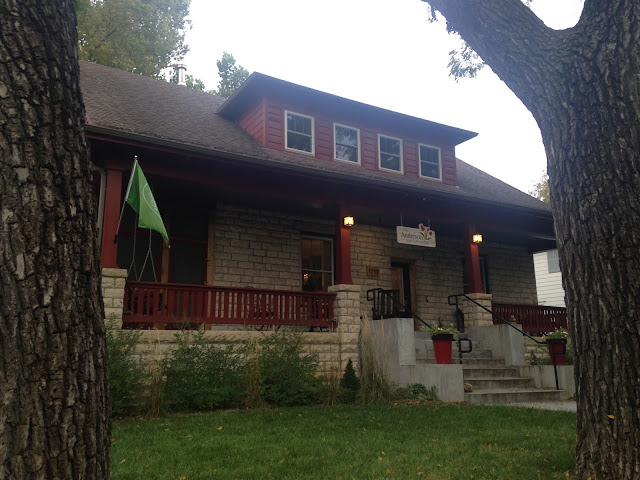 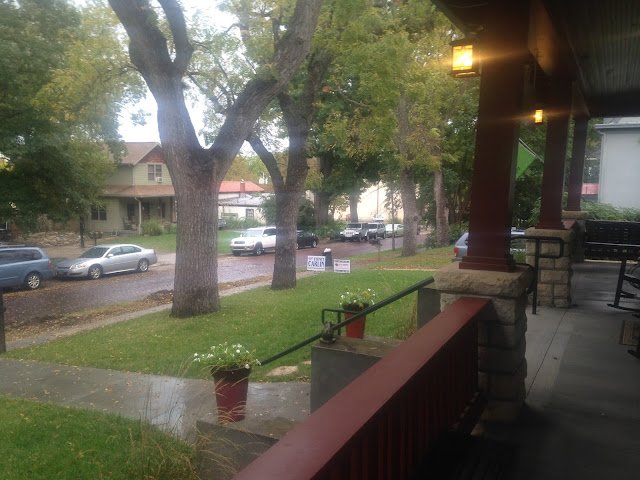 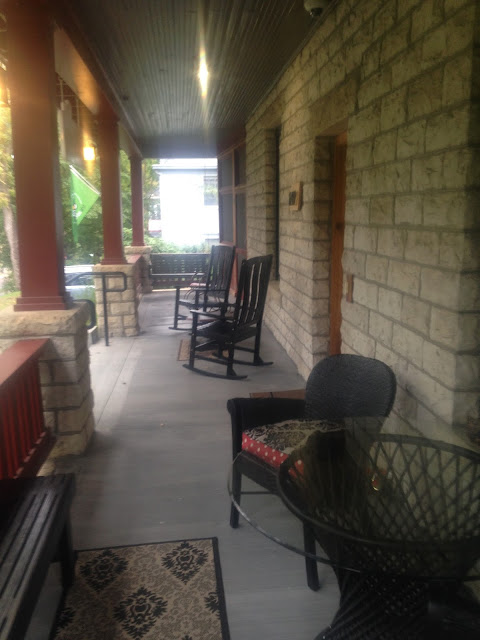 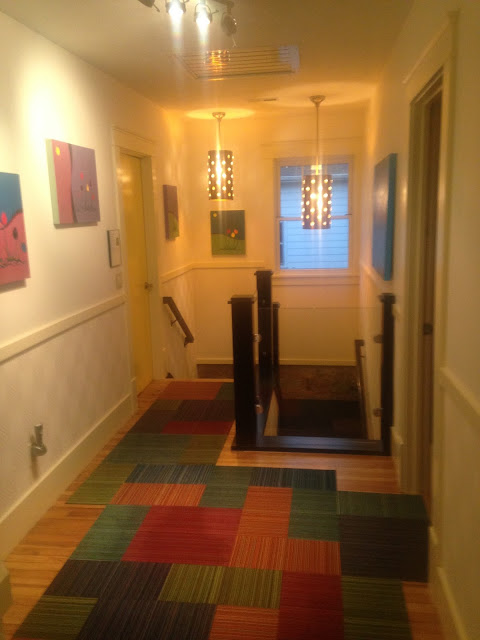 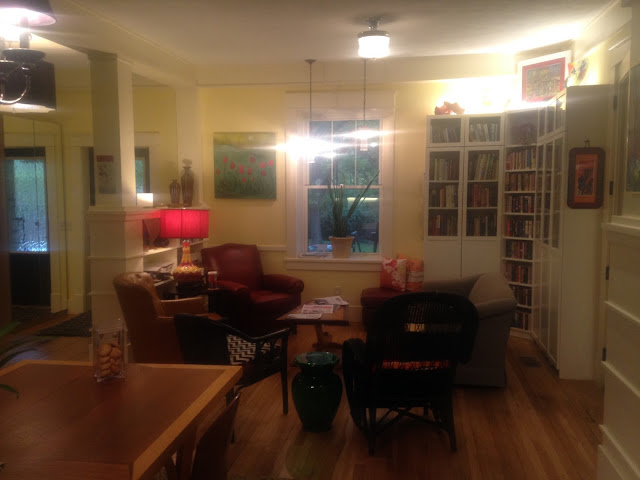 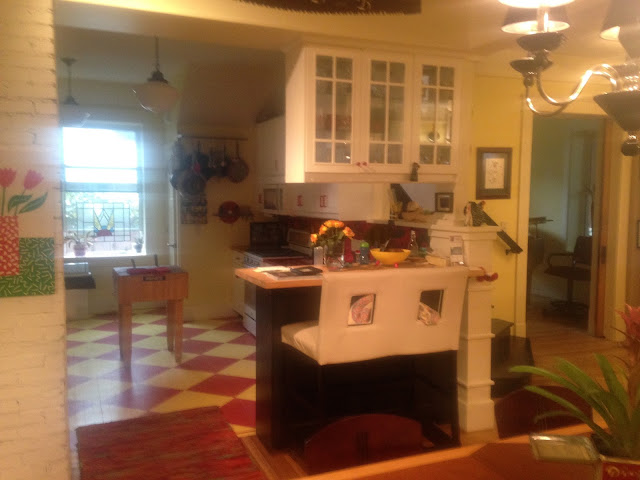 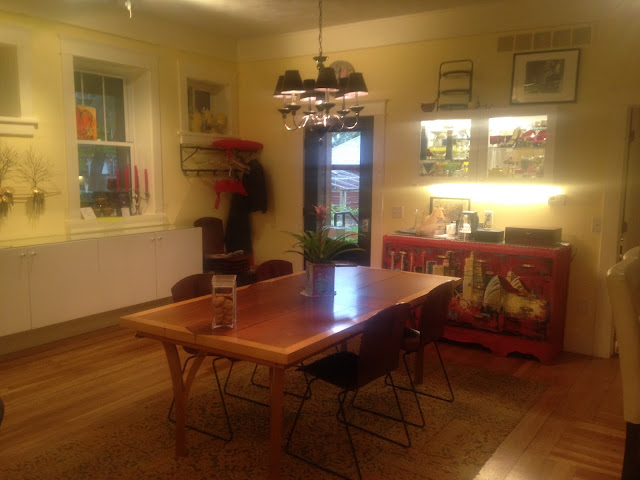 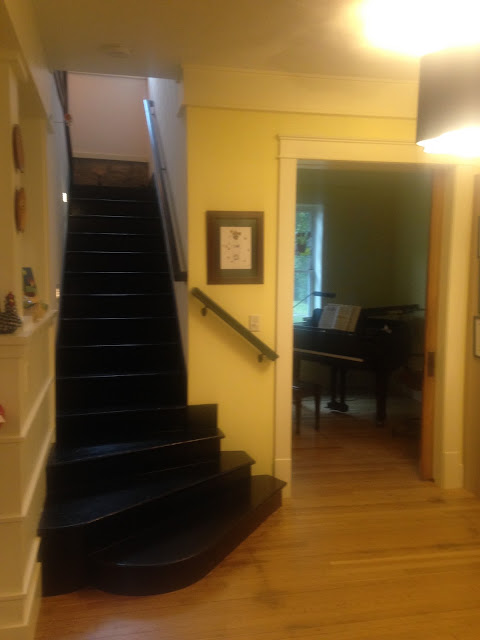 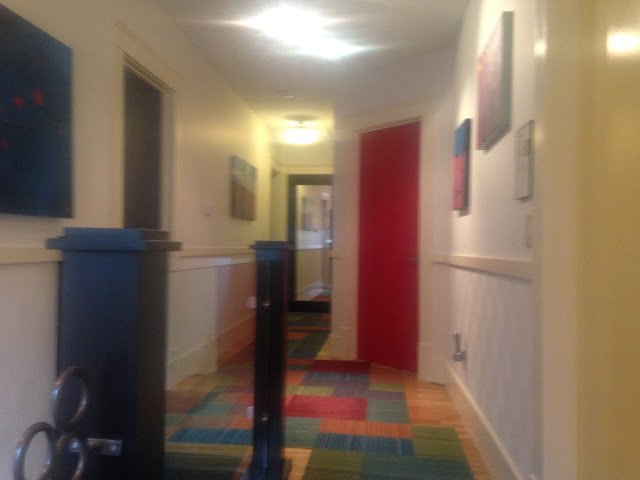 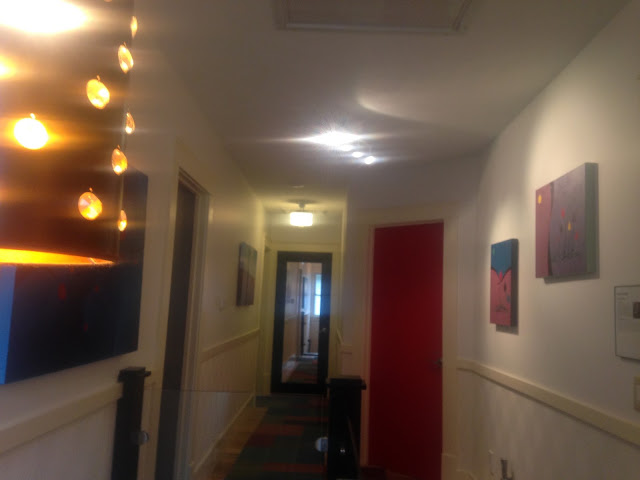 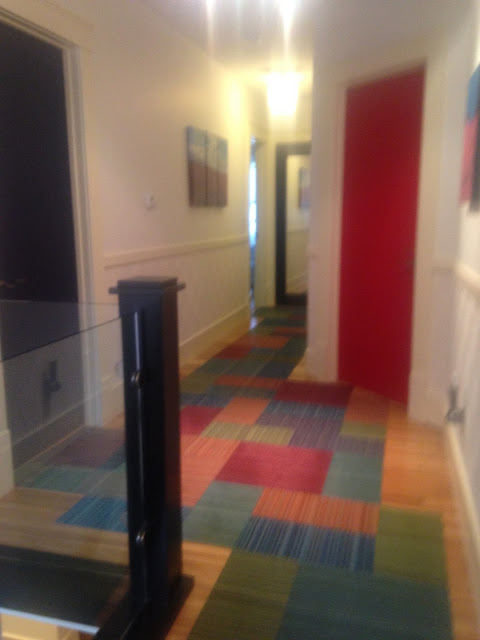 Dawn, the lady of the house, seemed very nice, but had to leave on errands when we arrived, so her husband Phil briefed us on the details of the house and showed us to our room, the smallest of the three rooms, a.k.a. the "Peters" room. He briefly showed us the other two rooms only because the doors happened to be open and I had enquired about seeing them, but that was the end of it.

I tried to make small talk with Phil about the house, our 1860s home in Lawrence, and about the obvious Dutch influence in their house, but soon had the perception that Phil is the kind of person who seems to know everything and fails to listen to what others have to say. For example:


I mentioned our 1860s home in Lawrence and that we were unsure as to when it was built and whether or not it had survived Quantrill's raid, being a wood structure and unsure of the exact history of the house (Quantrill and his men killed hundreds of Kansan's in the raid and burnt down most of the wooden structures in Lawrence). Most of the wood structures in Lawrence had not survived the raid except for a few, one being the house next door to ours, the home of a local bootlegger.

Well, Phil seems to know much more about Lawrence history than I do, me being a Lawrence resident and all, quickly correcting me and stating "Quantrill's raid was before the Civil War, so your house couldn't possibly have existed prior to the raid if it was built in the 1860s". Knowing better, but not wanting to argue with him, I said "OK Phil" and went about my business.

In-fact, the Civil War lasted from April 12, 1861 to May 9, 1865 and Quantrill's raid occurred on August 21, 1863, clearly during the war and in the 1860s as I had stated. I do not like correcting people, even if they are wrong, especially with people who seem to think they know everything but do not.

Fair enough, I quickly ended the one-sided conversation and returned to settling-in.

We were also told that there would be only two other guests arriving that night, staying in the other small (Parsons) room and leaving the larger Van Maanen Suite free. As we were unpacking, the other couple arrived and I overheard the conversation as they were just outside our door in the hallway. Dawn had returned by then and was showing them to their room, stating "I had you in the Parsons Room, but I'd like to upgrade you to the Van Maanen Suite at no extra charge if that's OK with you". Strange, I thought, because we had arrived much earlier and it was obvious that these were, like us, not return guests, but we were made no such offer to stay in the empty room even though I had told them it was my wife's birthday. What are we, chopped liver?
When I came down to get our luggage from the car, Phil was cooking dinner. I asked him about the obvious Dutch influence in the house's decor and he referenced Dawn's Dutch heritage, telling me about their trips to the Netherlands, but cutting me off and not wanting to hear anything about my visits there. He then told me, "We're having family over for dinner 'in the dining room' (which takes up most of the main living area) at 6:30", sounding like a rather big hint that we were probably not welcome in the main area of the house even though we were paying $130 per night to stay in their B&B. I told him, "Don't worry Phil, we will make ourselves scarce", to which there was no reply. When we came back from dinner around 7:30pm, the house was full of family and children, making it uncomfortable and impossible to enjoy the main area of the house, including the large adjacent enclosed porch, so we sequestered ourselves to our room. 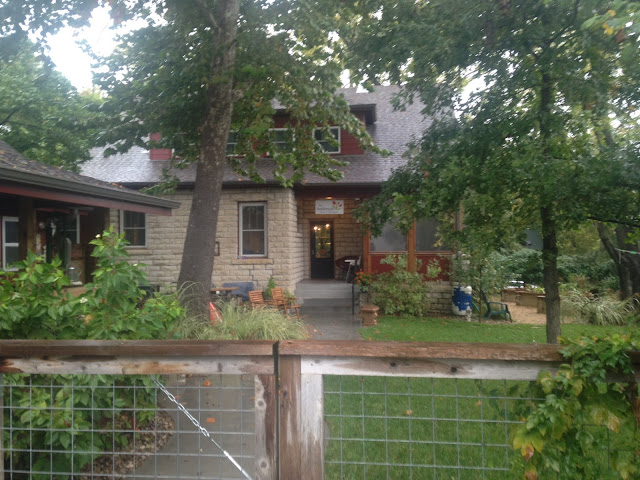 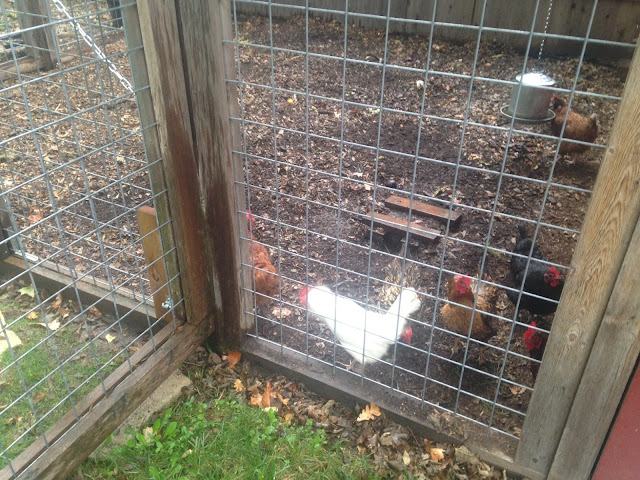 Anyway, as I said, first impressions are everything, but I tried to be as objective as possible during the remainder of our stay, not letting early perceptions slant my bias as I will, and as always, attempt to do here.

Even though I do not agree with the modernization of a historic home, the house is nice and the rooms comfortable and clean. There was a TV with cable in the room, although FS1 and the NLDS was not available, and the Wi-Fi was fast and dependable. Although we had restricted access to the main living area, there were several books available to read as well as a large screened-in porch which we were unfortunately not able to enjoy.

I was hoping to get some ice water before bed, but the open kitchen is "off limits", clearly listed as "PRIVATE", so I had to make do with tap water during the night. 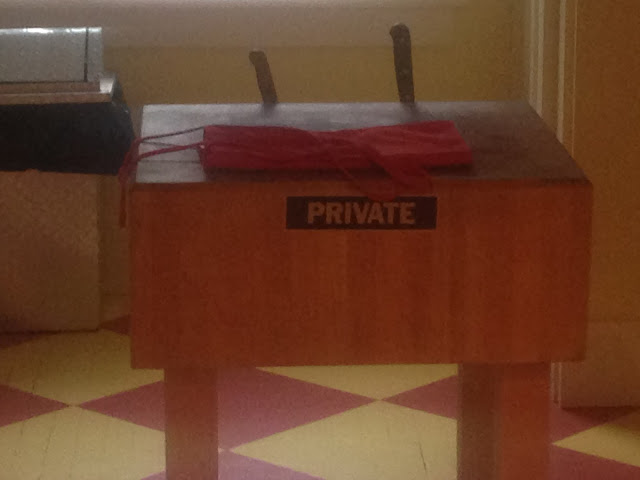 The bed was comfortable although rather small for a "queen", but we had no way to control the temperature in the room and it was very hot, uncomfortable for sleeping as I like sub-70 degree temperatures to sleep and it was closer to 75 degrees in the room overnight. I also prefer darkness in the morning, but the curtains were thin with no blinds, allowing the morning sun to wake me up at 7:30 whether I liked it or not.

We were asked to designate the exact time we wanted breakfast the night before and it was ready at 8:30am at the appointed time when we went downstairs in the morning. The "upgraded" couple from Texas were at the table when we arrived as were coffee and juices. Breakfast consisted of what was described as an "apple pancake" made with eggs from the chicken coop out back, as well as tomato, grapes, melon slices, and three small kielbasa. The egg was somewhat dominant in the pancake and not to my taste, but I finished it nonetheless as not to insult the host. The coffee, juice, and kielbasa were all good.

In all, the house was nice, as was Dawn, and centrally located. The limited access to the living area due to the impromptu dinner party and the kitchen being "PRIVATE", Phil's somewhat controlling, know-it-all demeanor, and the excessive heat and light in the room made for a less than perfect stay. At $130+ including tax, comparatively speaking, Anderson B&B was at least $30 overpriced as we have stayed in much nicer, more historically accurate B&Bs in comparable mid-size Midwestern cities (St Joseph and Hannibal, Missouri for example) for well under $100 per night.

CombatCritic Gives Anderson Bed And Breakfast A Very Generous 5 Bombs Out Of 10 ... More Bombs Are Better!