Manhattan, KS: Not Quite A Star, This Aggieville Pub Is Decent And Cheap

Claiming to be a Welsh pub, Keltic Star offers traditional pub food (Cornish pasties, shepherd's pie, bangers and mash, curry, fish and chips, and lamb stew) as well as appetizers, sandwiches, burgers, and an assortment of drinks from the bar. 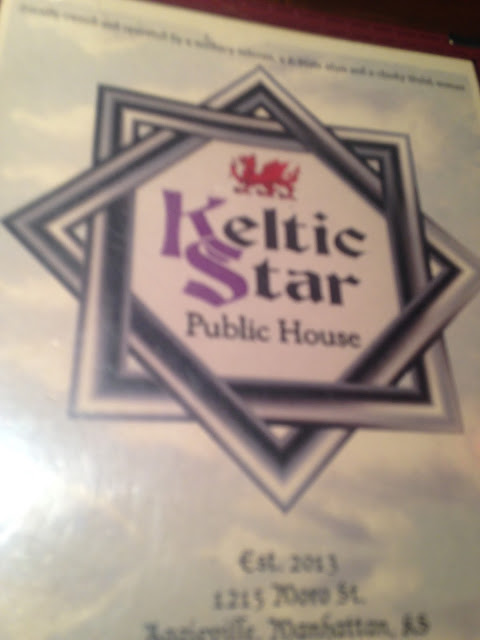 Located in Aggieville, an area of bars and restaurants near the Kansas State campus, it was "Funday Sunday" the night we were there, so tap beers were $2.50 for what they refer to as a "pint". A true Imperial (British) pint is a little over 19 ounces and, as we all know, a U.S. pint is 16 ounces. These were neither, being closer to 12 ounces than 16 or even 19, but for $2.50, who is to complain? 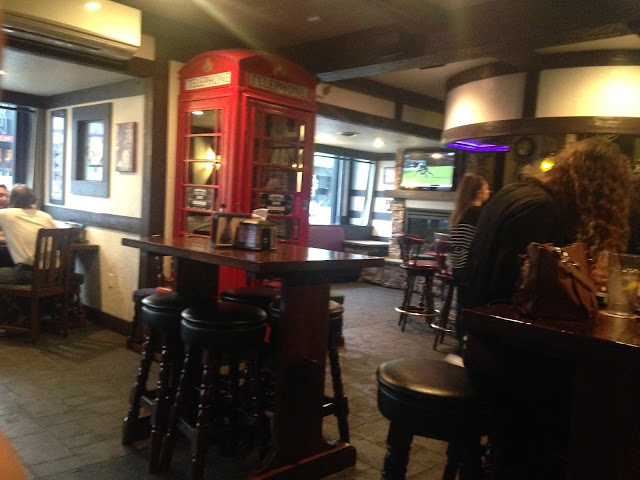 We started with a Welsh Rarebit ($6) which has nothing to do with rabbit as many people falsely assume. Coming on five small slices of baguette, the seasoned cheddar cheese was broiled then topped with a few slices of green onion. It was pretty good, but at $1.20 per piece, a tad overpriced, likely costing less than $1 to make (all five). 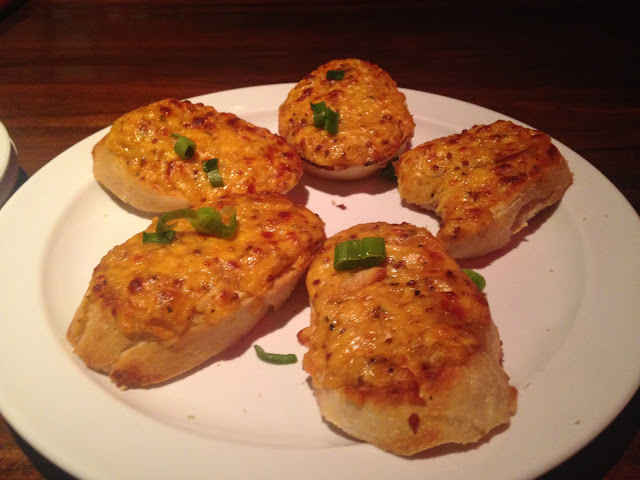 My wife ordered the Cornish Pasty ($8.50) which is not Welsh at all, but as the name implies it is a specialty of Cornwall, an area in the southwest of England. A pasty has a savory filling, in this case ground beef, potato, carrots, onion, and rutabaga. The dish came with choice of one side dish, so she chose mashed potatoes and gravy. There was also a small cup of brown gravy for dipping the pasty in. The pastry was flaky and the filling tasty, and having had pasties in the UK, I have to say fairly well done. 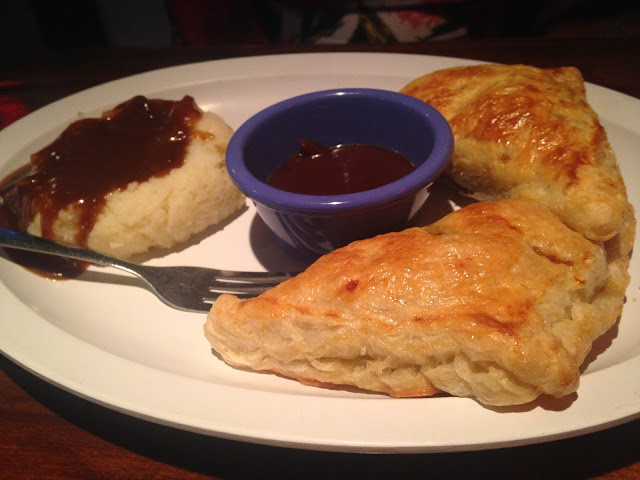 I decided on the Pub Platter ($14.95), a combination of small servings of shepherd's pie, pasty, banger and mash, and fish and chips. The shepherd's pie was very small but good, obviously made with traditional minced lamb, carrots, peas and topped with a dollop of mashed potatoes. The pasty, as I said before was flaky and good, as was the banger (sausage) and mash, coming with sautèed red cabbage and covered with brown gravy. Everything was good, except for the fish and chips which were very greasy, likely pre-fried, stored, then tossed in the deep fryer a second time right before serving. The fish was flaky and the batter crisp, but both the fish and the chips (fries) were soaked in oil as you can see in the photo below. Otherwise, everything was good and portions were just right as to be not too filling, but not leaving me hungry. 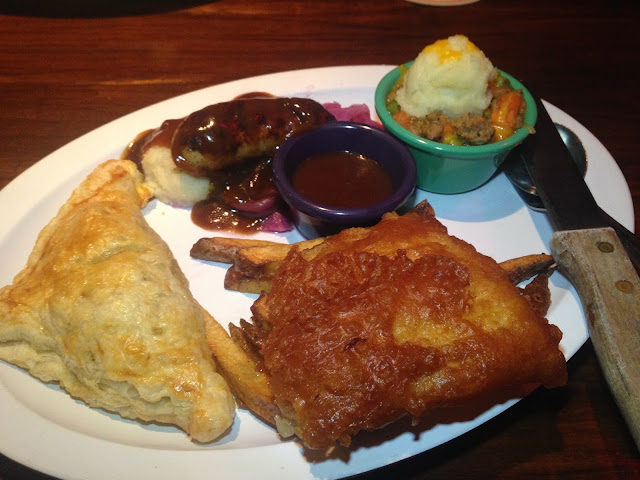 The place has somewhat of a pub feel with an obligatory red British phone booth and other decor you might find in an English or Welsh pub. The service was efficient and friendly. In all, not a bad meal.

Title: Manhattan, KS: Not Quite A Star, This Aggieville Pub Is Decent And Cheap