First of all, if you are going to try to use Italian words on your menu, make sure they are the right words and are spelled correctly if you want to be credible. It is "Antipasti", plural of antipasto (Italian for appetizer), not "Aperitivo" (which is an alcoholic, pre-meal beverage intended to stimulate the appetite). Enough said. 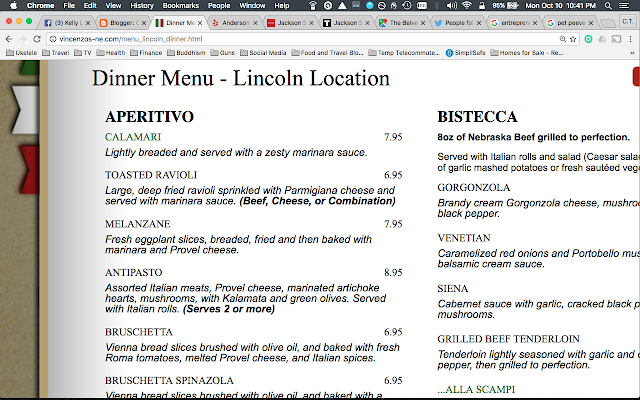 We tried to make a reservation, but at first nobody answered the phone, then we were told they only take reservations for parties of five or more. Keith Urban was having a concert that night and parking was a nightmare, but we managed to find a handicapped spot right in front of the restaurant (I am 80% disabled by the VA if you are wondering). 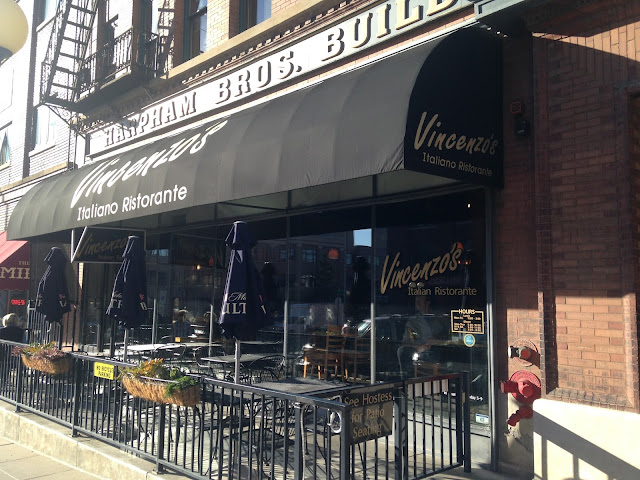 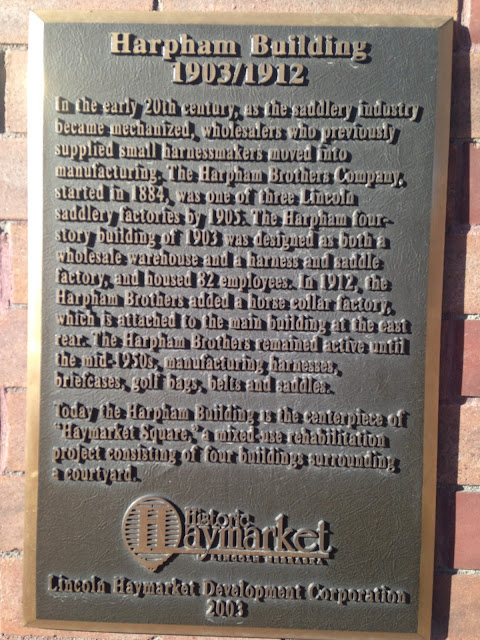 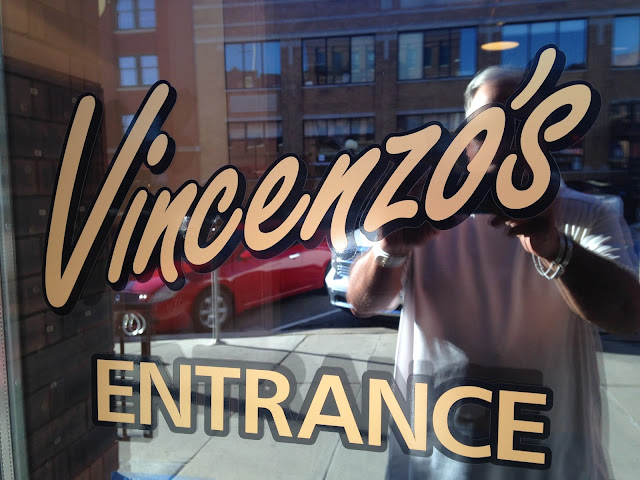 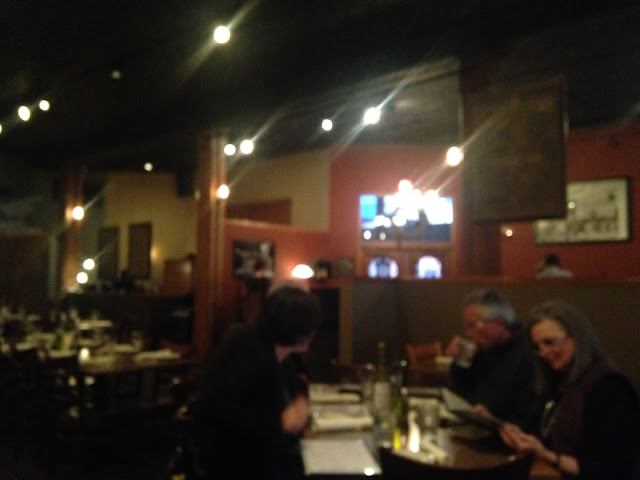 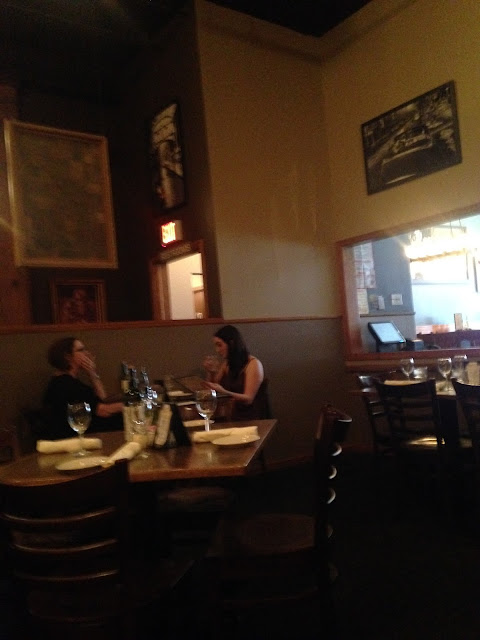 Fairly empty at 5;15pm on a Saturday, the place quickly filled up. John, our server, was indifferent, yet friendly and efficient, but with poor timing. He seemed overeager to take our order, not giving us much time to peruse the menu. 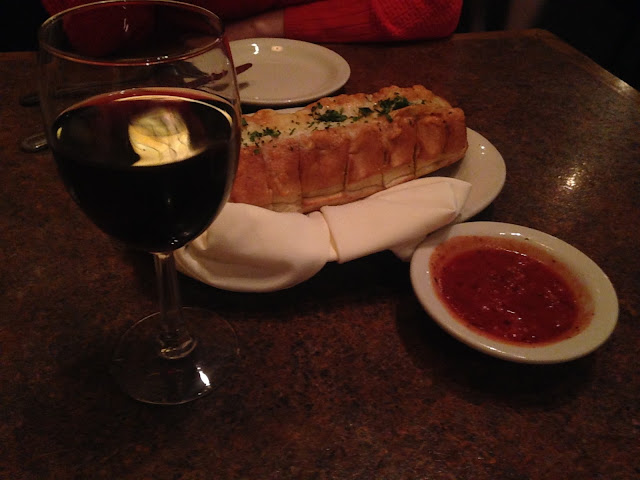 We ordered the Garlic Cheese Bread ($4.95) to start. He asked if we would like some marinara with the bread, not mentioning the $1 upcharge that I later found on the check, so I said "of course". The loaf of bread was hot, soft, and garlicky, but I found little if any cheese. 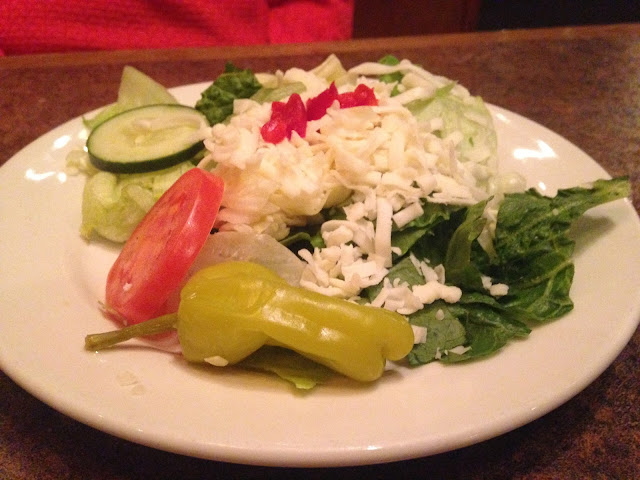 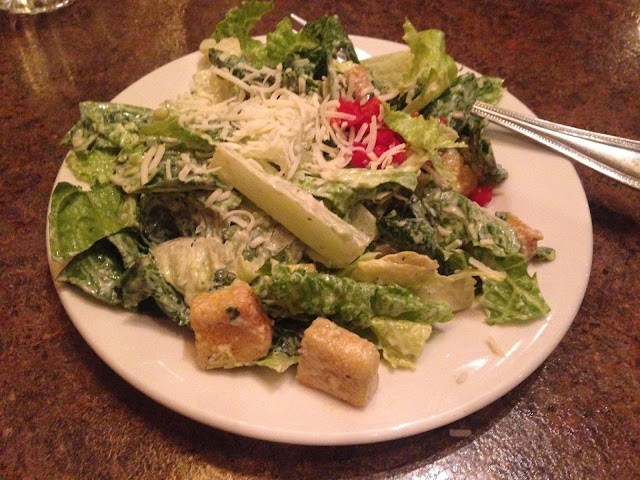 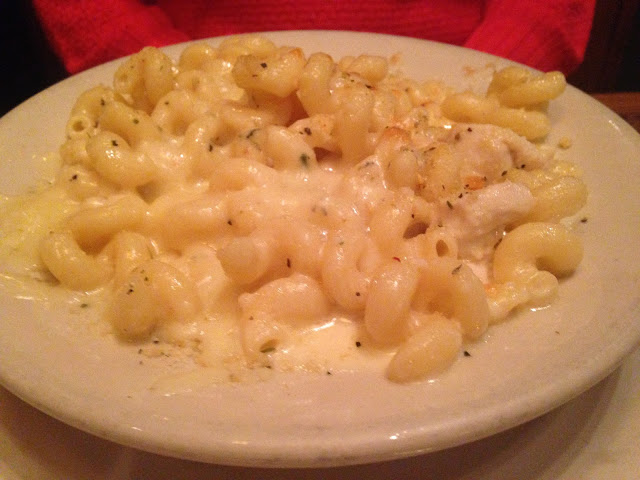 I wondered why the "veal parmigiana" ($12.95) was in a different section of the menu than the other veal dishes ($17.95), asking the server. He told me that the only difference was that it was "breaded" and "baked, not sautèed", so I decided to try the parmigiana. Well, I found out why there was a $5 difference. More soon. 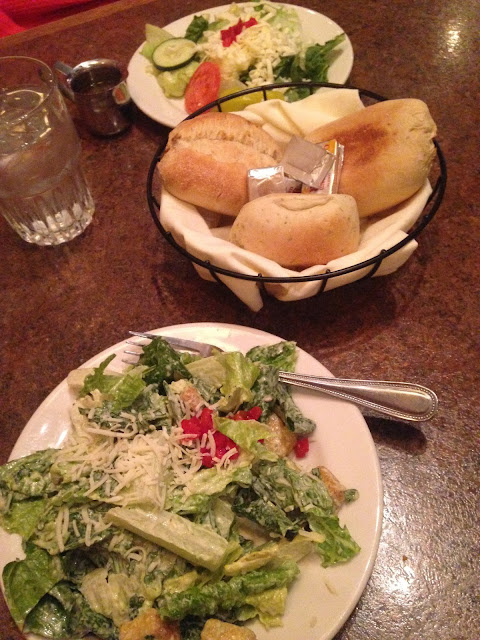 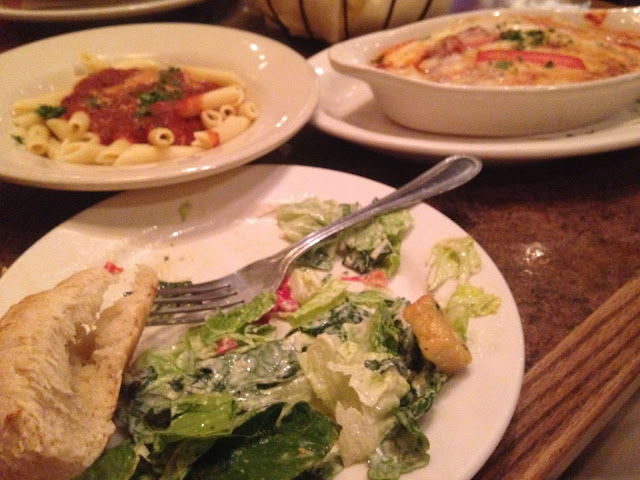 We received our salads shortly after finishing the garlic no-cheese bread and they were decent. My wife had the house salad and I the Caesar ($1 extra), although they went a bit overboard with the anchovies in my opinion. Then came the classic server faux pas, my pet peeve, our entrees arrived before I was halfway done with my salad. Oh, John, get a grip. Normally, I would have sent the entrees back until I was done with my salad, but I let it slide. 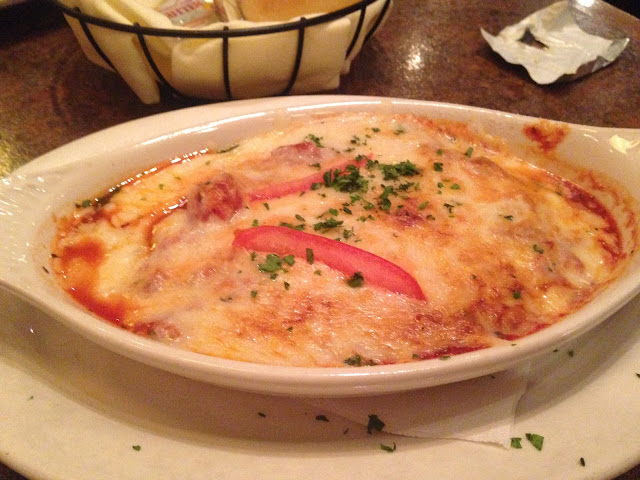 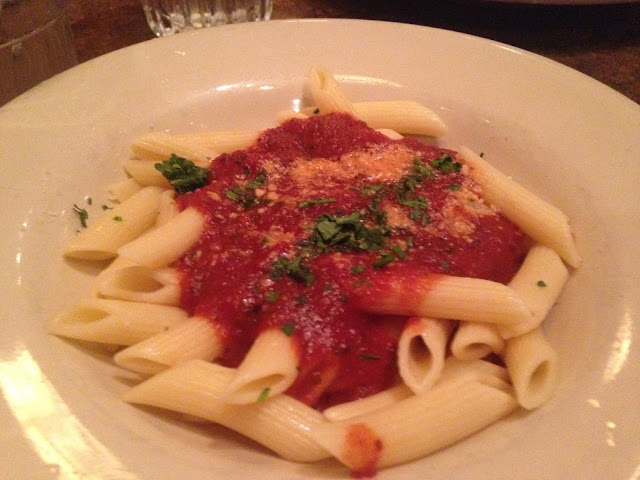 As I was saying, I was curious why the parmigiana was $5 less than the other dishes and found out when it arrived. Coming in a casserole dish, the "veal" was obviously a processed patty, likely from Sisco or another restaurant supplier, smothered in marinara sauce, covered with cheese, and baked. For some reason, the sauce was somewhat watery at the bottom of the casserole, like pasta that has not been strained properly, but for $12.95 (including a side of pasta and salad) I could not complain too much or be surprised by the processed veal. It actually was not that bad, but was not the "veal parmigiana" that was listed on the menu.

For Lincoln, Nebraska, I would have to say that Vincenzo's was not great, but not bad. The decor was pleasant, the service good (except for the faux pas), and the prices very reasonable for an "upscale" restaurant (according to reviews - by Nebraska standards).