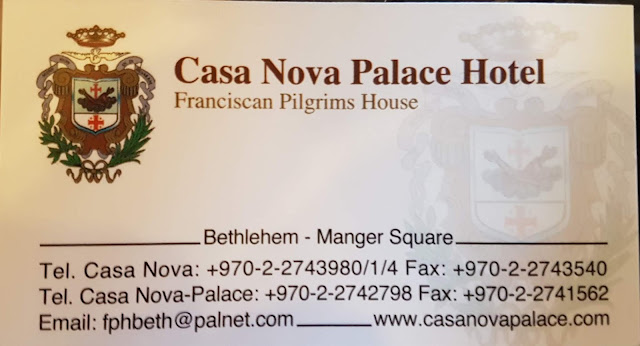 We decided to take a bus to Bethlehem (which is a Palestinian Territory), finding out when we got off the bus that there had been a skirmish about 15 miles north in the Palestinian city of Ramallah early that morning with four dead, two Palestinians and two Israelis. The tension in the air was thick and we were bombarded by a taxi driver wanting to overcharge us as soon as we exited the bus. After politely declining his advances, I told him very firmly that we wanted some space, to which he replied: "oh, maybe you are Jewish to talk to me in this way". His friend then stepped in to play "good cop", kindly reprimanding his friend (bad cop) and explaining all of the things that we needed to see in Bethlehem for a mere ₪150 ($40). We politely declined, walking about 15 minutes to Manger Square and the Church of the Nativity and being the ONLY TOURISTS ON THE STREETS OF BETHLEHEM.

Casa Nova is an oasis in a desert of eateries in Bethlehem. We saw the sign from Manger Square as we were headed toward the Church of the Nativity and the birthplace of Jesus. "Trattoria Francescana" caught my eye, an Italian restaurant in a hospice for Franciscan pilgrims ... sounded good to me after nine days of humus, falafel, schnitzel, shwarma, and pita bread. 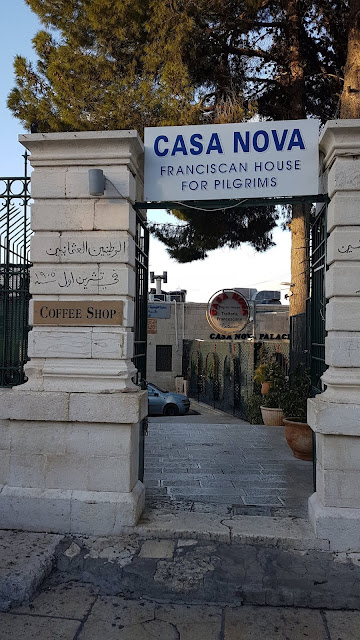 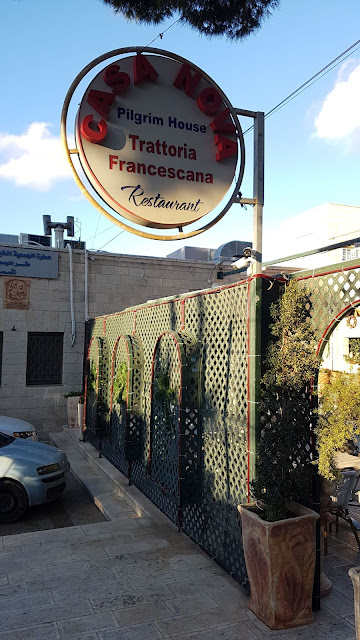 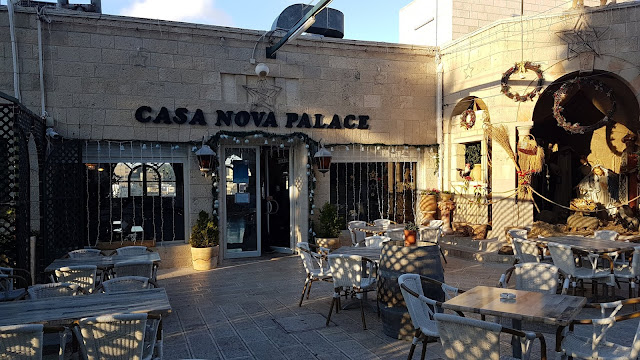 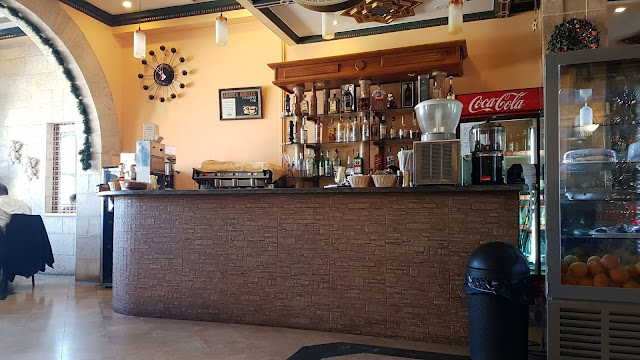 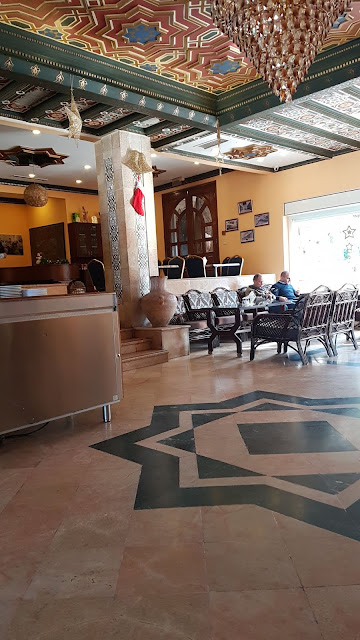 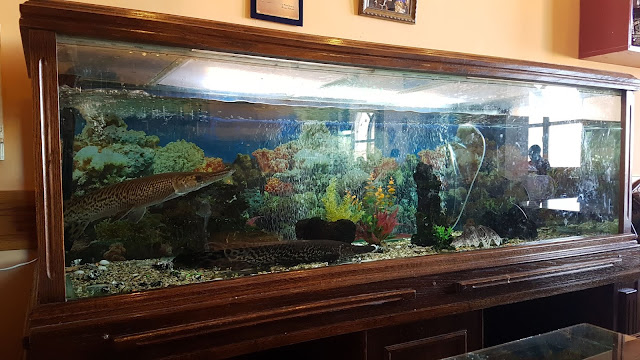 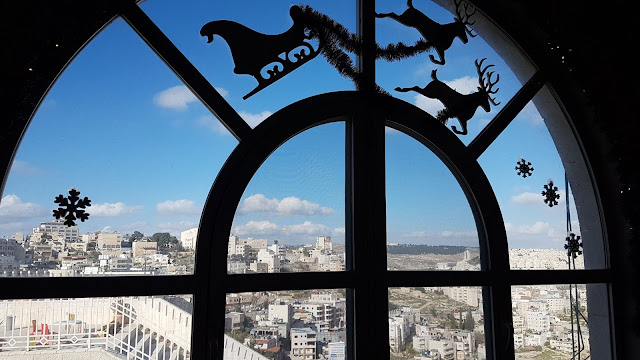 Overlooking a scenic valley to the north, this 63 room inn in the center of Old Town Bethlehem has a restaurant open to the public that is probably one of the best values in Israel with both great food and service. Our server brought a basket of fresh bread rolls and a complimentary dish full of Kalamata olives right off the bat. Good start. 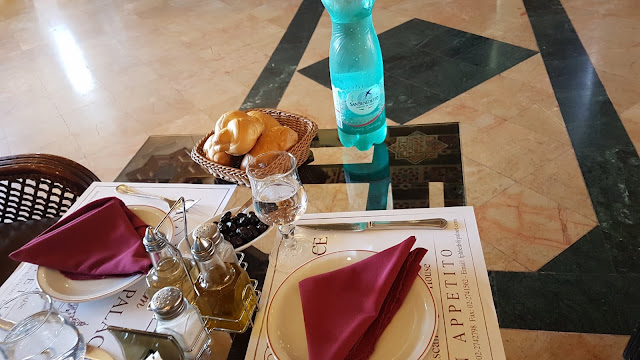 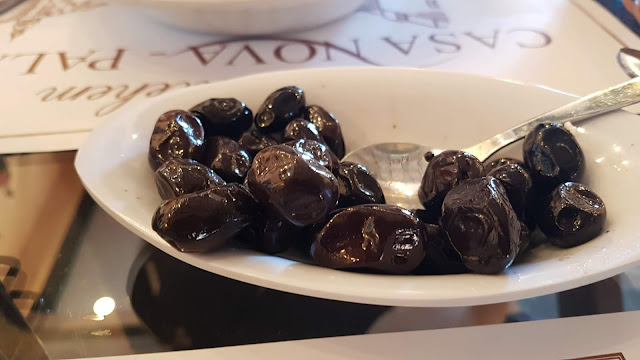 We decided to share a Greek Salad (₪22 / $5.85) with fresh lettuce, tomato, cucumber, white onion, Kalamata olives and feta cheese that was incredible for the price. For our main courses, we each had a pasta dish (₪30 each / $7.95), me the Spaghetti Carbonara and my wife the Ravioli di Spinaci e Ricotta. The carbonara was well prepared and tasty, but a bit on the dry side and the ravioli delicious, soft and obviously homemade, coming in a thick, rich cream sauce. 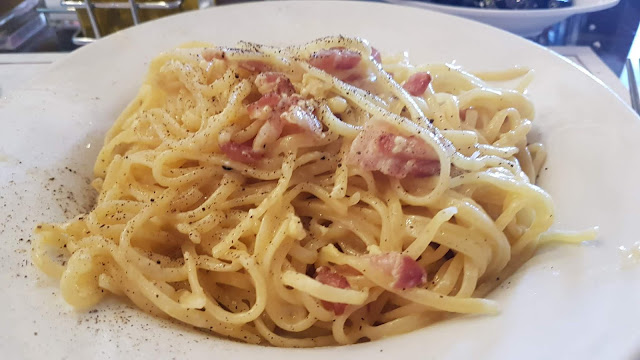 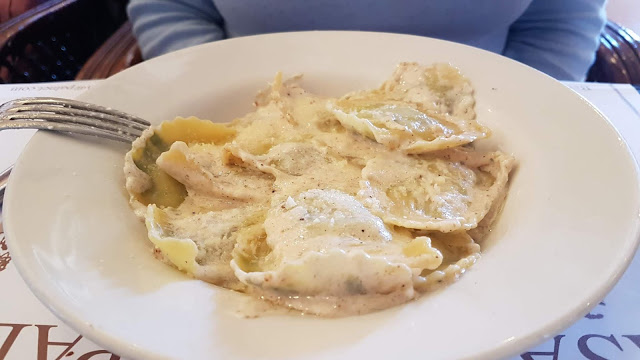 Along with a 1.5 liter bottle of aqua minerale (mineral water), a cappucino and an espresso, we paid a mere ₪120 ($31.80), including service charge, for our wonderful meal. Casa Nova ("new house") is a shining star in Bethlehem and just a stone's throw from the birthplace of another native and much bigger star ... HOOAH!

If you have the nerve to travel to Bethlehem on your own, make sure that you stop at Casa Nova for lunch or a snack. You will be glad you did!

CombatCritic Gives Casa Nova Trattoria Francescana 10 Bombs Out Of 10 And A Spot On My WALL OF FAME ... More Bombs Are Better!