Tel Aviv, Israel: It Was Much Shwarma Than Expected In December

A block north of Dizengoff Square and two blocks from our Airbnb, we found Yashka Shawarma. We saw the staff loading soft, luxurious pita bread with mounds of chicken, turkey, veggies, and sauces and the result looked outrageous, so we approached only somewhat cautiously being our first night in a new country where the alphabet and language are very unfamiliar. 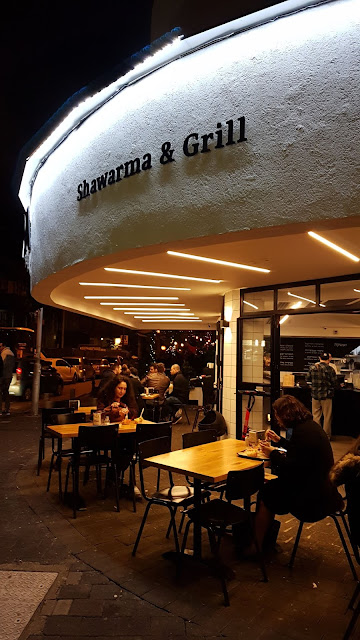 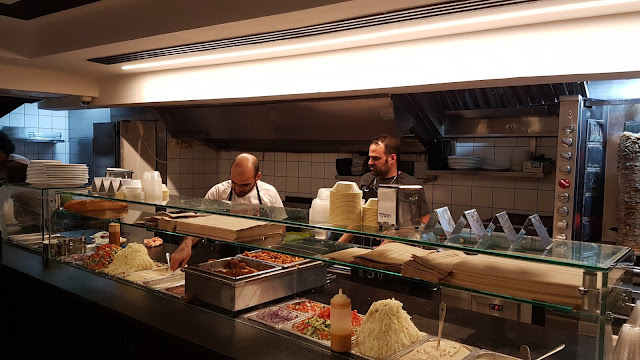 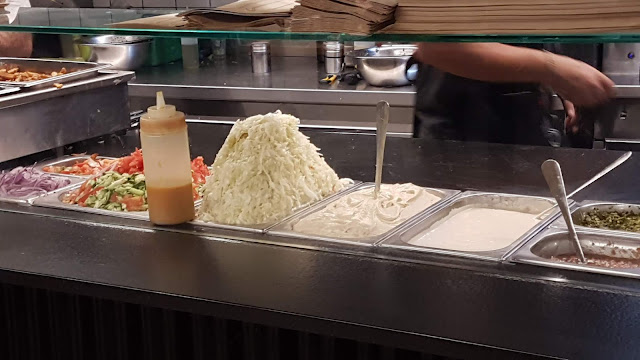 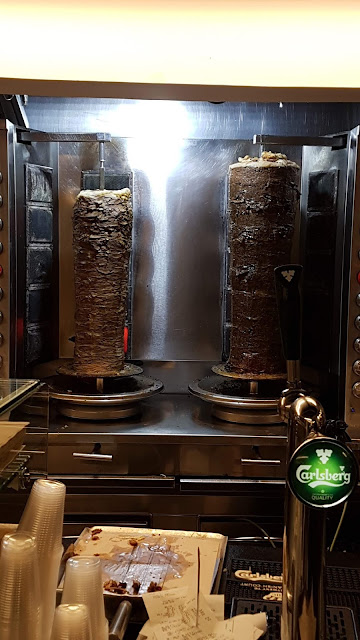 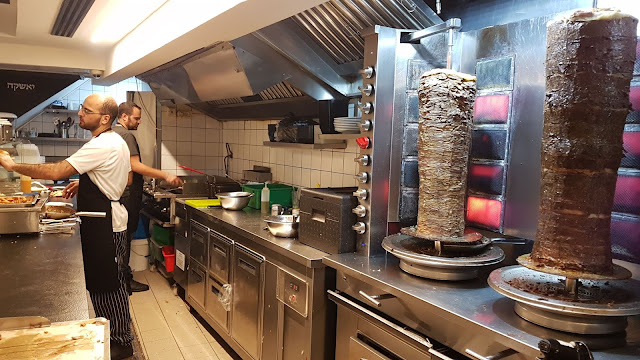 The very nice, young gentleman at the register spoke decent English, making the ordering process somewhat quicker and much easier. For me it was the grilled chicken pita, which came with a side of crispy, greasy fries and all the pickled pickles and salad I wanted from the small salad bar next to the counter (₪33 - $8.75). The chicken was grilled before our eyes and placed on the soft pita with a choice of tomato, cucumber, onion, cabbage, humus, an unknown sauce, and more. The sauce, I later found out, was tahini and it was delicious. The Coke Zeros (₪10 - $2.65) were very cold and came in a tall, slim can. 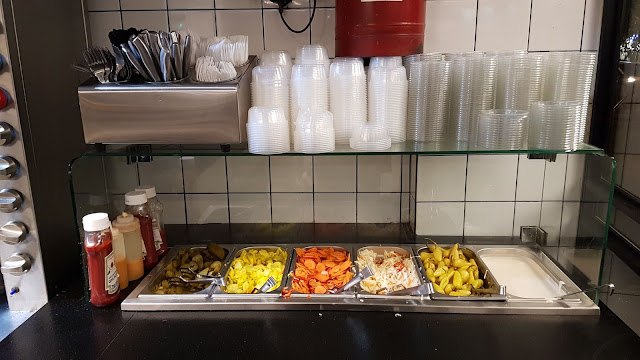 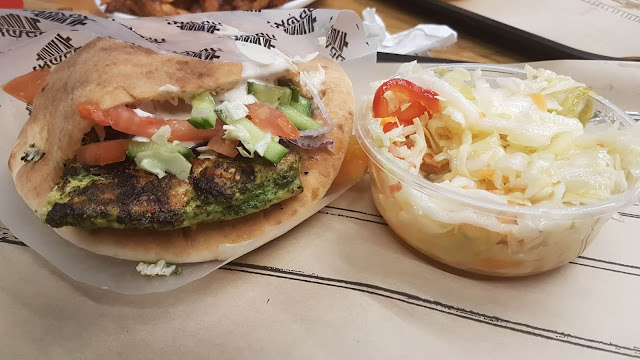 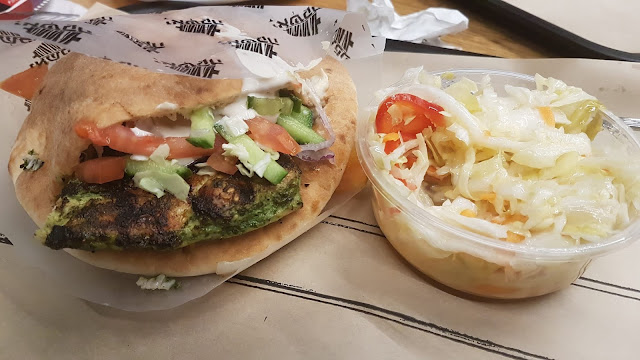 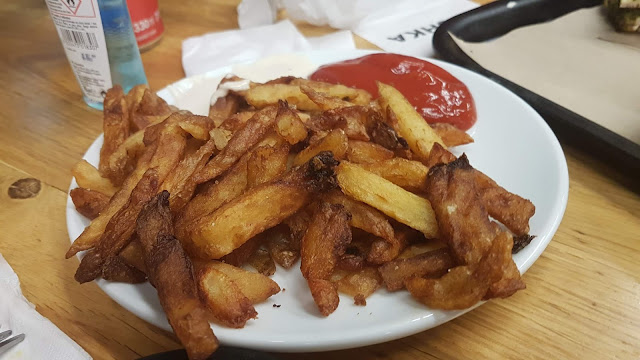 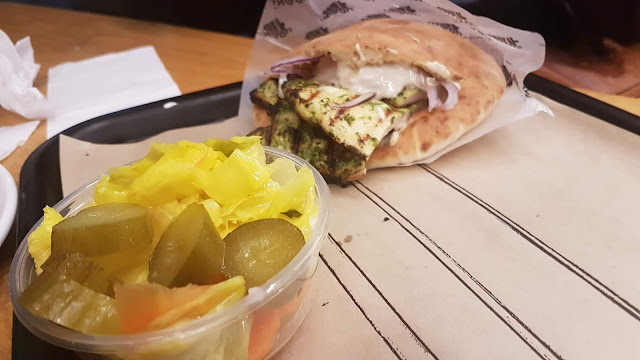 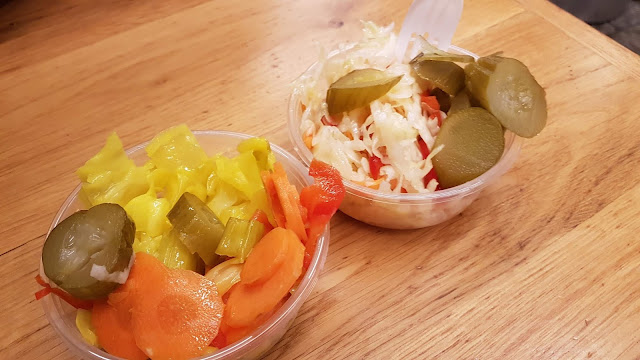 On our second visit, I ordered the shwarma (₪46 - $12.15) on laffa (like a massive wrap) instead of the pita, a much better value, especially if you are hungry ... very hungry. I got the recommended turkey and veal combination with tomato, onion, cucumber, humus, tahini and chili sauce. Coming with a side of greasy fries and the side salad bar, I had more than enough for two meals ... HOOAH! 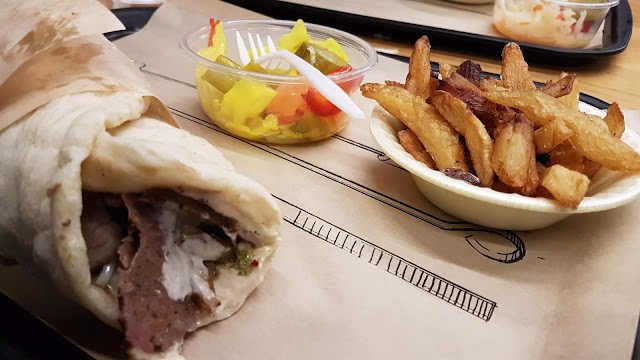 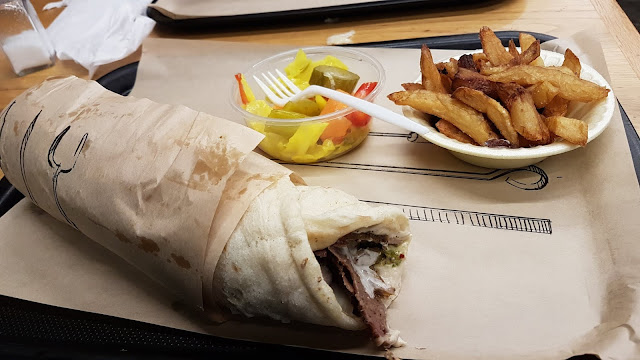 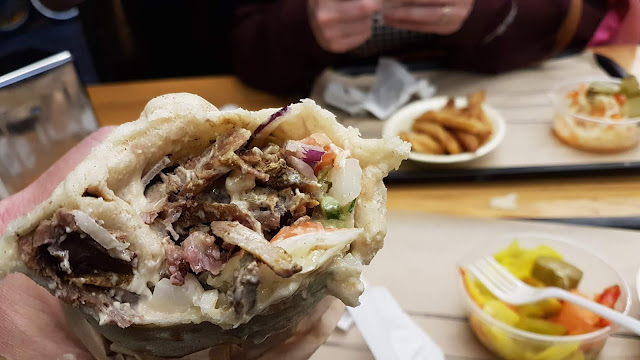 At first I thought it was a bit pricey, but the quality, quantity, and taste were all excellent and I was stuffed. Overall, it was a very well run and efficient establishment and, as I found out, a pretty darn good meal and a decent value for Tel Aviv where food and drink prices rival London and Paris.

Title: Tel Aviv, Israel: It Was Much Shwarma Than Expected In December