Ariano-Irpino, Italy: This Place is Fruity, But In A Very Good Way

My aunt and uncle (zia e zio) live in Ariano, Irpino not too far from Il Frutteto. I went to visit them and my cousins (cugini) in Montecalvo, Irpino, my paternal grandfather's hometown, between Christmas and New Years, and we stopped here for lunch on our way from Naples (Napoli) to Montecalvo. 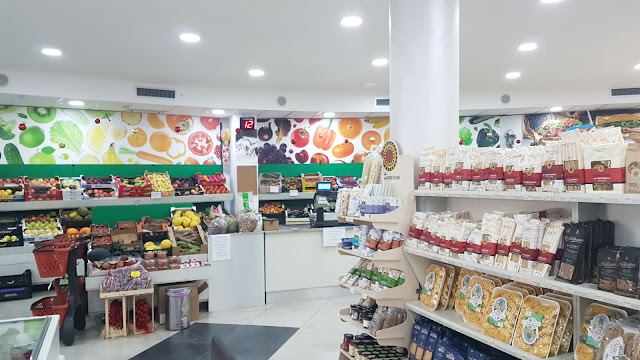 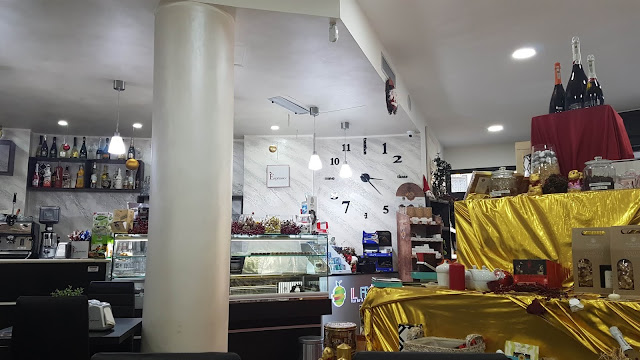 Il Frutteto means "the fruit orchard" in Italian and the owner, a friend of my cousin Gino, opened this huge bar two years ago after owning a fruit and vegetable shop elsewhere in Ariano for many years. In addition to fruit, vegetables and groceries, they have a coffee bar with coffees, teas and pastries, a deli with meats and cheeses, and a tavola caldo (hot table) with an assortment of home cooked lunch options available at very reasonable prices. 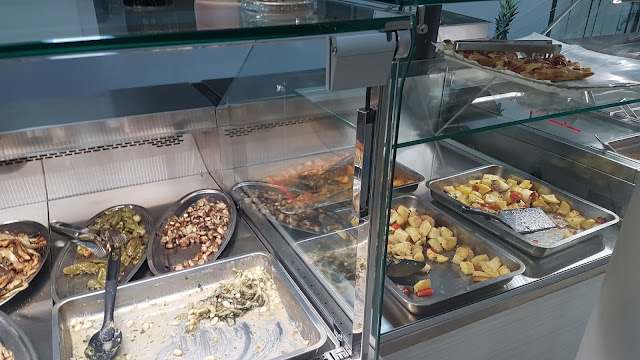 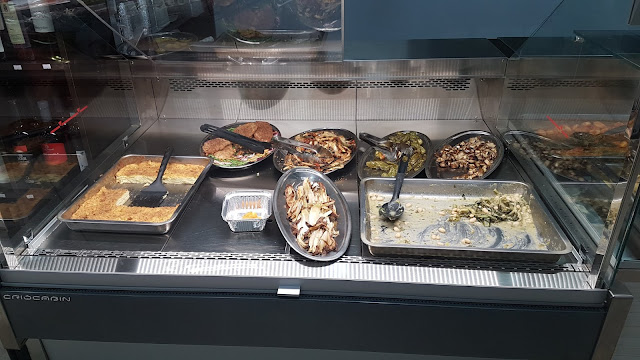 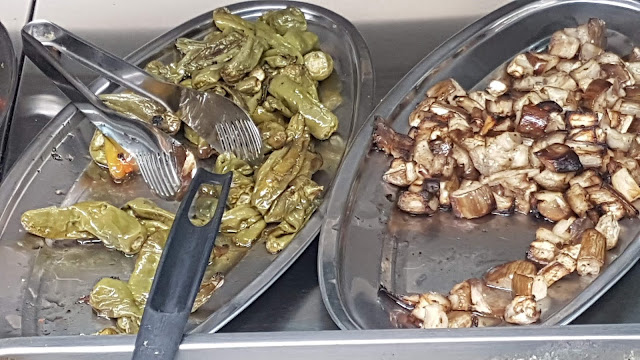 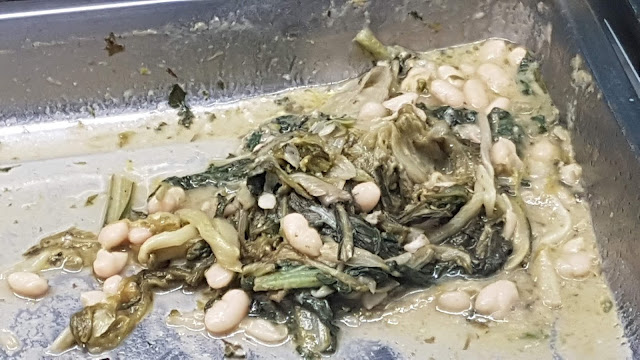 We started with a primo (first dish) of hand made cicatelli, local dialect for cavatelli, with fresh tomatoes ... BUONISSIMO! For our secondi (second course) my nephew Francesco had a cotoletta Milanese (breaded veal cutlet), my cousin Gino the baccala, salted codfish also prepared with fresh tomatoes, while I kept it light with a small portion of zuppa di fagioli e scarole (ricetta campana - an escarole and bean soup my grandmother, also from the nearby small town of Trevico, used to make me as a child) and friarielli montecalvese (a long, green pepper roasted in olive oil - different than "friarielli" in Naples which is what they call broccoli rabe sautéed in olive oil). Everything was fresh and made in-house, a delicious meal, including a glass of wine and espresso, for just €30 ($34.30). Abbiamo mangiato bene e pagato poco (we ate very well and paid little) ... HOOAH! 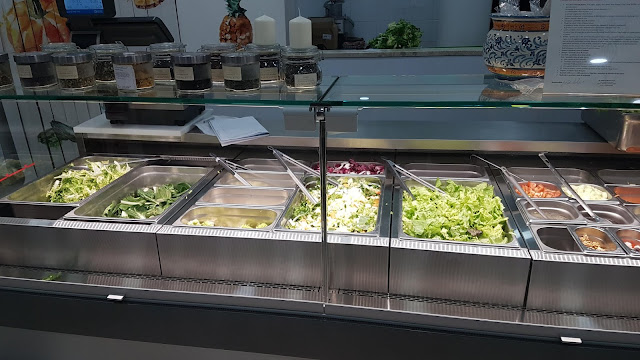 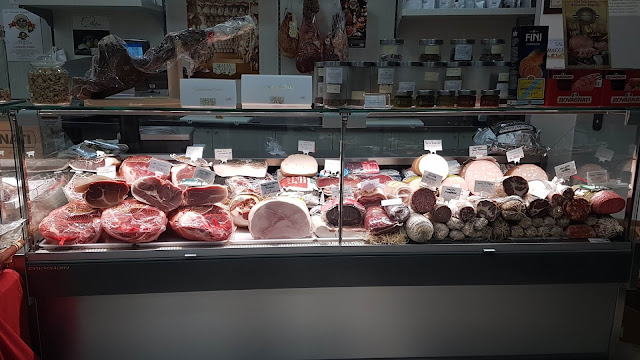 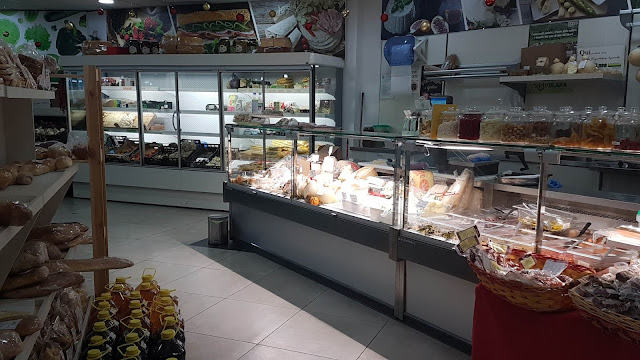 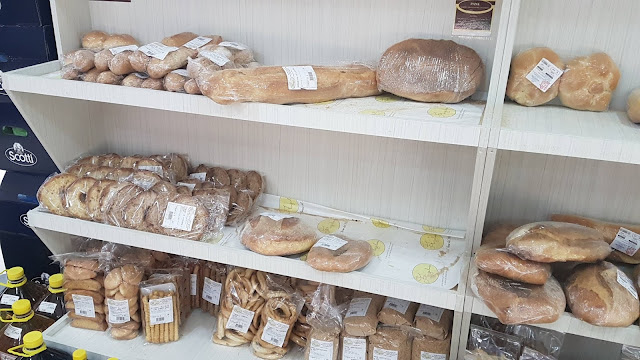 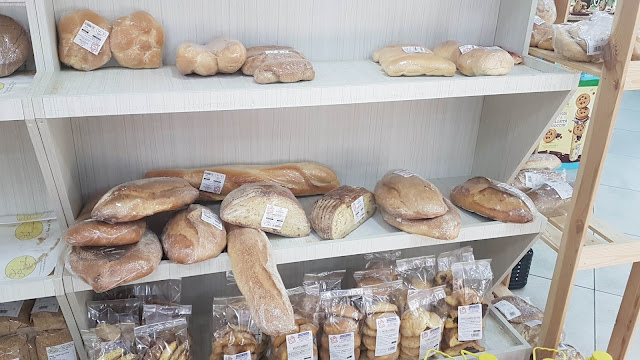 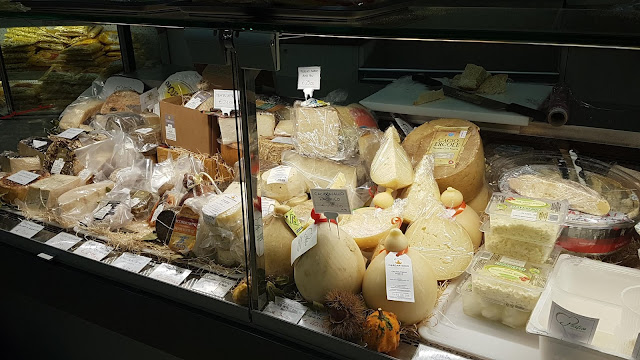 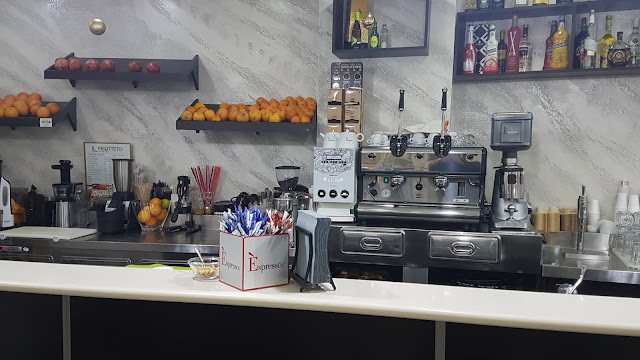 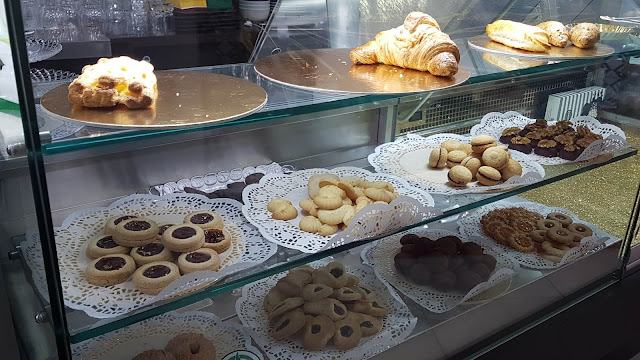 I also bought a jar of crema al limone (lemon cream) for my wife, a relative bargain at €4.60 ($5.25), to take back to Naples as she was unable to accompany me on this trip. 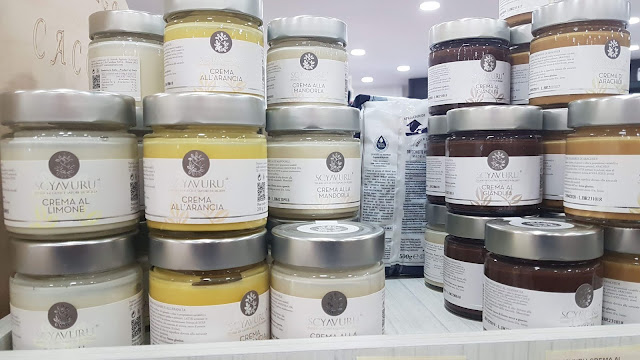 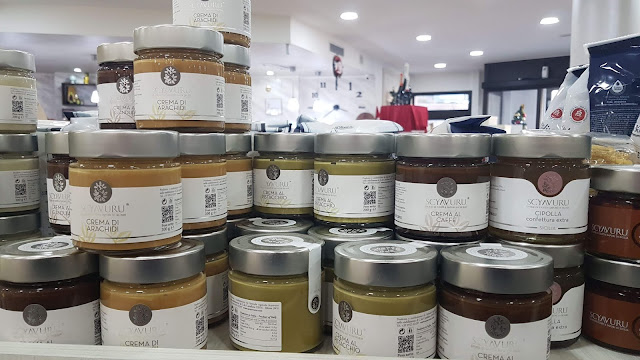 CombatCritic Gives Il Frutteto 10 Bombs Out Of 10 And A Spot On My "WALL OF FAME" ... More Bombs Are Better!

Title: Ariano-Irpino, Italy: This Place is Fruity, But In A Very Good Way