London, England: I Was, Nearly, Over The Moon For La Luna


Pretty good Italian food at a reasonable price, the place was quiet on a Thursday night after our first day in London and a miserable trip (two cancelled flights, lost luggage, and no sleep for 36+ hours). It is a simple place with a nice ambiance and the aroma of garlic in the air as we entered. 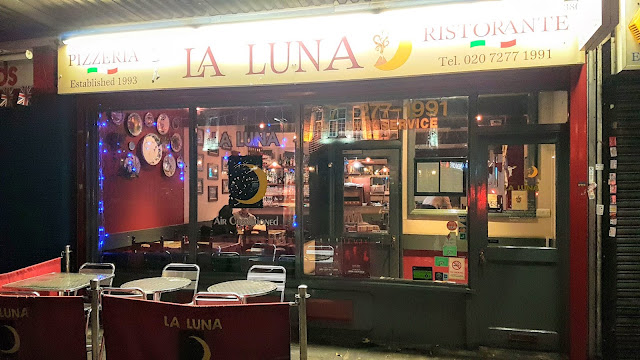 Many of the staff are Italians, a good thing at an Italian restaurant, with the chef hailing from bella Napoli. The pizza oven looks authentic, but it appeared out of use until the pizzaiuolo (pizza maker) put our garlic bread inside to bake. Turns out it is gas fired. 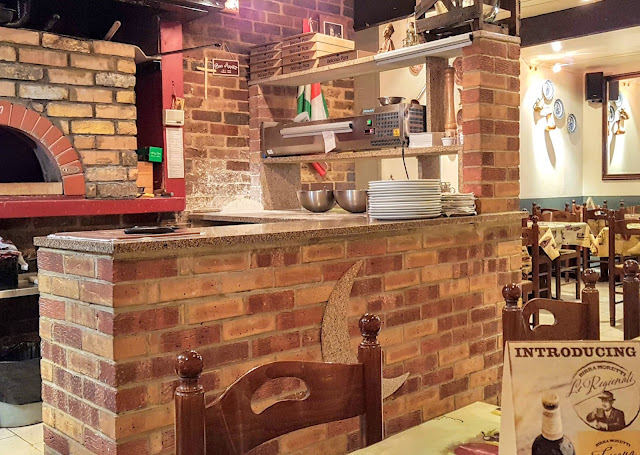 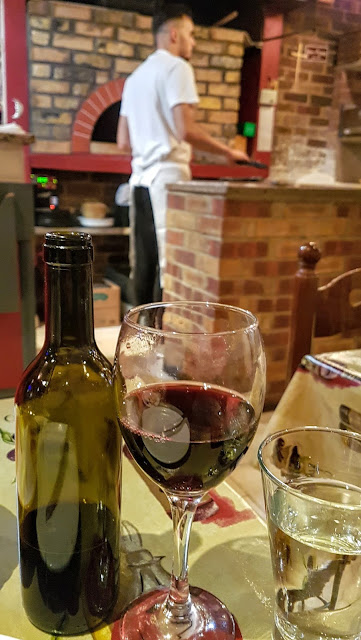 We started with a Caprese Salad - "fresh (buffalo) mozzarella cheese, tomato, basil, and olive oil" (£6.90) - as well as an order of garlic bread (£3) as previously mentioned. The mozzarella was neither fresh nor Mozzarella di Bufala as far as I could tell and there were just four large, halved cherry tomatoes surrounding the ball of cheese which was topped with one lonely basil leaf. There was a "skin" on the outside of the mozzarella and it did not ooze liquid, indicating that it wIt was not the worst Caprese I have had, but it was far from the best. The garlic bread was actually pizza dough topped with olive oil and salt, then baked in the gas oven. It was tasty and a decent value. I also had a half bottle of house red wine (£6.90), a Merlot which was smooth, light, and tasty. 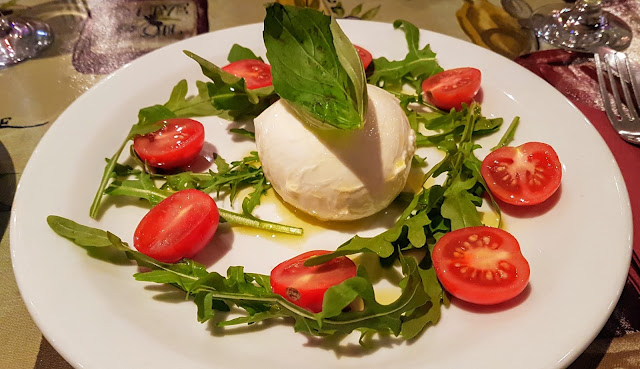 I saw that they had a Salsiccia e Friarielli (sausage and broccoli rabe sautéed in olive oil) Pizza (£9.90) on the menu, so I asked if they could make me a pasta dish with sausage and friarielli as well, a request to which they readily agreed. Bravo! The pasta was quite tasty and well prepared, indicating that the Neapolitan chef knew what he was doing. They charged me the same for the pasta as they do for the pizza (£9.90). 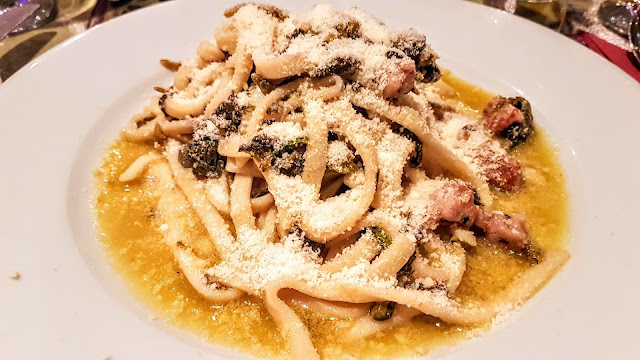 My wife's Spaghetti Carbonara (£8.50) was made with cream, pancetta, and egg and she enjoyed it very much even though it was "a bit too salty". It was a decent portion and a very good value for the price, but authentic it was not as you would never find cream as an ingredient in a carbonara in Italy. 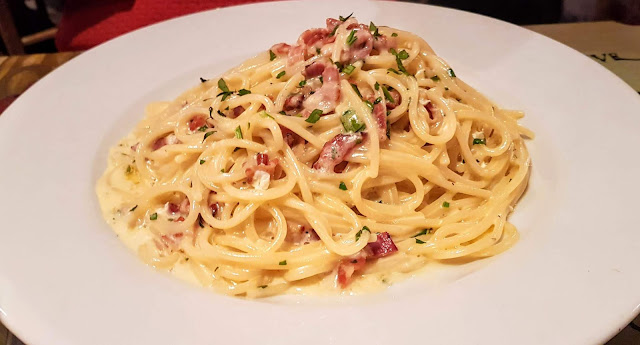 I would have given them an extra "BOMB" had the Caprese salad been better and more fresh and the carbonara prepared more traditionally. As they say in bella Napoli ... così così (so-so).

Title: London, England: I Was, Nearly, Over The Moon For La Luna